The Navy intends to deploy its conventional prompt strike hypersonic weapon on Virginia-class attack submarines, after previous discussions of putting the weapon on the larger Ohio-class guided-missile submarine (SSGN), according to budget request documents.

On the Conventional Prompt Strike, the Navy wants to invest $1 billion for research and development.

“The CPS program develops warfighting capability to enable precise and timely strike capability in contested environments across surface and sub-surface platforms,” reads the budget documents.
“The Navy’s CPS program will design a missile comprised of a Common Hypersonic Glide Body (C-HGB) and a 34.5 inch two-stage booster. The program is pursuing an [initial operational capability] of FY 2028 in which the missile will be fielded on a Virginia class submarine with Virginia Payload Module.”

In the fall of 2017, the Navy and Defense Department tested “the first conventional prompt strike missile for the United States Navy in the form factor that would eventually, could eventually be utilized if leadership chooses to do so, in an Ohio-class tube,” now-retired Vice Adm. Terry Benedict, who then directed the Navy’s Strategic Systems Programs (SSP), said, calling it “a monumental achievement.”

The conventional prompt global strike capability would allow the U.S. to hit any target on the planet with precision-guided weapons in less than an hour. Similar to nuclear weapons, part of that prompt strike capability would rely on multiple ways to launch the missiles from ships, submarines or ground launchers around the globe.

Following Benedict’s comments, which focused on the SSGNs as a future host for the weapon, the SSP office told USNI News that the four Ohio-class SSBNs that were previously converted to guided-missile submarines (SSGNs) or future Virginia-class attack submarines with the Virginia Payload Module would likely be the platforms contributing to conventional prompt global strike mission.

The Virginia Payload Module is a segment added into the middle of the Virginia SSN design that holds 28 additional missile tubes, for a total of 40 missiles per boat. Its insertion into the design for Block V Virginias and beyond is meant to help add more missile tube capacity as the four Ohio-class SSGNs that carry 154 missiles apiece retire from service. 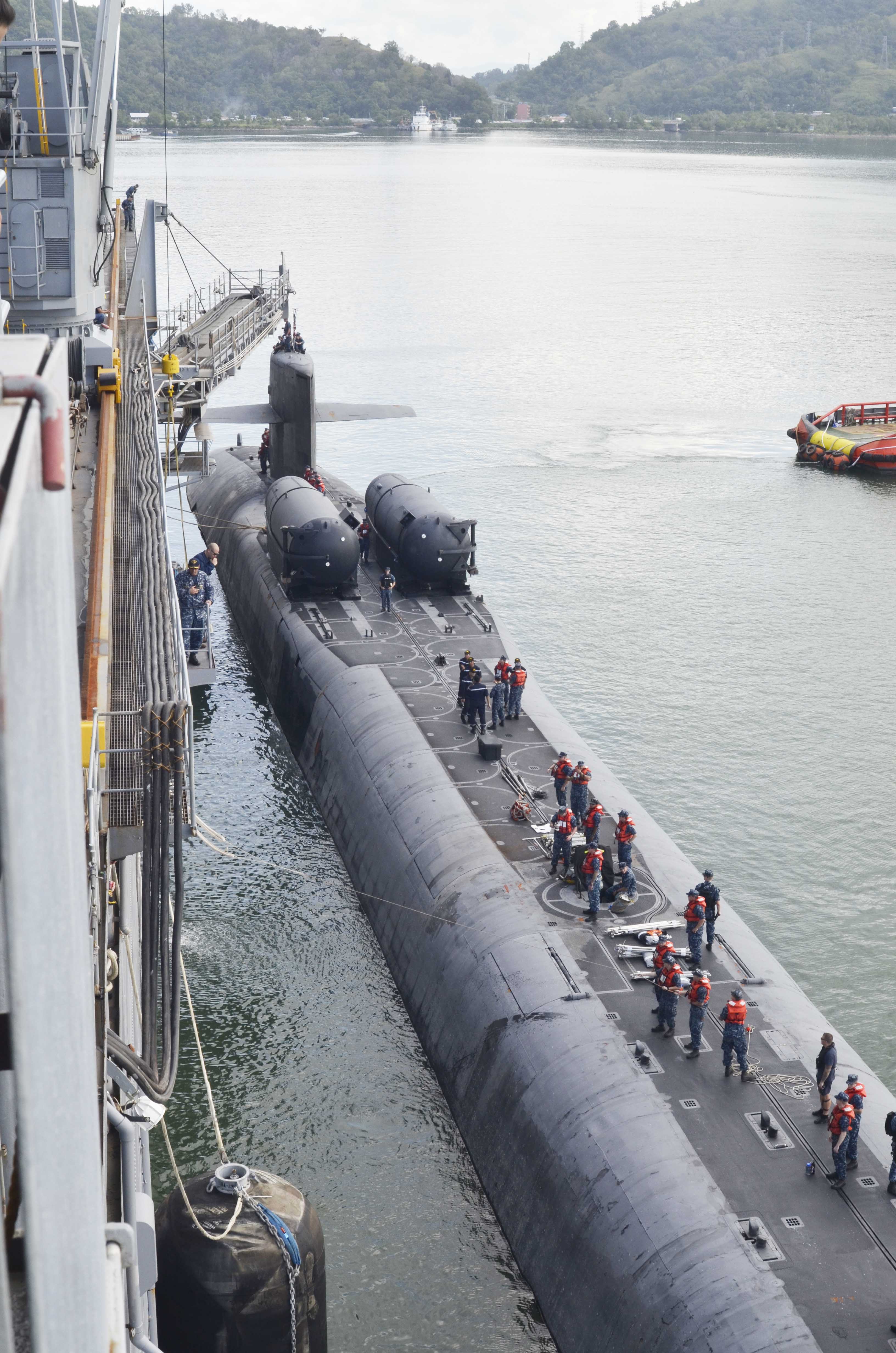 A year later, in the fall of 2018, Benedict’s successor, Vice Adm. Johnny Wolfe, said the Navy was developing a common cone hypersonic glide body for all the services to field on whatever platforms they want – and for the Navy, that could be submarines or it could be a surface ship like a destroyer.

“From a Navy perspective, we’re developing the booster that our hypersonic glide body will go on, and we’re doing it though in such a way that we’re taking the most stringent requirement – which is underwater launch – and so as we develop it we will do it in such a way that as the bigger Navy comes through what platform or platforms they actually want to deploy this on, the launcher and the glide body will be able to survive any of those environments,” Wolfe said.
“The key is, we will start with the most stringent requirement, we will build the missile and the glide body to that, so that as we look at how we’re going to do it we don’t have to go back and do a bunch of redesign.”

Last month, Commander of Naval Surface Forces Vice Adm. Rich Brown told reporters that he could envision the Zumwalt-class destroyer – with its larger size, power generation and missile launcher compared to the Arleigh Burke-class DDG – being a host for the conventional prompt strike weapon.

“I have got to tell you, I am thoroughly impressed with the capabilities that that destroyer will bring into our fleet. As a matter of fact, I would love to have six more of them, because the capabilities are that good. If you look at conventional prompt strike, I can think of no other better platform than to put conventional prompt strike on that platform. And then once that happens, or if that happens, make no mistake, it will put the fear of god into our adversaries once we marry those two platforms together,” he said.

The Navy has not ruled out this possibility, but it appears that the Virginia subs with the Virginia Payload Module – which will be included in the Block V submarines being built today – will be the first to operate with the new hypersonic weapon.