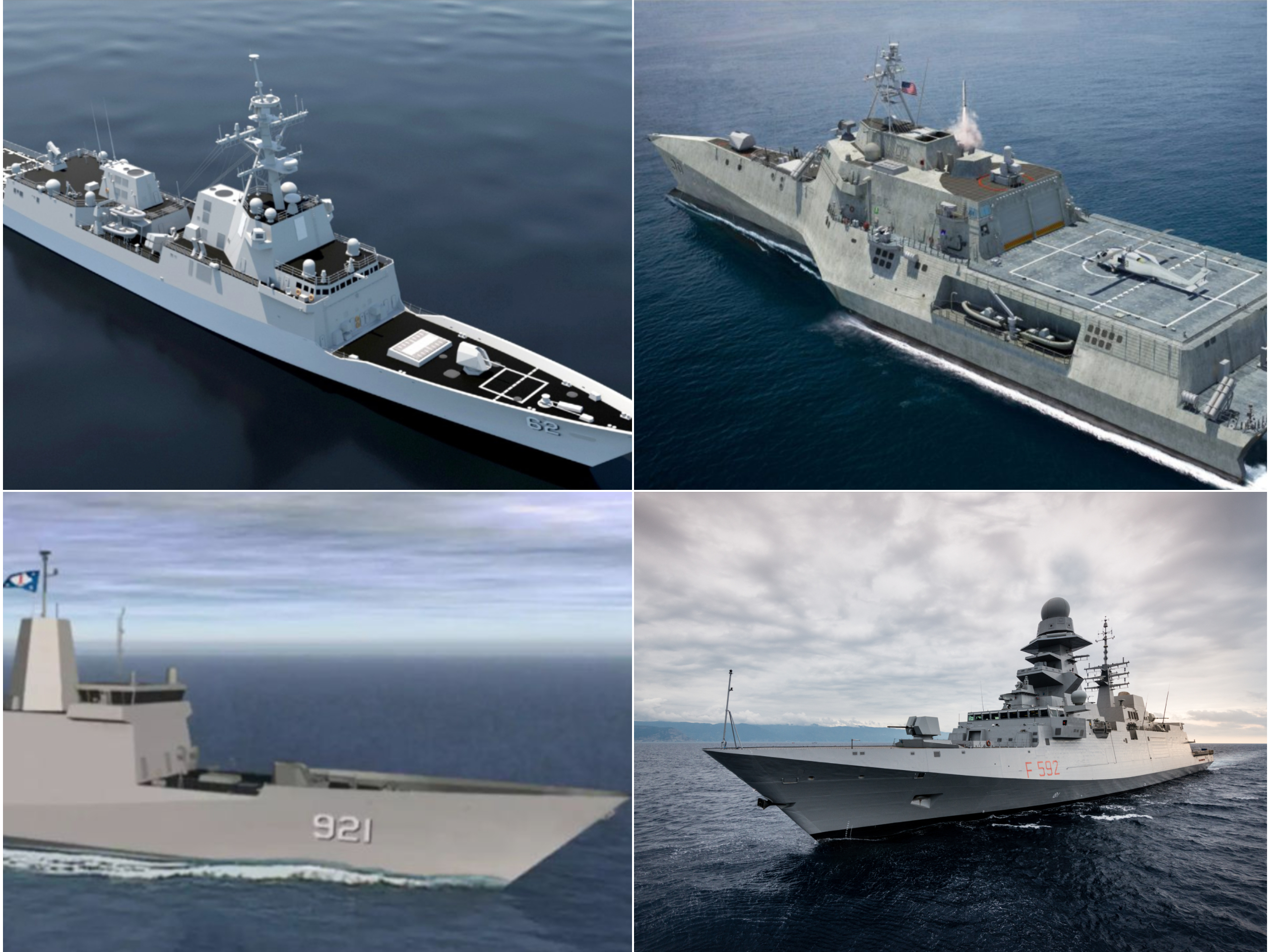 The Navy’s second frigate will cost $1.1 billion to build, an increase over previous estimates as the shipbuilding program is being slowed down amid budget constraints and cuts to overall ship procurement plans.

Congress gave the Navy $1.3 billion in Fiscal Year 2020 to buy the lead ship, for which the Navy is still in the process of selecting a shipbuilder. Though lower than the cost of the lead ship, the $1.1 billion for the second ship is above the ultimate cost goal for the small combatant, meant to be an upgrade compared to the Littoral Combat Ship but a less expensive option than a destroyer.

Regan Campbell, the frigate program manager within the Program Executive Office for Unmanned and Small Combatants, said in January 2019 that the average cost of hulls 2 through 20 was likely to be well below the threshold cost of $950 million apiece and was heading towards the $800 million objective cost.

“We started closer to the $950; we are trending to very close to the $800 now,” she said last year.
“We have taken some very significant costs out of the average follow units. Lead ship? I won’t give you a number, but it is reflected in the president’s budget, which you will see shortly.”

That lead ship cost ended up being $1.28 billion. Lead ships often cost more, as the shipbuilder has to ramp up and train its workforce, turn technical drawings and build plans into actual processes that can be optimized over time, and ensure the shipyard has the necessary shops and tools.

“Removing a ship from the profile does result in a small increase in the FY 21 ship,” Naval Sea Systems Command spokesman Alan Baribeau told USNI News.

Though the cost of the ships would be expected to decrease over the first several ships, having a $1.1-billion bill for the second ship means the Navy and its contractor will have work to do to get the average cost down to $950 million apiece, let alone to the $800 million figure the program office had touted last year.

The service believes it’s on track to do so, despite the anticipated cost of the second ship.

“The Navy is striving to meet the objective cost of $800 million (constant year 2018 dollars) for the average follow ships (i.e. ships 2-20). The threshold cost for average follow ships is $950M (constant year 2018 dollars). As the average follow cost is based on the average cost of ships 2 through 20, any one ship in the budget cannot be compared to those values. Also, the budget is in then-year dollars, so it accounts to escalation from the base year of 2018,” Baribeau told USNI News in an email.
“Even with the change in profile, the Navy still expects the average cost of ships 2 through 20 to be between threshold and objective.”

Among the challenges with the frigate’s cost is the comparison it will face to the destroyer and LCS programs. A Flight IIA Arleigh Burke destroyer cost about $1.8 billion but was equipped with much more capability than a frigate, including 96 vertical launch missile cells compared to the 32 expected on the frigates. Congress appropriated $519.5 million apiece for the last three LCSs, which then need a mission package fielded and are largely limited to conducting operations in a single warfare area at a time. The frigate was meant to thread the needle between the two, being outfitted with multi-warfare systems but also being inexpensive enough to field in larger numbers to help distribute the force in a way the service cannot afford to do with destroyers alone. Lawmakers were unhappy when the $950-million figure first surfaced, with worries that the cost was too high to field in the numbers desired.

It’s unclear just how much the new acquisition profile will affect this cost curve coming down. The Navy previously stated it would buy a single ship in this current year, FY 2020, and then begin two-a-year buys in 2021. Shipbuilders competing for the contract are already making or planning yard upgrades to support this two-a-year rate, USNI News has reported, and it’s unclear how slowing down production would affect the program’s cost. Often there are efficiencies gained by reaching a certain rate of production – the two LCS builders were optimized for two a year each, or four total a year, and warned of negative consequences as Navy investments in the LCS program tapered off in recent years.

The Navy’s new acquisition profile, as outlined in the FY 2021 budget request, would buy just one a year in 2021 and 2022, go up to two in 2023 and 2024, and then go up to three frigates in 2025 – which may require bringing in a second builder, an option the Navy has remained open to to accelerate introducing small combatants to the fleet.

The frigate development process has been unlike previous ones, where the Navy put together a Requirements Evaluation Team that brought together the service’s budget, requirements and engineering communities along with industry to have talks early on about what exactly the fleet needed and how to balance cost with capability. The program office then awarded conceptual design contracts to five shipbuilders, and through that process the program office believes they’ve driven cost out of the program while making sure the ships will be lethal and relevant under the National Defense Strategy and emerging Navy warfighting concepts.

The Navy is currently considering bids for the program, with an expected contract award as early as this summer or as late as the Sept. 30 end of the fiscal year. Austal USA proposed a design based on its Independence-variant LCS. Fincantieri and its Marinette Marine shipyard in Wisconsin proposed a design based on Fincantieri’s FREMM Italian frigate design. General Dynamics Bath Iron Works and Spanish shipbuilder Navantia are pairing on a bid based on the F100 frigate design. And Huntington Ingalls Industries proposed a design it has not talked publicly about.