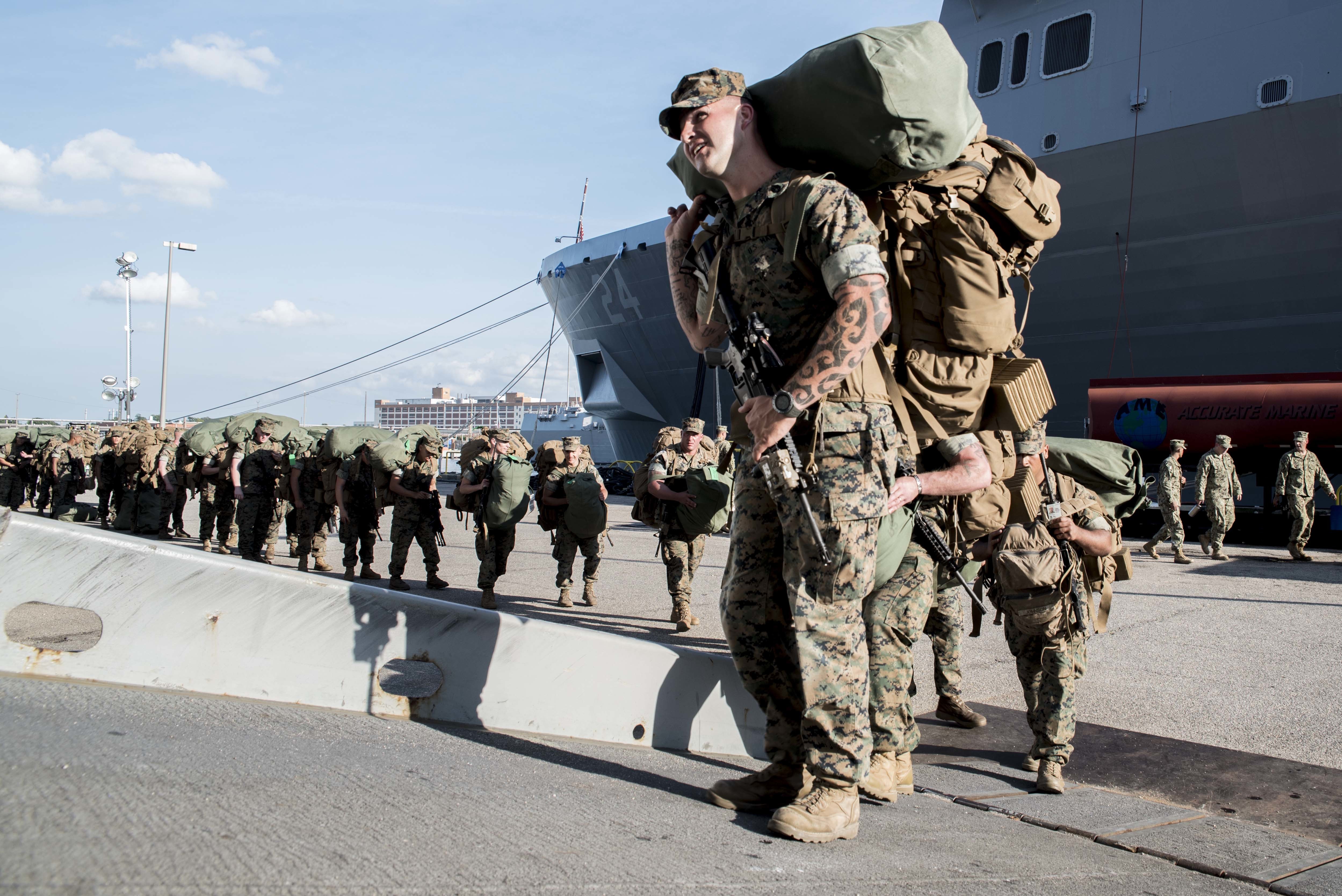 The Navy is asking for a modest increase in force size for Fiscal Year 2021 while the Marine Corps is asking for a small reduction, according to the Department of the Navy’s budget request.

Next year, the Navy wants authorization to grow the size of its force by nearly 6,000 active-duty personnel, to an estimated end strength of 346,021 active-duty officers and enlisted sailors, according to the Department of the Navy FY 2021 budget request, released Monday.

As of Monday, the Navy had 338,114 active-duty officers, enlisted and Midshipmen at the U.S. Naval Academy, according to the service.

The requested increase in force, “Reduces gaps at sea and improves on expertise and experience,” the Navy’s FY 2021 budget request states.

In recent years, increasing the size of the force has for the Navy meant focusing on retaining officers and enlisted personnel while recruiting new sailors. To encourage personnel to remain in uniform, the Navy has steadily introduced a variety of measures intended to make serving in the Navy more attractive.

The Navy recently upgraded its enlisted detailing process, intending to add transparency to the system. The Navy has also introduced programs to reward sailors for moving into hard-to-fill billets. At the same time, the Navy has curtailed its early retirement programs.

The result, ships are better staffed now when they deploy than they were a year ago, Vice Adm. John Nowell, the commander of naval personnel, said last month, at the Surface Navy Association 2020 Symposium.

Meanwhile, the Marine Corps is requesting an authorized end strength of 184,600 Marines, a decrease of 500 Marines from last year’s request.

The Marine Corps plans to shed the estimated 500 billets mostly from headquarters staff by not replacing Marines who rotate to other jobs or leave the force, Rear Adm. Randy Crites, the Navy’s director of fiscal management, said during a media briefing Monday at the Pentagon.