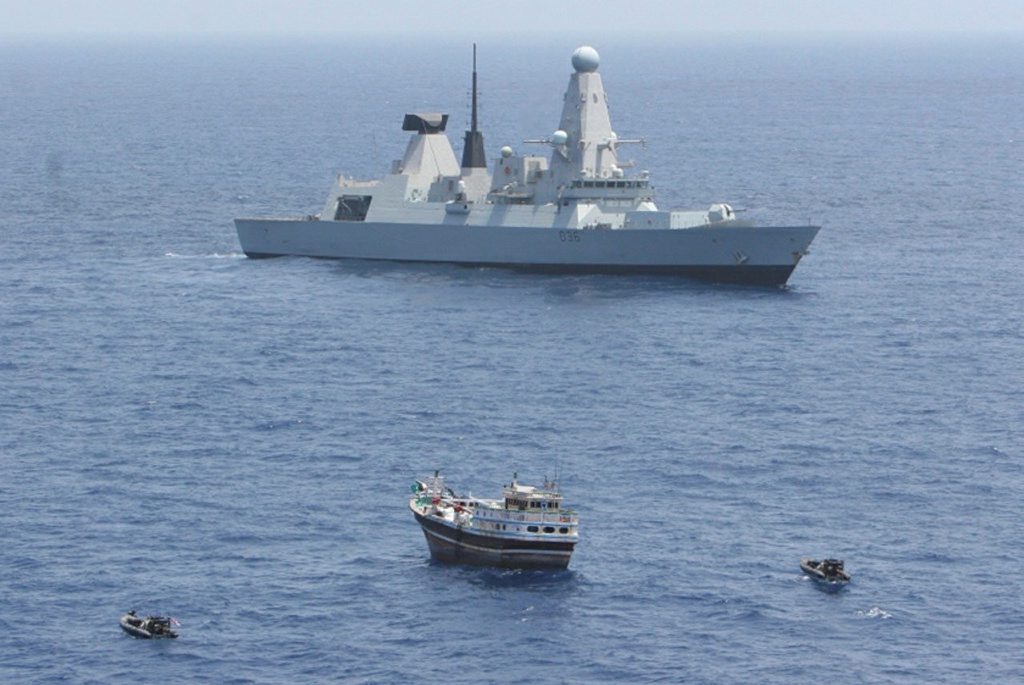 The United Kingdom’s Royal Navy will escort British vessels through the Strait of Hormuz as tensions in the region remain elevated following a U.S. drone strike that killed a top Iranian general.

Several media outlets reported the Royal Navy’s plan to protect UK-flagged ships. HMS Montrose (F236), a Duke-class Type 23 frigate, and HMS Defender (D36 ), a Daring-class Type 45 destroyer, were sent to escort British-flagged ships through the strategic choke maritime chokepoint, according to a report in The Guardian.

For now, the United States military is not altering its efforts to protect shipping in the Strait of Hormuz, Persian Gulf or the Middle East, Department of Defense and Navy spokespeople told USNI News. The U.S. effort, dubbed Operation Sentinel, is a program providing allies with intelligence about potential maritime threats in the Middle East.

On Friday, USNI News learned the Navy was redirecting USS Bataan (LHD-5), its amphibious ready group and its embarked 26th Marine Expeditionary Unit to the Middle East. Bataan and the 26th MEU had been scheduled to take part in a naval exercise with the Moroccan military. Pentagon officials later said in a separate announcement, up to 3,500 additional troops were being sent to the region, after sending about 750 members of the 82nd Airborne to Kuwait on New Year’s Day.

The Strait of Hormuz is located between Oman and Iran and connects the Persian Gulf with the Gulf of Oman and the Arabian Sea. In 2018, an average of 21 million barrels of oil flowed through the narrow passage, equal to 21 percent of the global petroleum liquid’s consumption, according to the U.S. Department of Energy.

“There are limited options to bypass the Strait of Hormuz. Only Saudi Arabia and the United Arab Emirates have pipelines that can ship crude oil outside the Persian Gulf and have the additional pipeline capacity to circumvent the Strait of Hormuz,” according to the DoE.

Combined, both pipelines from Saudi Arabia and the United Arab Emirates have an estimated capacity to move 6.5 million barrels of oil per day, according to the DoE.

Just before the drone strike, Iran wrapped up a joint naval exercise with Russia and China. The four-day operation occurred in the Sea of Oman and the Indian Ocean, at the entrance to the Strait of Hormuz, according to an account in the state-run Islamic Republic News Agency.

As a counter to the U.S.-led Operation Sentinel, Iran has partnered with Russia to create a naval patrol effort, called the Persian Gulf and Hormuz Peace Endeavor (HOPE).

“In contrast to those who promote warmongering in the region, Iran and Russia have presented initiatives which are similar to each other aiming to maintain peace in the region,” said Mohammad Javad Zarif, Iran’s Foreign Minister, just after the naval exercise with Russia started, according to IRNA.