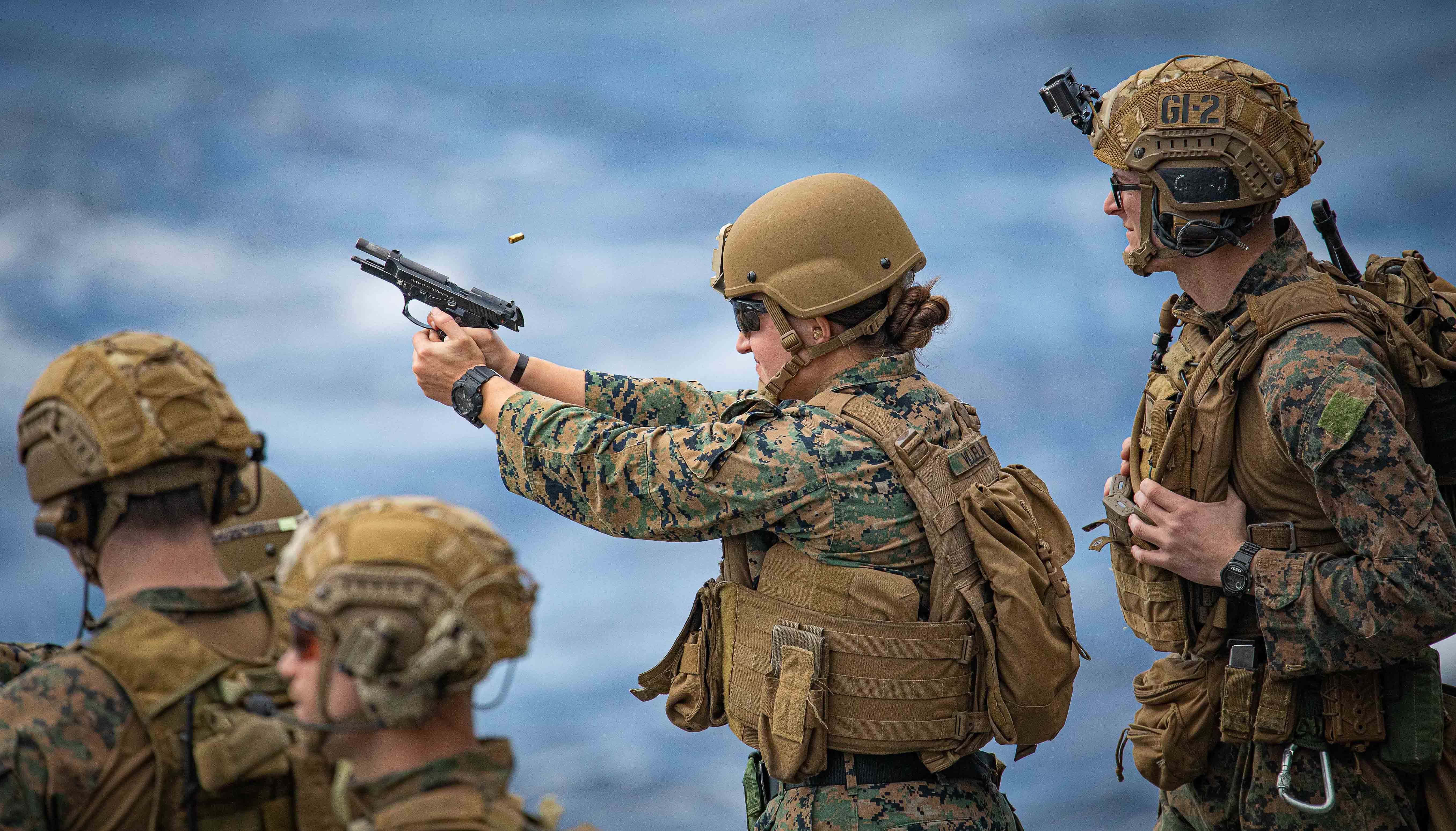 Amid rising tensions with Iran, the Navy is scrapping an exercise with Morocco as it redirects amphibious assault ship USS Bataan (LHD-5) and embarked 26th Marine Expeditionary Unit to the Middle East, a defense official confirmed to USNI News on Friday.

The Marines will join soldiers from the Fort Bragg, N.C.-based 82nd Airborne who have been sent to Iraq as a security measure following the U.S. operation that killed a top Iranian military leader on Thursday.

Qasem Soleimani was killed by a U.S. drone attack, according to the Department of Defense. Soleimani was the head of Iran’s Islamic Revolutionary Guard Corps – Quds Force, a U.S.-designated Foreign Terrorist Organization.

“Soleimani was actively developing plans to attack American diplomats and service members in Iraq and throughout the region,” according to a Pentagon statement.

The new deployments and the death Soleimani are part of a recent string of escalating interactions between Iran, Iranian-backed forces and the U.S. in Iraq and Syria.

On Tuesday, a mob including members of the Iranian-backed Kataib Hezbollah militia stormed the front gate of the U.S. Embassy compound in Baghdad. The mob was protesting recent U.S. military airstrikes on five Kataib Hezbollah sites in Iraq and Syria.

On New Year’s Day, the Pentagon sent about 750 members of the Army’s 82nd Airborne Division to Kuwait.

The Bataan Amphibious Ready Group had just arrived off the coast of Morocco this week before its new tasking, according to the USNI Fleet tracker. The ARG deployed quietly from the East Coast in December.