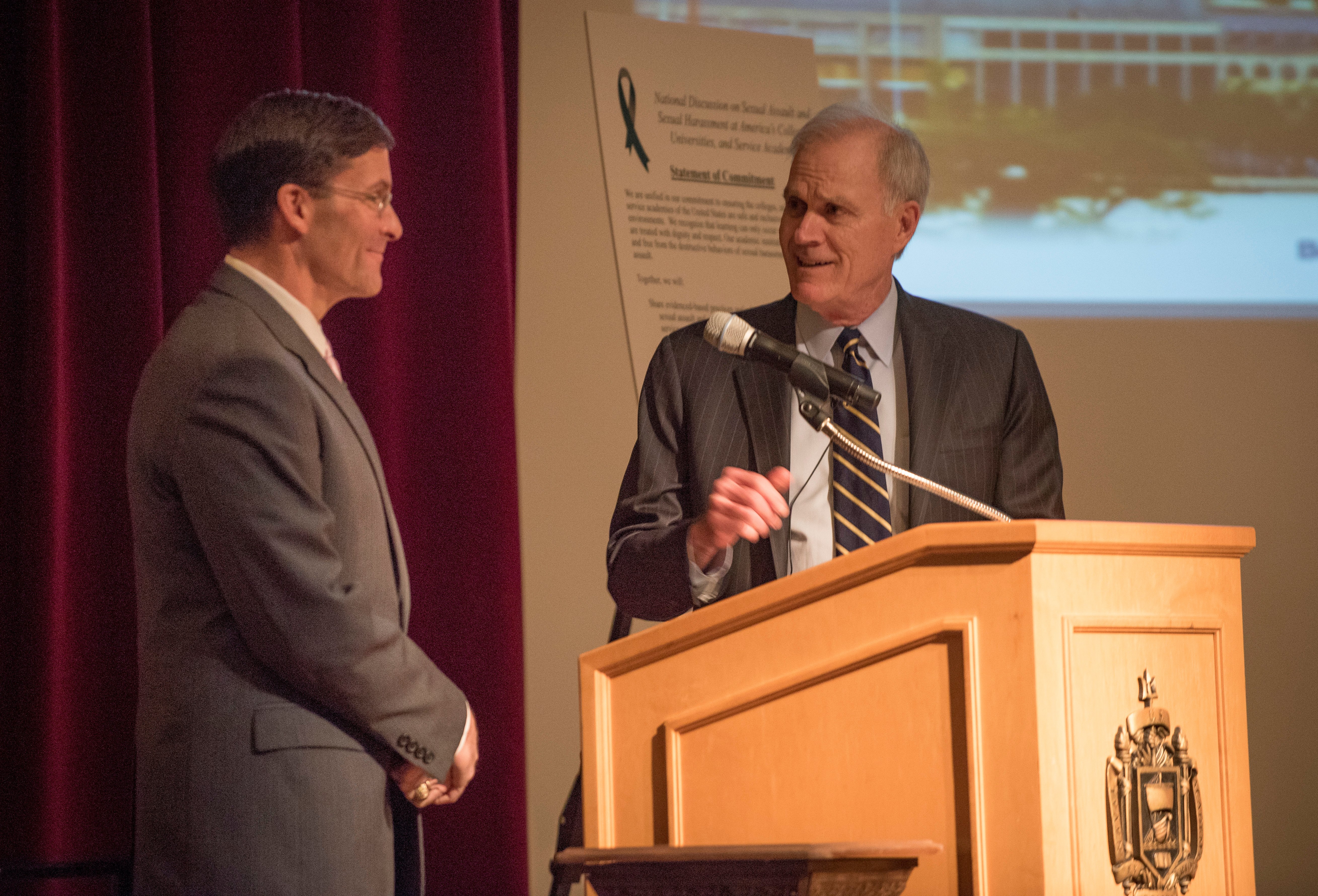 This post has been updated with statements from former SECNAV Richard V. Spencer made to CBS News.

THE PENTAGON – Richard V. Spencer, former secretary of the Navy, was fired because it became clear his conversations inside the Pentagon did not match what he secretly discussed with White House officials, Secretary of Defense Mark Esper said Monday morning.

Esper, speaking to members of the media, said removing Spencer was not about the legal case of Navy SEAL Chief Edward Gallagher, but rather about following the chain of command. However, Gallagher’s months-long legal saga surrounding events that occurred in Iraq in 2017 was very much at the center of Spencer’s dismissal.

Publicly and inside the Pentagon, Spencer maintained a review of Gallagher’s ability to retain his Naval Special Warfare designation should move forward. Quietly, it turns out Spencer – without Esper’s knowledge – tried to work a deal with White House officials to make it look as if the review would occur while guaranteeing an outcome promoted by President Donald Trump.

In an interview with CBS on Monday, Spencer admitted he had proposed an arrangement on Nov. 15 to the White House that would allow Gallagher to retire as a SEAL.

“In order to preserve the resiliency of the naval institution, I had to step up and do something when it came to the Gallagher case,” Spencer said.
“I will take the bad on me, for not letting [Esper] know I did that,” Spencer said. “But as far as I was concerned, at that point, the president understood the deal. Arguably, he doesn’t have to deal with anyone. [Trump] said, ‘I’m going to be involved.’ He sent a signed letter to me, an order with his signature on it, saying, ‘Promote Edward Gallagher to [Chief],'”

In July, a military panel acquitted Gallagher of premeditated murder, obstruction of justice and other major charges during a court-marshal. Gallagher was convicted on charges he posed for a photo next to a slain member of ISIS. Navy leadership moved to reduce Gallagher in rank to Petty Officer First Class. President Donald Trump overturned the demotion and restored Gallagher to a Chief Petty Officer a week ago.

Trump let the Navy know by a tweet he did not want the Navy to move forward with holding a review board comprised of other non-commissioned officers in December that could have stripped Gallagher of his Naval Special Warfare designation – his trident.

Spencer in public statements maintained the review process should be allowed to run its course, telling Reuters a review of Gallagher’s rating should continue, despite the tweet from Trump.

“I believe the process matters for good order and discipline,” Spencer said in remarks that were confirmed by a Navy spokesperson to USNI News. “I think we have a process in place, which we’re going forward with, and that’s my job.”

When speaking with reporters Monday, Esper said he and Gen. Mark Milley, chairman of the joint chiefs of staff, had agreed the review process should play out as intended. When leaving a meeting at the White House on Friday, though, Esper said he and Milley were told by a senior staffer how Spencer proposed a deal where in exchange for Trump remaining quiet about the Navy’s pending review, he’d guarantee Gallagher would retain his trident.

“We were flabbergasted by it and quite surprised and caught completely off guard,” Esper said. “This proposal was completely contrary to what we had agreed to and contrary to Secretary Spencer’s public position.”

Esper added he asked Spencer how he intended to rig the review board but did not get an answer.

“If that board of NCOs had come up with a different reason, who was going to be asked to change it? And that’s my issue,” Esper said.

In an attempt to help the SEAL community and the Navy move on from the Gallagher case, Esper said Gallagher would be allowed to retire at the end of November with his trident. As for the status of other special warfare operators who were to undergo reviews, Esper said he asked the Navy leadership study options.

“It is also my view that the issue should not be thrown in the laps of a board of senior NCOs to sort out. As professional as they are, no matter what they would decide, they would be criticized from many sides, which would further drag this issue on, dividing this institution,” Esper said. “I want the SEALs and the Navy to move beyond this now and get fully focused on their warfighting mission.”