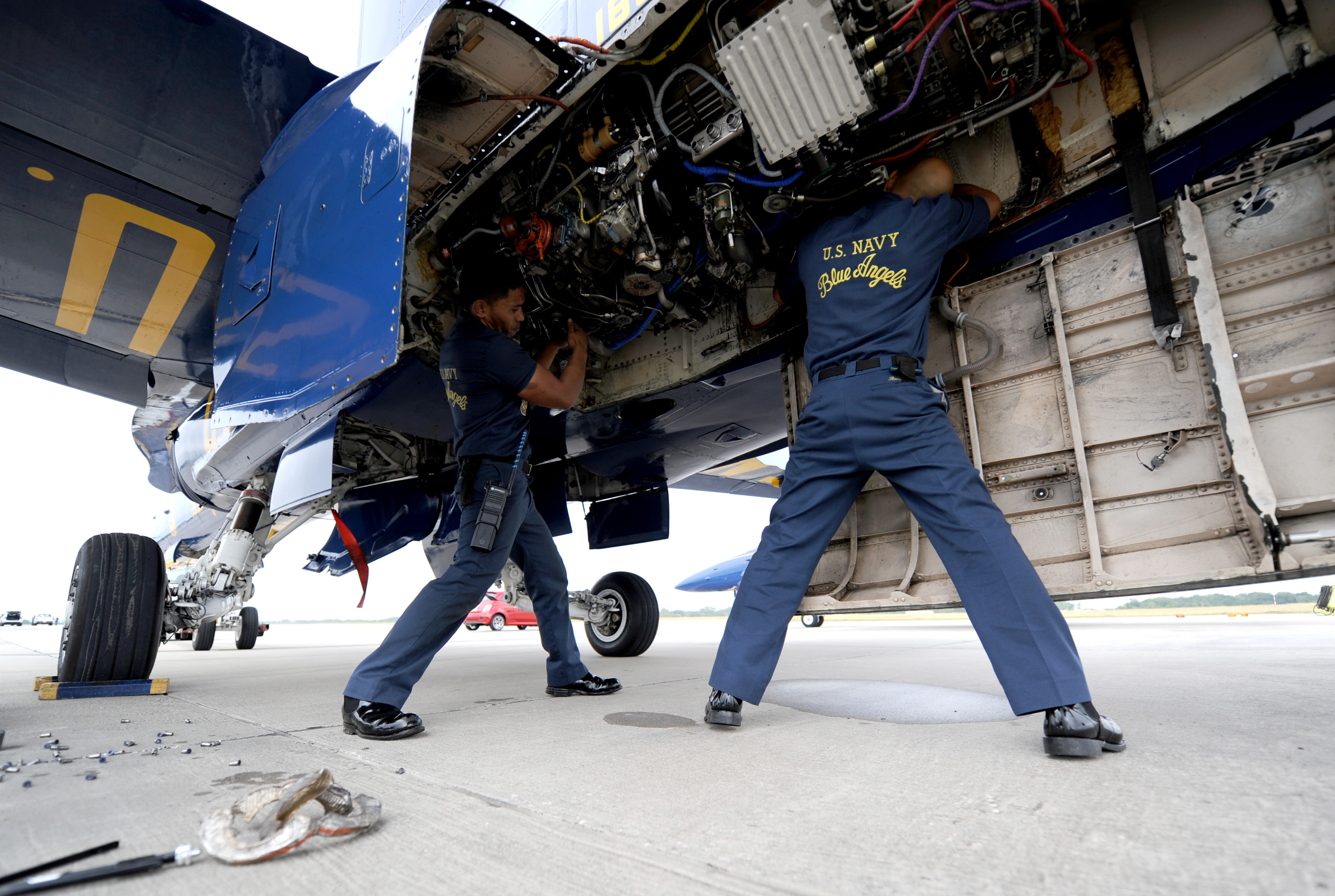 The Navy’s Blue Angels Flight Demonstration Squadron is seeking experienced maintainers to be in place by July 2020 as the team transitions to using F/A-18E/F Super Hornet airframes, the service said this week.

Earlier this week the Navy posted a call for petty officers (E5 and E6) experienced with maintaining the F/A-18E/F Super Hornets. The Navy has open billets for individuals with the aviation machinist’s mate, aviation electrician’s mate, aviation electronics technician and aircrew survival equipmentman ratings, according to a NAVADMIN.

The Navy is also seeking an aviation structural mechanic senior chief petty officer with Super Hornet experience, according to the NAVADMIN.

The Navy awarded Boeing a $17-million contract in August 2018 to retrofit nine Block 1 F/A-18E Super Hornets and two Block 1 F/A-18F Super Hornets to replace the F/A-18C/D fighters currently used the by squadron. The Blue Angels will receive Super Hornet airframes that were primarily used for training and expect to start receiving the modified planes next year. The Blue Angels plan to incorporate the new airframes into their 2021 performance schedule.

The aircraft flown by the Blue Angels are modified to enhance their performance during airshows. Nose cannons are removed and replaced with smoke-oil tanks; a civilian instrumentation landing system is installed; and the cockpits have a spring installed on the stick to maintain a constant seven pounds of forward pressure, which enables improved formation and inverted flying.

Among the differences, Blue Angels pilots will need to account for lift and drag, thrust-to-weight and roll rate differences between the legacy aircraft and newer and larger Super Hornets. The Super Hornets are limited to flying for about 40 seconds inverted. In comparison, a Hornet can fly inverted for 60 seconds, according to a February post in Aviation News, published by the director of the Air Warfare Division.

Adopting the F/A-18E/F Super Hornet represents the 11th airframe change for the demonstration team since its founding in 1946. The team transitioned to the F/A-18A/B model on the Blue Angel’s 40th anniversary in 1986 from the Douglas A-4F Skyhawk II.