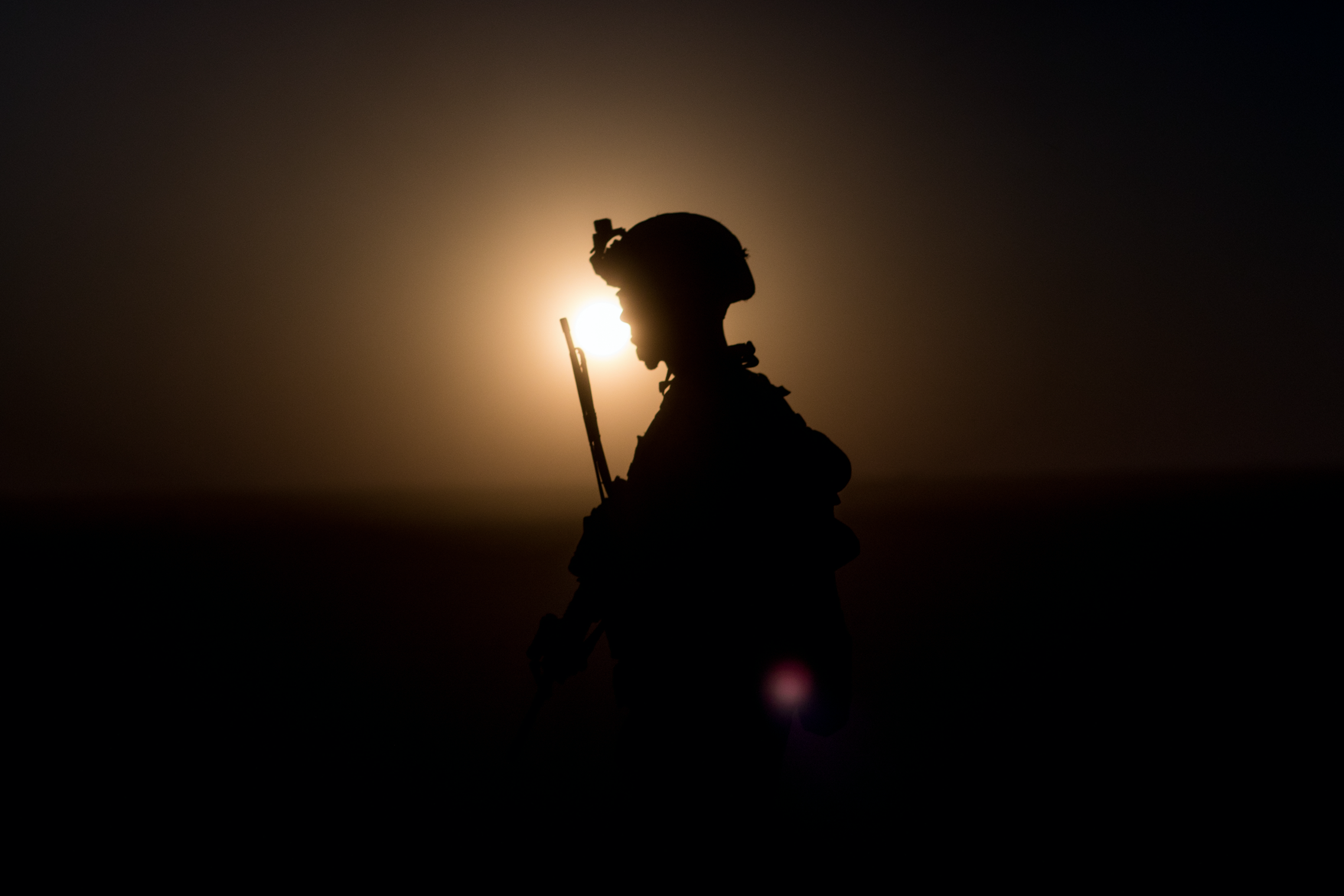 ISIS might have lost control of its last territorial stronghold in March, but the retired Marine Corps general who led American efforts to defeat the terrorist organization five years ago says the group remains much alive.

The killing of more than 60 attendees at a Kabul wedding party last month by a suicide bomber is a clear demonstration that, “ISIS remains a very virulent threat in the world,” retired Marine Gen. John Allen said Tuesday at the Brookings Institution. “We may see this [provincial offshoot of the Islamic State] become even stronger” as a result of the breakdown in peace negotiations between the United States and the Taliban.

Allen, who is now president of Brookings, said a clear indication of a future threat of terrorist attacks upon the United States may lay in the camps in Turkey where the spouses and children of detained foreign fighters are being housed because “no state will take [the youngsters] back.”

A new generation of terrorists might be emerging in the refugee camps and prisons, said Brett McGurk, who worked with Allen to build the coalition that successfully defeated the Islamic State militarily in Syria and Iraq. The same situation produced men like Abu Musab al-Zarqawi, who organized jihadists in Afghanistan and Iraq to fight against the Americans and coalition partners. Al-Zarqawi was killed in 2006.

“We have a difficult time taking Americans [who fought alongside ISIS in Syria or Iraq] back,” so the United States is not providing a model that other nations might use.

“This is the moment for American leadership,” Allen said. Five years ago, the U.S. led the way to assemble the coalition of 21 nations against the Islamic State. Now, the U.S. needs to similarly lead the way in handling foreign fighters and their families. Then ISIS controlled large parts of Iraq, threatening to capture Baghdad, and Syria, which already was engaged in a civil war.

Allen and McGurk agreed defeat of main force units doesn’t mean ISIS is defeated. The evidence is the bombings in Kabul, and splinter organizations operating from Africa to the Philippines. The extremist ideology behind the Islamic State’s claim to be the new caliphate also remains active on the internet, Allen said.

The problem now, after the fall of ISIS’ proclaimed capital of Raqqa, is “you have to have ends and means aligned,” McGurk said. For a time, they were, but not now. After the fall of Raqqa, McGurk said, “President [Donald] Trump made it clear we’re putting no money into stability” operations there. In contrast, the previous administration’s work with the United Nations and non-governmental organizations spent money on stability.

Speaking by video teleconference, Lisa Grande, who headed the U.N.’s work with the coalition, recalled speaking with Allen and her bosses before arriving in Iraq five years ago. At the time, she estimated there would be 2 million refugees as the liberation campaign unfolded. The reality was more — 6 million refugees. However, by continually reinforcing the need to address the evolving needs to care for so many refugees, the stabilization work in Iraq was mostly successful.

Grande, who was involved in the coalition’s planning from the start, said she also was surprised that in places like Ramadi, which was then threatened by ISIS, “everyone left at once.”

“The suffering was incomprehensible,” Allen said, describing the refugees on the move and then in the camps.

Stability operations were vital to long-term success after cities like Ramadi, Fallujah or Mosul, Iraq’s second-largest, are cleared of terrorists. Local forces and coalition partners were crucial for military success while the active involvement of the Iraqi government in stabilization later staved-off an ISIS return.

“You need the resources [that can] give people a chance to come home” like the police to keep order and shelter, medical aid, food and water. “You know you’ve won when they come home.”

Just as when the population left Ramadi, Grande added, “they all come back at once.” Security forces and basic services need to be in place and sustained when that movement begins.

The effort “was the largest stabilization [effort] the U.N. had ever attempted,” and her only success, Grande said.

The situation in Syria is less clear, the three agreed.