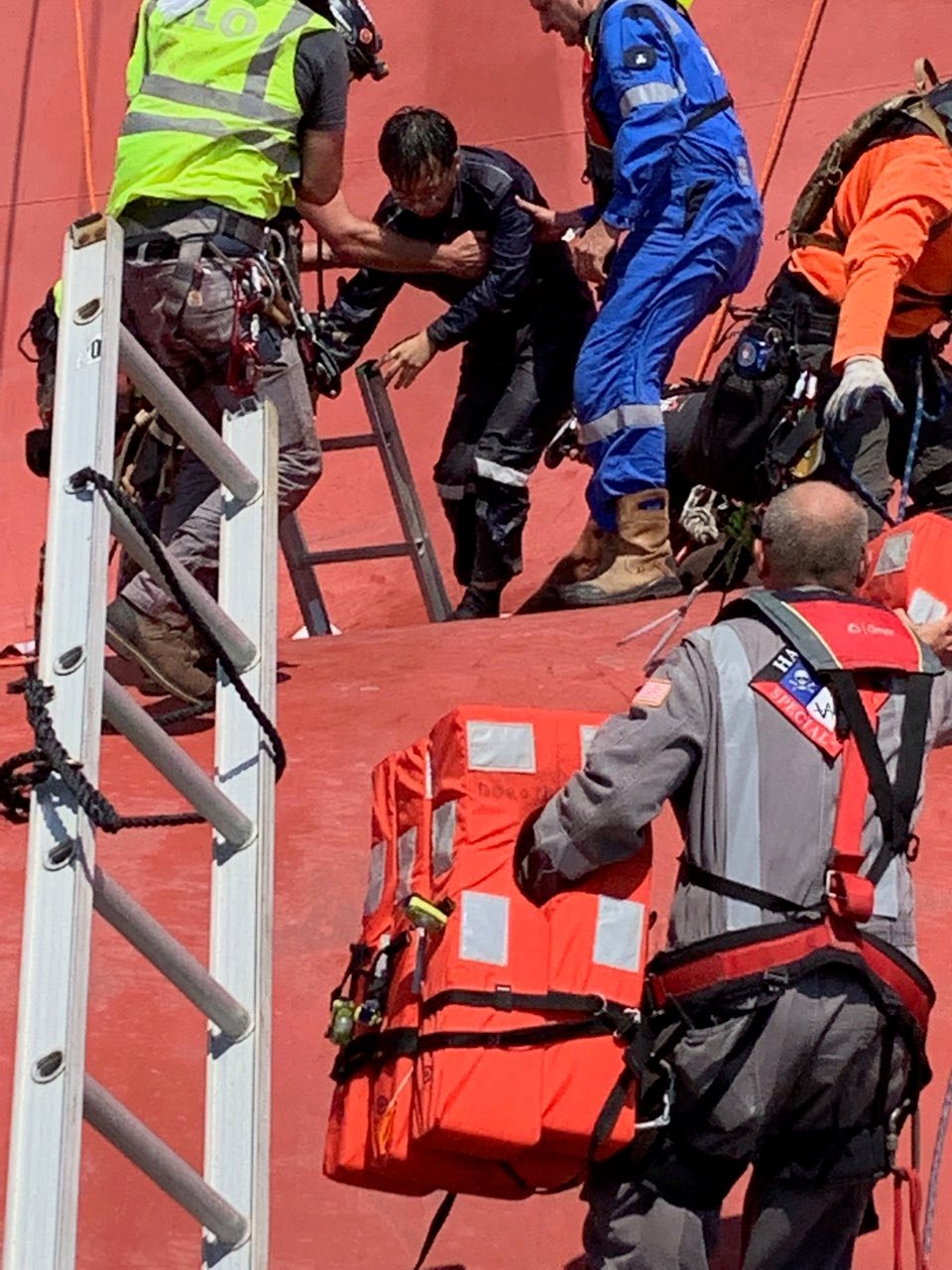 The Coast Guard rescued four mariners trapped for more than 34 hours inside a capsized 656-foot-long cargo vessel in St. Simons Sound, just outside the port of Brunswick, Ga., on Monday

The Marshall Islands-flagged vehicle cargo vessel M/V Golden Ray capsized on Sunday morning in the approach to the Georgia Ports Authority cargo terminal. The ship was carrying approximately 4,200 vehicles, according to the Georgia Department of Natural Resources.

After systematically tapping on the outside of the ship’s hull throughout the day, Coast Guard salvage crews heard a response from the crew trapped aboard, Capt. John Reed, commander of Coast Guard Sector Charleston said during a media briefing broadcast on Twitter.

“We were out there yesterday and did some of that tapping in the morning which was a little disheartening because you kept hearing things fall in the ship and you weren’t sure if those were people or if they were cars,” Reed said. “But there was just a system of tapping, where they would do three or four taps or more, and eventually they got tap backs.”

When the incident happened, 19 other crew members and a harbor pilot were able to escape the capsizing ship. For much of Sunday, rescuers were not sure any of the four missing crew members were alive, Reed said. The cause of the incident is under investigation.

Once rescuers narrowed down the search, they first cut a small hole through the hole to pass water and food to the crew. The ship’s chief engineer also returned to the vessel to translate rescue instructions into Korean for the trapped crew members, Reed said.

Three of four survivors were together and were the first to be extracted through 3-foot by 2-foot hole salvage crews cut through the ship’s hull. The fourth crew member was trapped in an engineering space but was extracted shortly before 3 p.m. according to the Coast Guard’s Twitter account.

The Glynn County Fire Department transported all four to a local hospital. The Coast Guard and state officials are now focused on mitigating environmental hazards and determining how to stabilize and remove the ship.