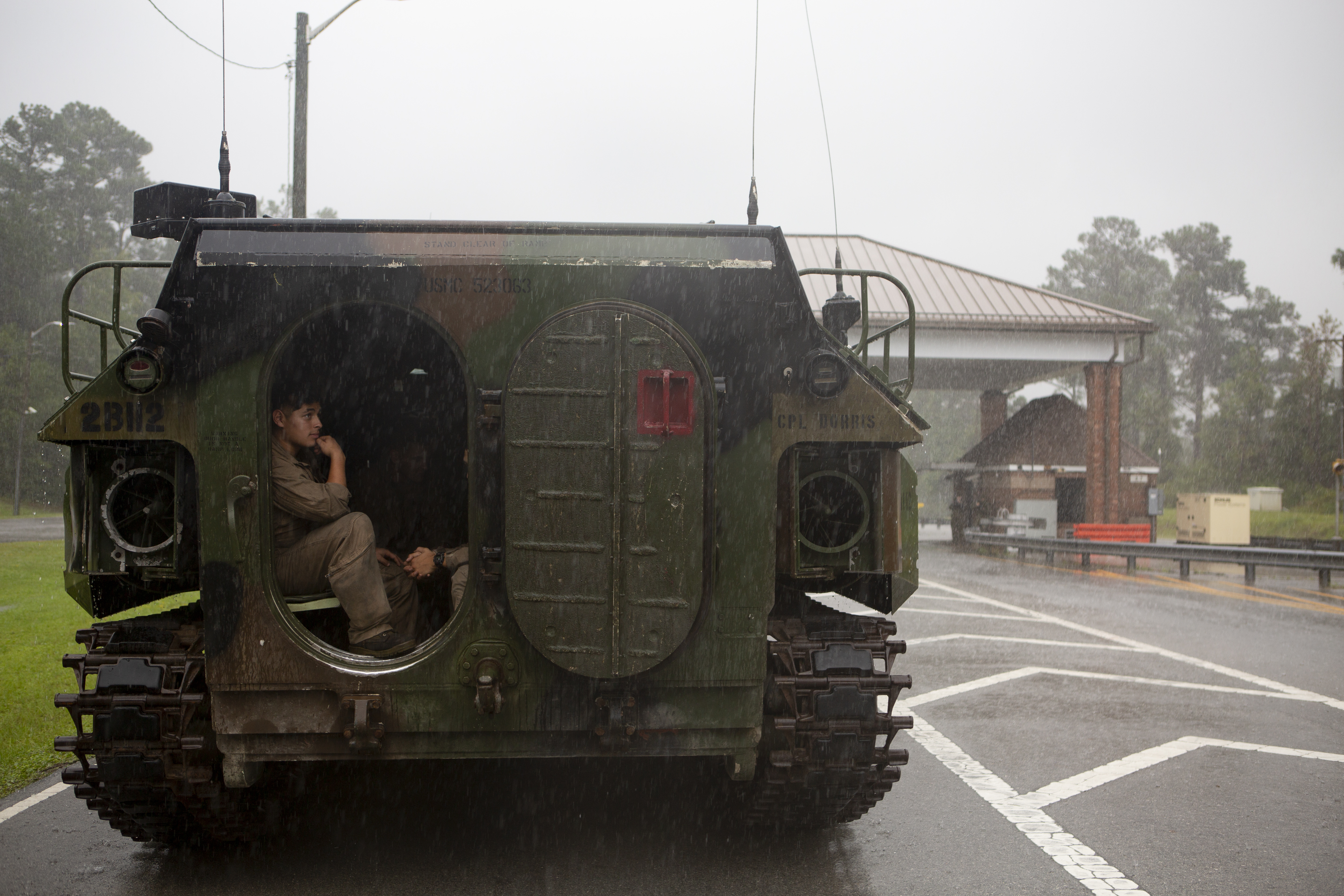 Marines in North Carolina are riding out Hurricane Dorian as the system keeps moving along the East Coast.

Wednesday evening, when Hurricane Dorian was projected to at least hug the Carolinas if not make landfall, Maj. Gen. Dale Alford, the commander of Marine Corps Base Camp Lejeune, granted Marines a four-day pass for use avoiding the storm if desired. All remaining personnel was instructed to shelter in place.

“Don’t let your guard down. And when this storm has passed, be ready to pitch in and do what you can to help our installations recover and get back to their mission of training our warriors to go into harm’s way while ensuring their families are taken care of. Stay safe everyone,” was the message from Alford.

Thursday morning, Dorian was off the coast of Charleston, S.C. The outer storm bands extended into North Carolina, spawning tornado warnings for the region, including for Camp Lejeune, according to the National Weather Service.

The base secured access to Onslow Beach, suspended all services except for those supporting emergency operations and encouraged everyone to remain indoors. All military personnel were restricted to quarters or place of duty. By Thursday afternoon, all services include mess halls were shuttered with Meals Ready to Eat were distributed to personnel. 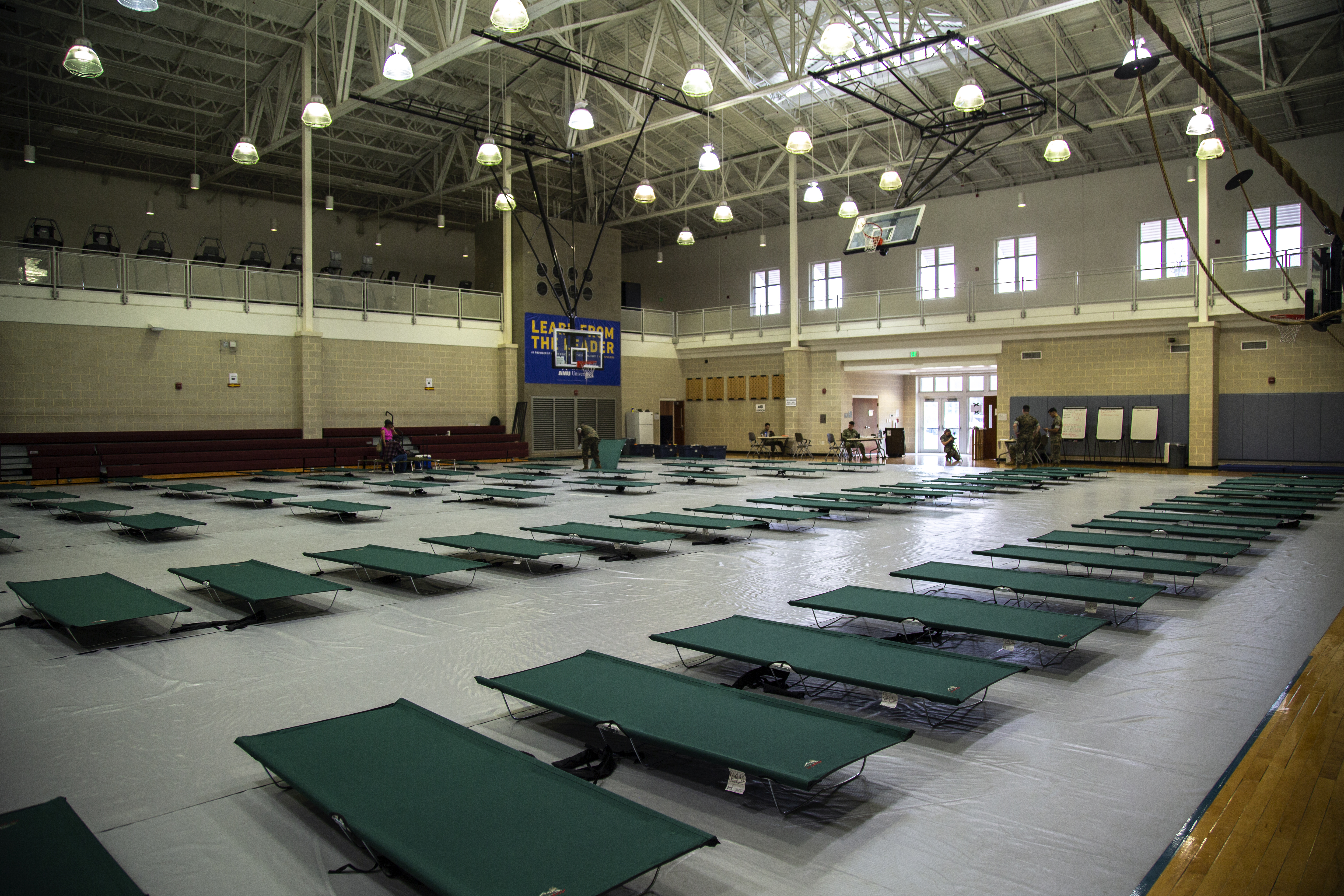 The Marine Corps estimated repairing or replacing the 913 military structures and 3,748 damaged homes on the base cost more than $3.5 billion. The Marine Corps leadership feared the repair and replacement costs would sap their funding for the year, resulting in severe cuts to other programs intended to ensure the readiness of the Corps, according to a March letter to Secretary of the Navy Richard V. Spencer from Gen. Robert Neller, then commandant of the Marine Corps.

Now, with base housing repairs are just about complete, Camp Lejeune faces the prospect of experiencing another destructive weather system. Base officials at Camp Lejeune and Marine Corps Air Station New River, according to the base Facebook post, expect periods of strong winds, heavy rains, flooding of urban and low-lying areas, potential flash floods and coastal storm surges Thursday night and Friday.

Meanwhile, with the storm further north along the coast, the Marine Corps Recruit Depot Parris Island rescinded its evacuation order and planned to reopen at 8 a.m. Friday, with all personnel directed to return no later than 2 p.m. Friday, according to a post on the base Facebook page.