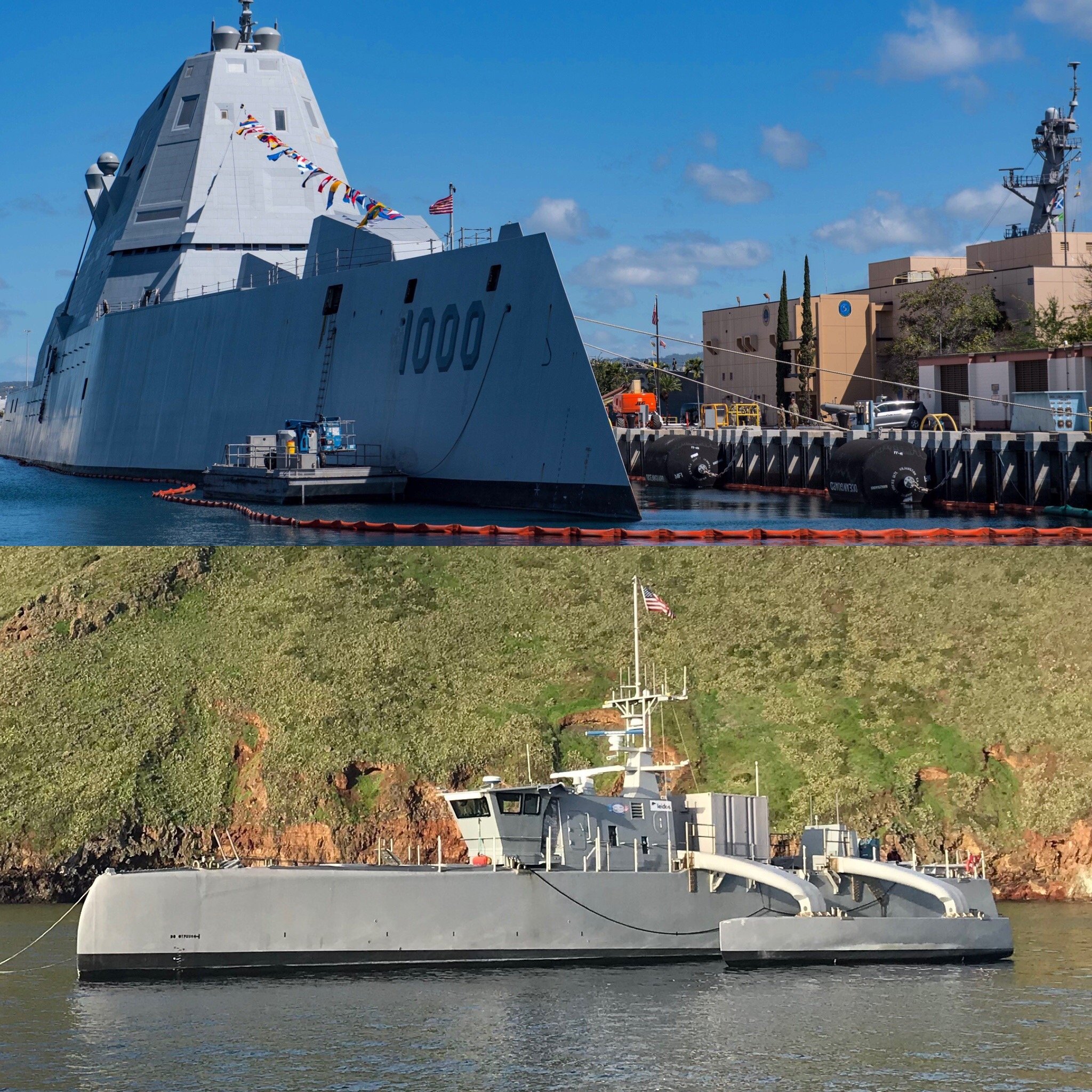 SAN DIEGO, Calif. – The Navy’s new surface development squadron will soon receive its first unmanned vehicle to begin experimenting with, as the service looks to incorporate new types of manned and unmanned platforms into how it fights at sea.

“We are five and a half weeks out of pulling the switch and the Navy formally assuming custody,” Adams said, during a panel at the SNA West symposium, held pierside at Naval Base San Diego on Aug. 22.

Sea Hunter was developed by the Office of Naval Research and the Defense Advanced Research Projects Agency and will be transferred to the fleet for experimentation.

“There’s already a lot of interest in renting Sea Hunter by a variety of organizations to go support their underway operations, to include training,” Adams said. “The value there is beginning to expose the fleet to … an unmanned system, so our sailors get comfortable and competent and confident operating around unmanned systems, because they’re coming.”

Adams took command of SURDEVRON — formerly the DDG-1000 only Zumwalt Squadron — on May 22 with the missions of integrating new manned and unmanned surface ships and supporting fleet experiments.

SURFDEVRON is responsible for the maintenance, training and manning oversight for medium and large unmanned surface vessels (USVs) – currently limited to Sea Hunter – as well as the three-ship Zumwalt class that will include USS Zumwalt (DDG-1000), USS Michael Monsoor (DDG-1001) and the future Lyndon B. Johnson (DDG-1002). The first four Littoral Combat Ships, which currently serve to test mission package equipment before fielding, will likely join the SURFDEVRON down the road.

The next two years will be busy.

“We’re going to get Sea Hunter 2 late next year. We’re going to get the two Strategic Capabilities Office Ghost Fleet Large USVs in late 2021, early ’22,” Adams said. “So by early 2022, we’ll have two MUSVs, two LUSVs … that will be able to support unit-level training, advanced training and integrated training.”

Adams outlined three main lines of effort that are his focus at SURFDEVRON.

As the commodore of SURFDEVRON, he’s the consolidated immediate-supervisor-in-charge, or ISIC, for the DDG-1000 class. “My intention is focused on supporting them through the delivery process … and realize the full potential of the class,” he said, including a future role in sea control operations and experimentation. “There’s great promise there, but there’s going to be a lot of work to do,” he added.

The squadron also is supporting ship delivery. Zumwalt “is in the midst of combat systems activation, which will run until the spring,” when the ship undergoes a maintenance availability before working toward initial operating capability (IOC) and fleet training, he said. “The Michael Monsoor is not far behind.”

With the administrative control of the Zumwalt, Michael Monsoor and pre-commissioning crew of the Lyndon B Johnson, he added, “that alignment is complete, and we’re off to the races.”

SURFDEVRON also will be, “the Echelon IV belly button for fleet transition, integration and operations of medium and large USVs,” Adams said, describing the program of record as, “a freight train,” with crew concepts, command and control, and operational concepts still to be developed. “A lot of work has to be done, and we’re going to be the ISIC that does that.” 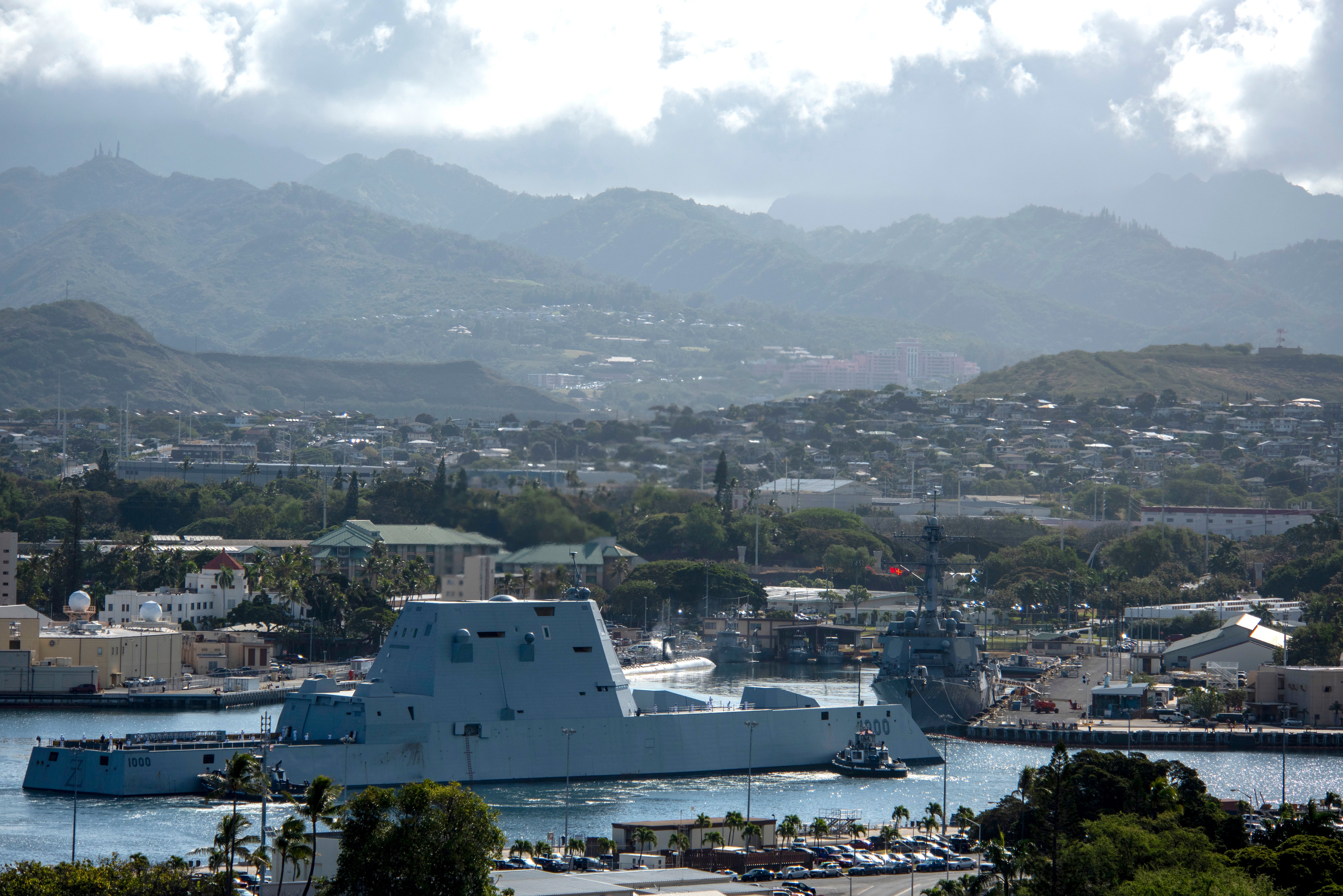 And SURFDEVRON is focused on developmental operations, a role that reaches across the Navy and the defense ecosystem. Adams said DEVOPS takes ships through demonstrations and experiments at sea to contribute to technology development. This work with technologies – which he said are out of the lab but not quite ready for fielding – provides lessons in an operationally relevant environment than can inform requirements and acquisitions teams.

Adams, who previously commanded Destroyer Squadron 21, currently has about 25 sailors, most from the former Zumwalt Squadron staff. “Our mission set is different from where it used to be, so we are retooling culture, we’re retooling staff, we’re growing staff,” he said.

Once the SURFDEVRON has more ships and vessels to work with, it will be able to use them to support the Naval Surface and Mine Warfighting Development Center and others to support advanced and integrated fleet training for deploying forces. Adams said he anticipates the Zumwalt-class ships and USVs will join in those training events as participants or as opposing forces.

Much remains to be seen as the Navy realizes the potential of these new systems and technologies. “We’ve got to go faster. We’ve got to figure out ways to develop capabilities, both technical … and conceptual, to continue to outpace our enemy – or in some cases, catch up or surpass them,” Adams told the SNA audience.

With custody of Sea Hunter, he added, “I see lot work to be done with the Zumwalt-class, technology that’s coming. It’s a little bit of the Wild West. It’s exciting.”