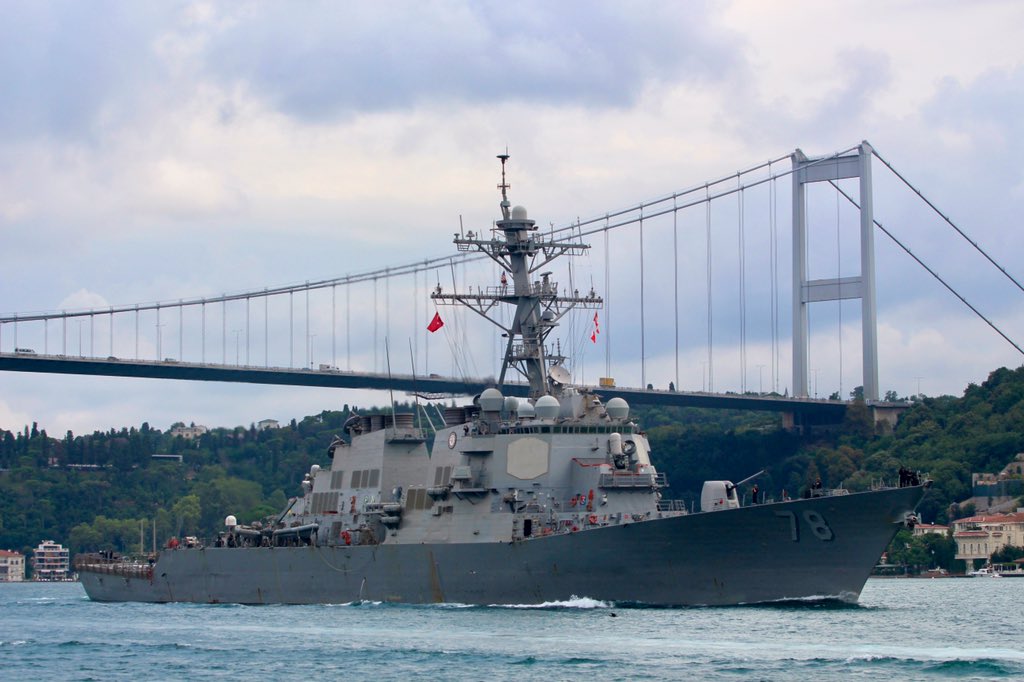 Guided-missile destroyer USS Porter (DDG-78) left the Black Sea after an eight-day patrol and visits to Romania and Bulgaria.

The forward-deployed Porter crossed the Bosphorus heading toward the Mediterranean Sea on Friday, according to photos posted by Turkish ship spotters on social media.

Later in the day, the destroyer made a stop at the Turkish Gölcük Naval Base, ship spotters reported.

While in the region, after entering the Black Sea on Aug. 8, Porter made port calls at Varna, Bulgaria and in Constanta, Romania.

“The naval operations we conduct in the Black Sea with our allies and partners maintain the strong relationships that are necessary for regional stability,” Vice Adm. Lisa M. Franchetti, the commander of 6th Fleet, said in a statement when Porter entered the Black Sea. “The inherent flexibility of our forward-deployed naval force DDGs enables our ability to provide a credible defense and ensure we are postured appropriately to support our global operations.”

The destroyer’s visit is the first U.S. ship to operate in the Black Sea the Spearhead-class USNS Yuma (T-EPF-8) in July as part of the U.S.-Ukraine Sea Breeze 2019 exercise.

The U.S. and NATO have had a regular presence in the Black Sea since the 2014 Russian forced annexation of Crimea.

Porter is one of four forward-deployed guided-missile destroyers based in Rota, Spain. The quartet is part of the European Phased Adaptive Approach to ballistic missile defense along with two Aegis Ashore installations in Poland and Romania. 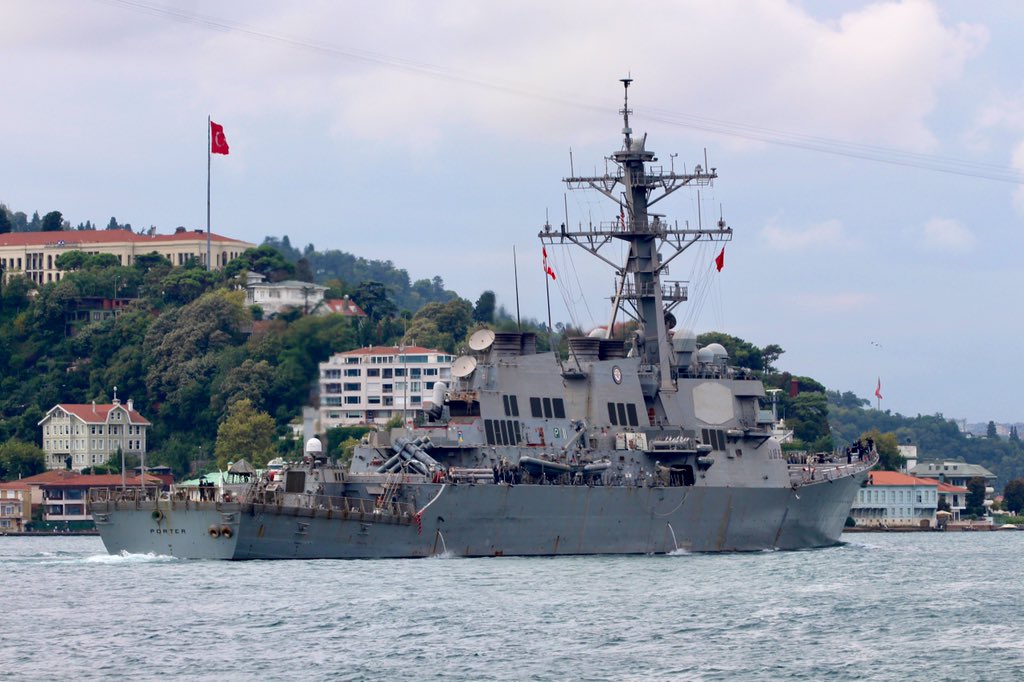 While in port the ship held a reception and conducted a community relations event – a U.S. Army vs. Navy basketball charity event for disadvantaged families in Constanta. Sailors from the ship also participated in Romanian Navy Day.

“The people, food and the culture were a beautiful experience,” said Seaman Alondra J. Reyes. “At the game, both teams had great attitudes and spent time with the locals. It was great to be able to raise money for the Constanta families.”

The ship entered the Black Sea on Aug. 8, 2019, to strengthen interoperability with NATO allies and partners and demonstrate the collective resolve to security in the region.

“We would like to thank our Romanian hosts for the warm welcome and hospitality,” said Cmdr. Craig Trent, commanding officer of Porter. “It is truly an honor to contribute to the strengthening of U.S.-Romanian relations, and my crew really enjoyed celebrating the Romanian Navy’s 159th Birthday together.”

The U.S. Navy routinely operations in the Black Sea consistent with international law, including the Montreux Convention.

U.S. 6th Fleet, headquartered in Naples, Italy, conducts the full spectrum of joint and naval operations, often in concert with allied, and interagency partners, in order to advance U.S. national interests and security and stability in Europe and Africa.