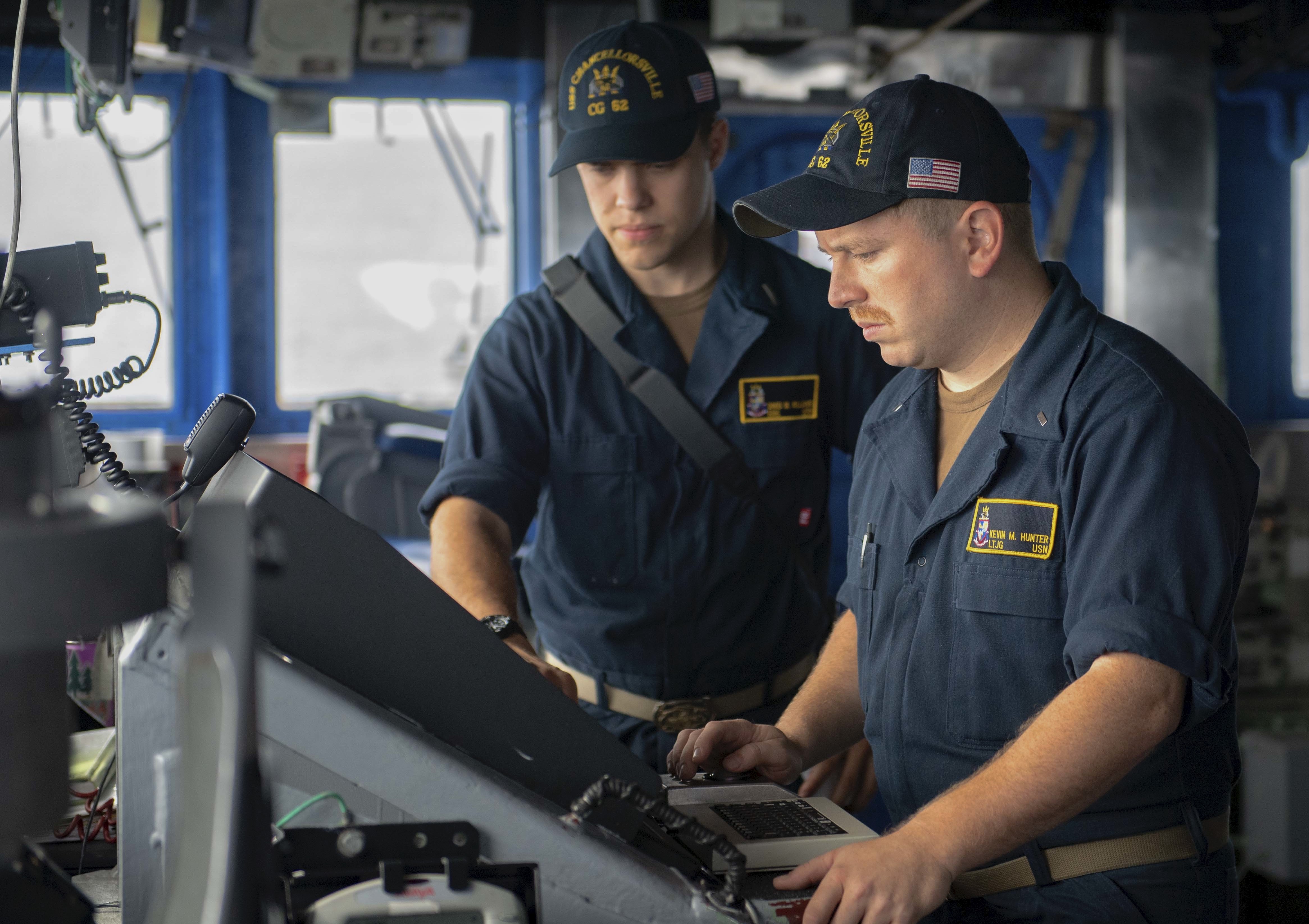 SAN DIEGO – The Navy is continuing its drive to better train junior surface warfare officers, rolling out new courses in San Diego and Norfolk to try to increase the overall proficiency of these officers before they show up to ships.

In the aftermath of two fatal destroyer collisions in 2017, the Navy set up a pilot Junior Officer of the Deck course at the Surface Warfare Officer Schools (SWOS) Command in Newport, R.I. The pilot course offered ensigns practice in simulators immediately after their Basic Division Officer Course (BDOC).

“We wanted to get a sense of, what was the general knowledge and the competency of the OODs from a random sampling?” Brown told USNI News in an interview this week, saying the results showed a normal distribution with some high performers, many showing a couple deficiencies and some showing more significant concerns. In a memo released in June, he called the results “sobering.”

“That doesn’t mean they were unsafe; it’s things like, they didn’t use their radar when they should have, and they didn’t talk on the radio correctly,” he said this week.
“But we took all that data, and that’s what we used to develop the JOOD course, because what we want to do is we want to take that normal distribution of performance, and we want to take the entire thing and just move it [to the right].”

The results of the competency check informed two pilot JOOD courses last year in Newport and a final course that was rolled out this year. Brown said the first class in San Diego graduated in July, with initial feedback from surface ship skippers being that the young officers showed up with much higher confidence than previous JOs.

In fact, Brown said, he took five of the graduates – ensigns about to head to their first ships to serve as division officers – and put them through the prospective commanding officer’s go/no-go assessment scenario. Four of the five passed.

“Are these guys fully qualified OODs when they get onboard? Absolutely not. But we’re moving that curve to the right, and I’m very pleased with that,” he added.

A second course is underway in San Diego, as well as the first JOOD course in Norfolk, Va.

Going forward, Brown said that this JOOD course would morph into the OOD Phase 1 course by Fiscal Year 2021. An OOD Phase 2 course, which will take place at the end of their first division officer tour and before they go to the advanced division officer course (ADOC), will be added in 2021 as well. Brown told reporters earlier this year that new Maritime Skills Training Centers would be built in San Diego and Norfolk to host the Phase 1 and 2 courses.

To ensure these efforts are yielding the desired results, Brown said he would wait about a year after the JOOD course got up and running and then conduct another competency check with another 164 young officers randomly selected to participate. He will use the same test with the same scenarios and compare their performance with last year’s JOs.

Brown said his hypothesis is that the officers will perform better as a result of the JOOD course, and the data from the next competency check will inform the development of the OOD Phase 1 and Phase 2 course to address any remaining areas for improvement.