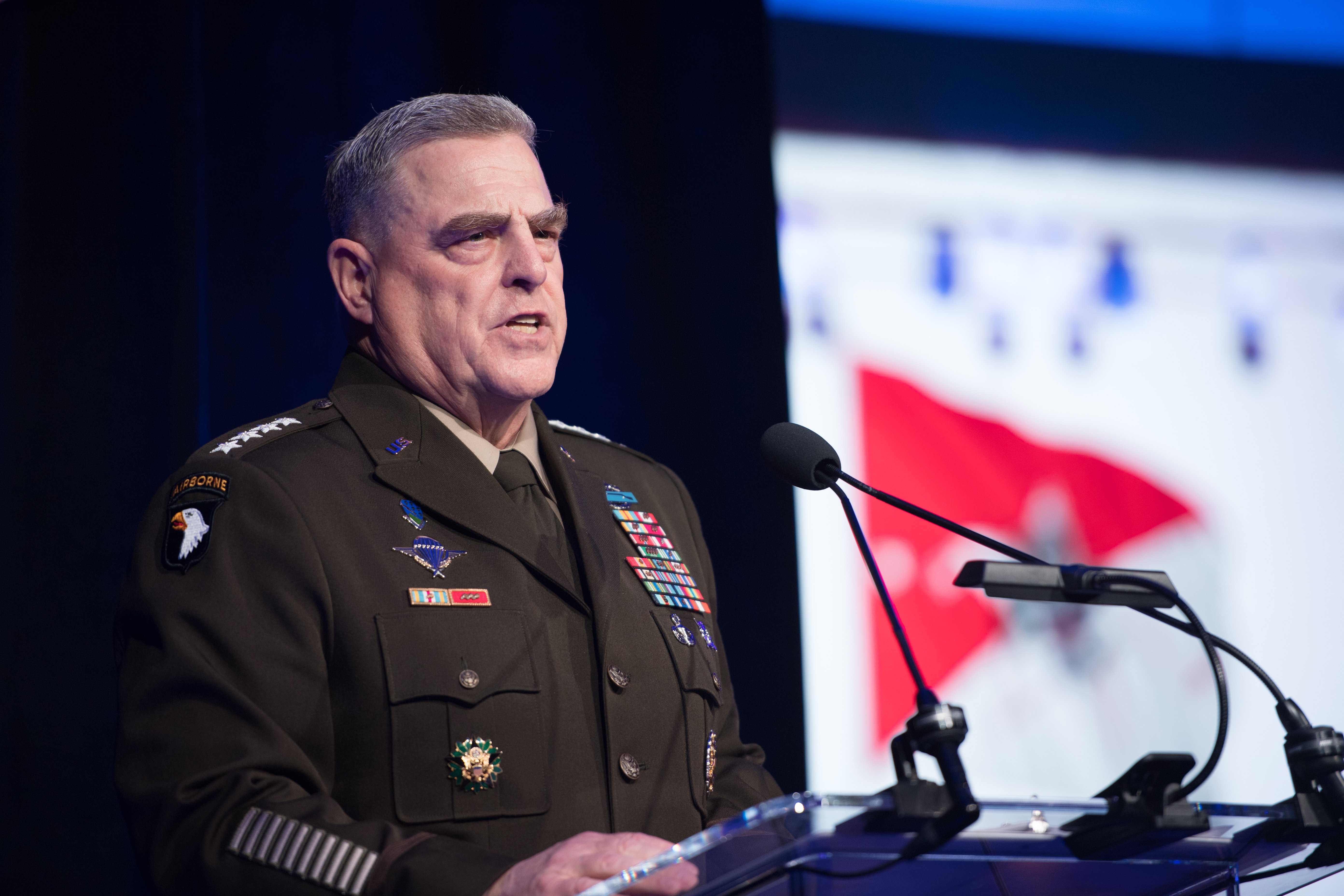 For Army Gen. Mark Milley, nominee to become the next chairman of the Joint Chiefs of Staff, upgrading and maintaining the nation’s nuclear triad ranks top of his priority list.

Milley, testifying before the Senate Armed Services Committee on Thursday, laid out his priorities and his vision for the military during the next four years if he’s confirmed to become the nation’s highest-ranking officer. Milley is currently Chief of Staff of the Army.

Overall, Milley intends to build upon the work conducted under his predecessor Marine Corps Gen. Joseph Dunford in implementing the National Defense Strategy and addressing growing threats posed by China and Russia.

“The number one [priority] for me, and the number one stated for the Department of Defense is the modernization and recapitalization of the nation’s nuclear triad. I think that’s critical,” Milley said. “Secondly, I would say is space. It’s a new domain of military operations. We have a considerable amount of both and commercial and military capabilities in space, they need to be protected and all the technologies that go with space.”

“Those two are at the top of my list for putting modernization investment,” he said.

As for current operations, Milley said it is vital for the U.S. to continue freedom of navigation operations in the South China Sea. Doing so shows the Chinese leadership and allies in the region the U.S. intends to ensure sea lanes are open.

“China has already militarized the islands in the South China Sea,” Milley said. “They already have capabilities on the ground to influence surface operations.”

While Milley said the Pentagon is focused on China and Russia, smaller nations are still essential to monitor. Lately, Iran has garnered a lot of attention from the Pentagon. Experts and government officials from the U.S. and other countries consider provocative acts intended to either hinder the flow of oil and petrochemicals from the Persian Gulf or from the Iranian leadership’s recent decision to increase its uranium production above limits put in place by a deal the U.S. backed away from a year ago.

Iran has been a malign actor in the region for many years, Milley said. While in Iraq, his troops came under fire from non-state actors trained or supported by Iran. However, the nation’s malign activity recently increased after the U.S. backed out of the nuclear deal, Milley said, echoing previous statements made by Dunford.

Milley was also asked to offer some insight to his thoughts on interacting with the Pentagon press corps, when Sen. Jean Shaheen, (D-N.H.) pointed out more than a year had passed without an on-camera press briefing conducted by a Pentagon spokesperson.

“I don’t know why and I didn’t even realize it had been that many days,” Milley said, responding to Shaheen’s question. “But I will commit to you if I’m confirmed, I commit to transparency within the bounds of classification and will do media on the record, off the record briefings and so on. The American people have a right to know what the military is doing within the bounds of classification and the media is the means in which they do that.”