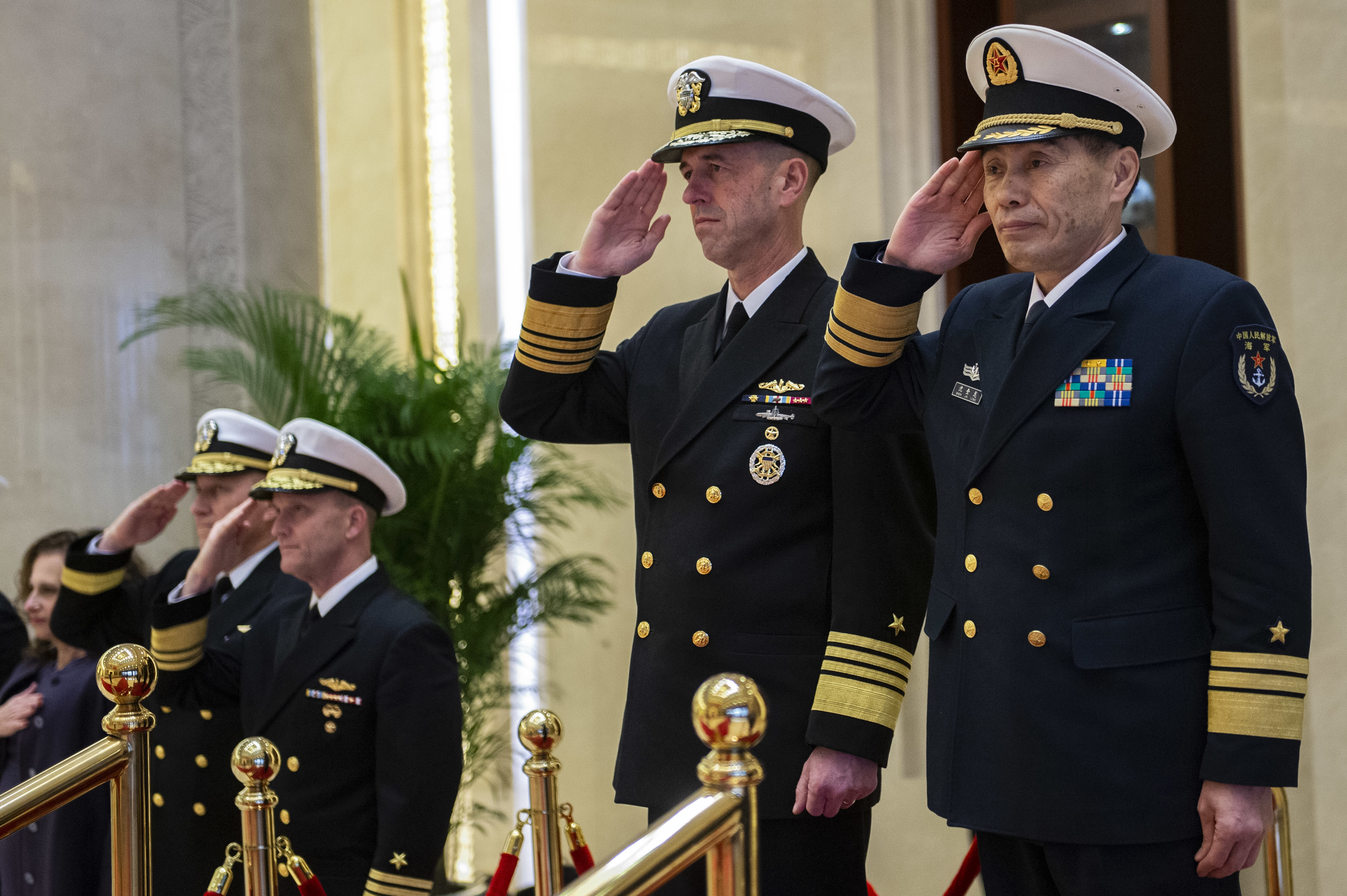 As officials in Washington and Beijing charged each other with ratcheting-up the militarization of the South China Sea recently, Chief of Naval Operations Adm. John Richardson discussed ways to decrease risk in the region during a video teleconference with his counterpart from China’s People’s Liberation Army Navy, Vice Adm. Shen Jinlong.

The call focused on the importance of maintaining regular dialogue between the two sides as a means of reducing the chance either side will make a miscalculation that could quickly escalate a potential conflict, according to the Navy.

“Richardson emphasized the United States Navy will remain consistent, in our messaging and our operations on the seas and in the air, in support of a free and open Indo-Pacific region,” according to a summary.

The call, which occurred Tuesday, comes after China conducted a series of anti-ship ballistic missile tests in the South China Sea, an action U.S. officials called “concerning” according to a CNBC report.

On Tuesday, Chinese officials complained about a pending U.S. sale of military equipment to Taiwan Two deal, worth more than $2.2 billion, will send 108 M1A2T Abrams tanks and heavy support vehicles, and Stinger anti-aircraft missiles to Taiwan, according to a statement from the U.S. Department of State’s Office of Congressional and Public Affairs.

“Taiwan is an inalienable part of China’s territory. The U.S. arms sales to Taiwan severely violate the one-China principle and the three China-U.S. joint communiques, undermine China’s sovereignty and security interests, and severely jeopardize peace and stability across the Taiwan Strait,” Yang Jiechi, a member of the Political Bureau of the Central Committee of the Communist Party of China, said in a statement released by China’s Ministry of National Defense.

Since 1979, U.S. policy recognizes Taiwan as part of mainland China. However, the U.S. maintains an unofficial relationship with Taiwan, including a commitment to assist Taiwan with maintaining its defensive capabilities, according to a U.S. Department of State fact sheet.

The Navy did not provide details of topics Richardson discussed with Shen, including whether the two discussed the recent missile tests, weapons sales or freedom of navigation operations in the region.

Tuesday’s video teleconference was the fourth such call between Richardson and Shen. The two have also met twice in person, most recently during Richardson’s January visit to China.