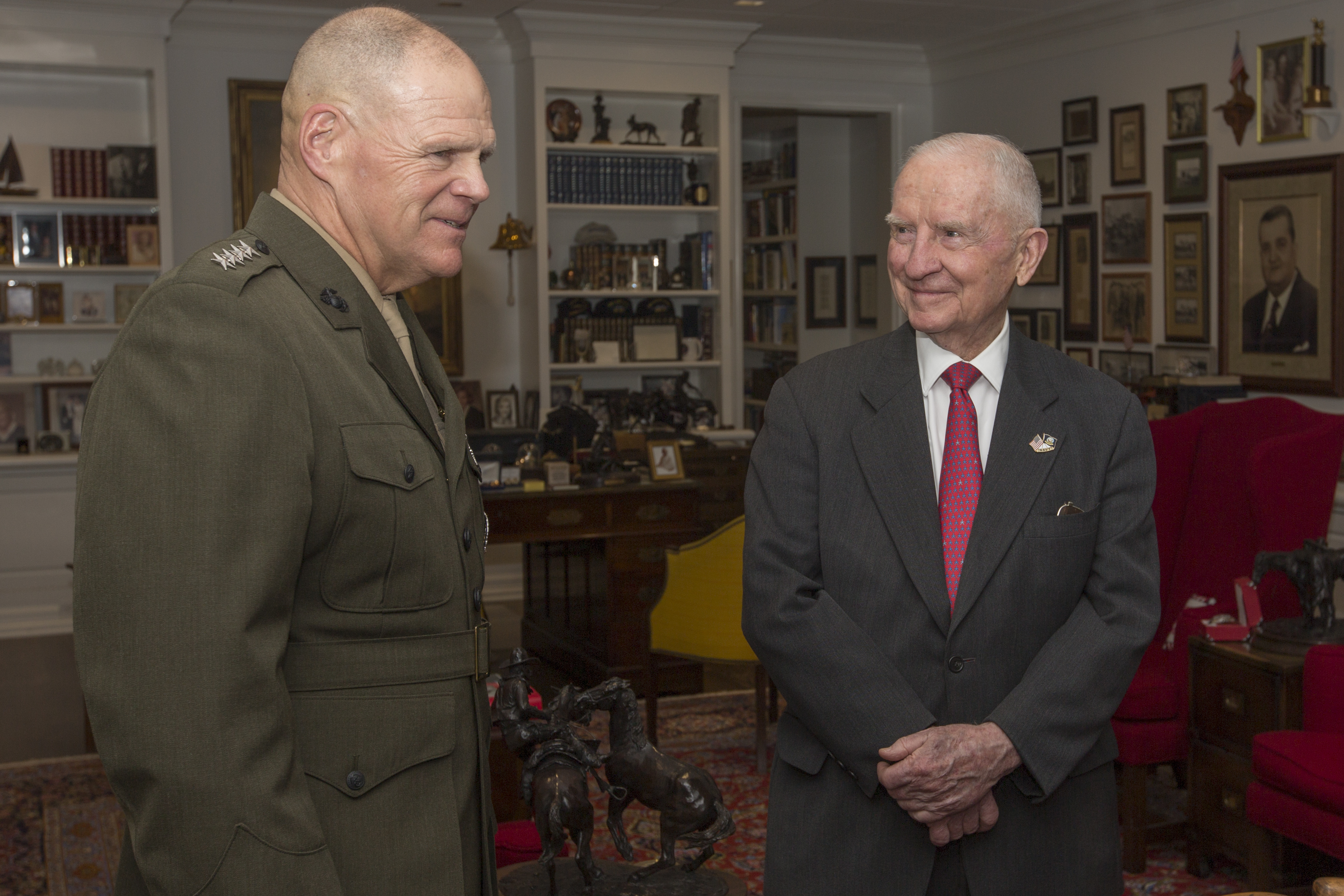 H. Ross Perot – an entrepreneur, two-time presidential candidate and U.S. Naval Academy graduate – died on Tuesday at his home in Dallas. He was 89 years old.

Perot, Naval Academy class of 1953, became a billionaire by founding in the 1960s one of the earliest information technology services companies, Electronic Data Systems (EDS). Three decades later, Perot became a household name while running for president as an independent in 1992 with Vice Adm. James Stockdale, Naval Academy class of 1946, as his vice presidential candidate. Perot ran again as a third-party candidate in 1996.

Perot received an appointment to the academy in the spring of 1949, after already studying business for two years at Texarkana College.

“I had never seen the ocean, and I had never seen a ship — but I knew that I wanted to go to the Naval Academy,” Perot frequently said about his appointment, according to an obituary posted online by the Perot family.

In 1957 Perot left the Navy and started working for IBM, selling computers to the corporate world. Perot got the idea to start EDS, an information technology services company, when he realized the people at the corporations buying IBM computers didn’t know how to use the early computers, according to the Perot family. In 1984 General Motors purchased EDS for $2.5 billion.

Throughout his career, Perot and his family’s charitable organizations donated extensively to support a variety of causes, including those geared toward supporting the military. During the Vietnam War, he worked to raise awareness of servicemembers being held as prisoners of war and reported missing in action. Following the Gulf War, Perot funded research at the University of Texas Southwestern Medical School to understand what was later recognized by the Department of Veterans Affairs as Gulf War Syndrome. Over the years Perot collected a vast array of memorabilia, including tokens of appreciation from the military. Among his collection, on display at the Perot Group’s headquarters in Dallas, is Osama bin Laden’s walking cane, which was given to Perot by the special forces who killed bin Laden, according to an account in the Dallas Morning News.

Henry Ross Perot was born on June 27, 1930, in Texarkana, Texas. As a school kid, Perot started work in sales with his father in several ventures, including selling saddles, horses, Christmas cards, garden seeds and newspapers. During school breaks, he also worked at his father’s cotton exchange, according to the obituary posted by the Perot family. He is survived by Margo, his wife of 62 years, who he met while he was a midshipman; his sister, Bette Perot; a son, Ross Jr.; and daughters Nancy, Suzanne, Carolyn, Katherine and their families.