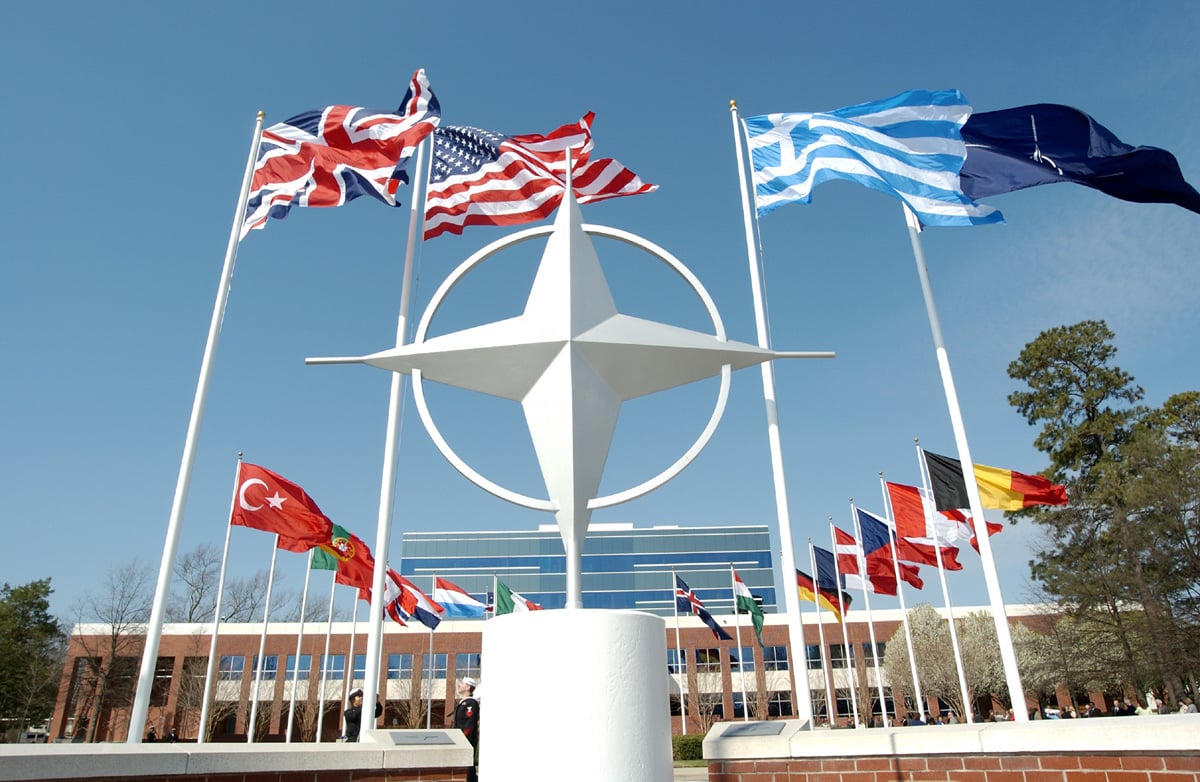 Among NATO Members, the rise of populist authoritarian governments eschewing democratic values poses more of a threat to the alliance than an aggressive Russia on its borders or an expansionist China elbowing its way into Europe militarily and economically, a panel of security and diplomatic experts said Thursday.

“NATO should be in this game” of promoting independent judiciaries, free and open political debate and a free press, “and not just the EU” in advocating bedrock freedoms and ways of governing, Charles Kupchan, from the Council of Foreign Relations, said at the Atlantic Council in Washington, D.C.

Nations such as Turkey, Poland, Hungary and Italy needed to be called out by other alliance “members when they see … backsliding” on defending those values domestically and, as an alliance, it should be pushing them overseas, he added.

“If we get this issue wrong, good night” in trying to keep a coalition together on a host of issues — from cyber to migrants to the common defense, Kupchan said. The rise of authoritarianism, reflected in the actions of Russia and China offering themselves as models to follow, “is the premier security issue of our time.”

The alliance needs a restatement of core values in a new strategic document. This would be one way of rebuilding trust among members for the future as the president of the United States often questions the alliance’s value to Americans, said Hans Binnendijk, with the Atlantic Council. He pointed the finger at Russia for undermining trust in political institutions and processes in Europe and the U.S.

“Hybrid warfare is underway and we’re losing it,” particularly on social media and Moscow’s propaganda and disinformation campaigns that have had an impact on elections from the United Kingdom to the Balkans and in the U.S., Binnendijk said.

“Coalitions are not easy” to build and even more difficult to sustain as NATO has done for 70 years,” said retired Army Gen. John Nicholson, former commander of all forces in Afghanistan.

Money cannot buy legitimacy” in pursuing common aims, he said. A different “common aim” for American administrations for decades has been insistence Europeans spending more for their defense and ensuring at least 20 percent of that goes into the modernization of equipment and forces.

“Two percent was a two-by-four and got some of their attention,” Binnendijk said, referring to the security spending goal set by NATO in the wake of Russian aggression in Ukraine and threats to the Baltic nations. However, the spending goal doesn’t adequately address how to measure members’ effective spending on defense, Binnendijk said.

European members “have to have helicopters that fly,” but that only scratches the surface, Kupchan added. The emphasis should be put on spending wisely. “Europe needs to turn the corner” on security spending — both in amount and where the money goes.

Using the NATO strategic planning model of the alliance being able to respond to two major crises and six lesser problems at the same time as a guide, Binnendijk said one metric for the future could shift the burden to European members to be able to handle one major crisis and three lesser ones simultaneously. The U.S. would be ready and assume the responsibility for the other half.

“NATO will be the cornerstone of European security. I don’t think we need to do what NATO does” in that area, said Dearbhlan Doyle who represented the European Union. Stressing the complementary soft power the EU offers in teaching governance, the rule of law and human rights from the Balkans to Africa to Afghanistan, she said the 28 member nations also realized investment was needed to improve mobility — establish better and standardized rail and bridge sizes, improve highways and add more airfields for their defense. Other steps include breaking down unnecessary barriers at borders and with customs for the movement of military cargo and equipment.

This new interest in continental security is a direct response to Russia’s move of forces into Crimea followed by a rigged election separating it from Ukraine and its backing of breakaway provinces in Georgia and continued military and economic support for separatists in eastern Ukraine.

Looking at the other great power making its presence felt in Europe, Doyle said the EU “would like to work together with the U.S. and NATO, on China.”

Beijing presents an economic challenge to the U.S. and EU working together. However, Beijing also is creating a situation where fissures are appearing between European nations as some consider joining the One Belt/One Road infrastructure initiative, as Turkey, Italy and Greece are contemplating.

“Let’s not start finding us undercutting each other” when it comes to relations with China, Kupchan said

A way to exercise more cooperations among NATO members, Binnendijk said, would be for more EU nations to participate in freedom of navigation operations in the South China Sea. Ideally, EU navies would coordinate their efforts demonstrating these waters are international, instead of creating a situation where just one vessel from France conducts a FONOP, followed by another FONOP conducted by another country.

“Make this more like a multinational statement, Kupchan said.