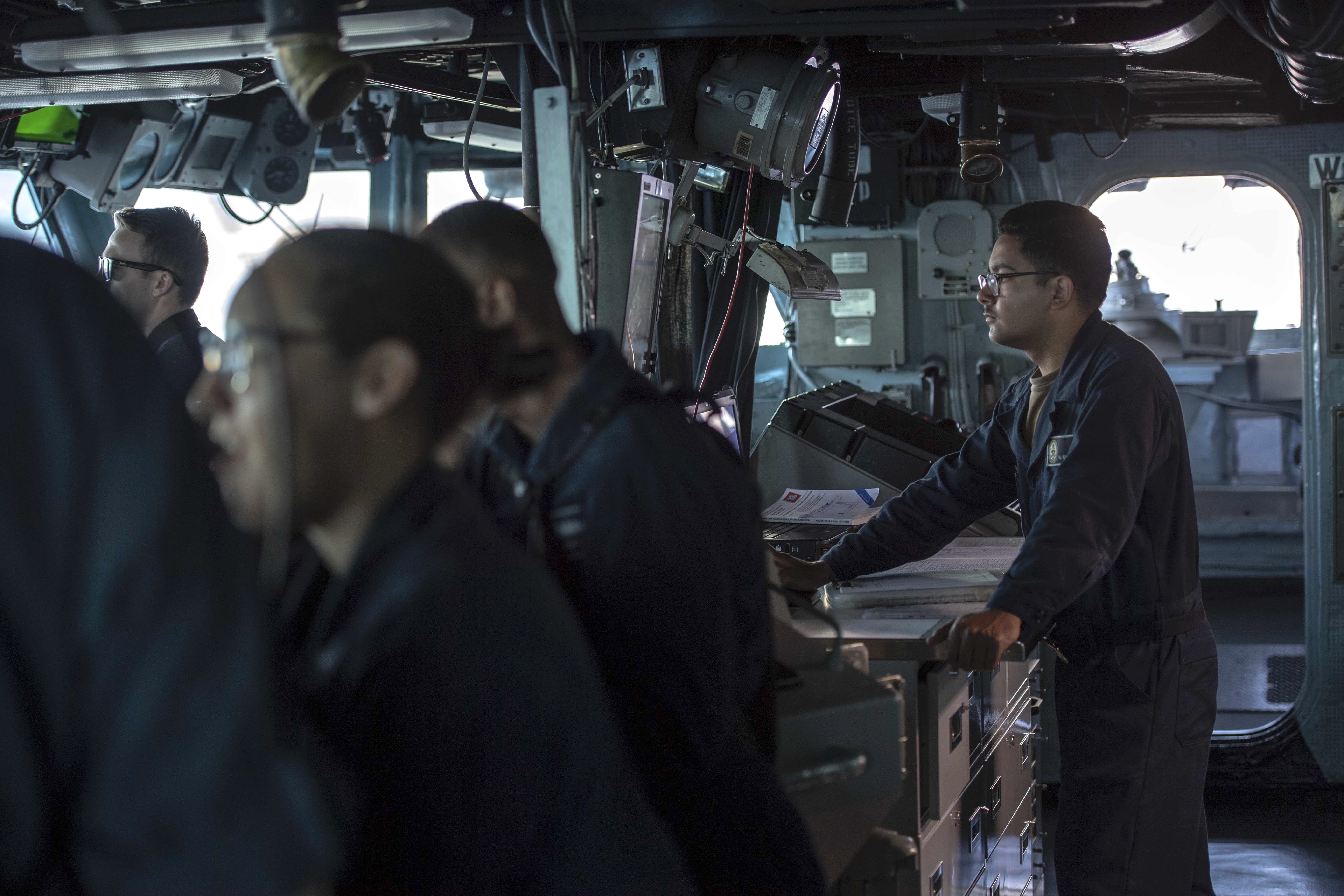 At a time of increased tensions between Washington and Tehran, the U.S. Navy has more personnel deployed to the Middle East than anywhere else in the world, USNI News has learned.

On Sunday, the Boxer Amphibious Ready Group with embarked 11th Marine Expeditionary Unit entered the U.S. 5th Fleet area of responsibility, joining the Abraham Lincoln Carrier Strike Group already on station in 5th Fleet. As a result, the Navy now has 28,000 personnel deployed to the region. In comparison, the Navy currently has 24,000 personnel deployed to the Western Pacific and Indian Oceans, according to Navy data reviewed by USNI News.

“All of our training and our transit to 5th Fleet have made us prepared to respond to any crises across the range of military operations,” Capt. Brad Arthur, commander of Amphibious Squadron 5 and the Boxer ARG/11th MEU team, said in a statement. 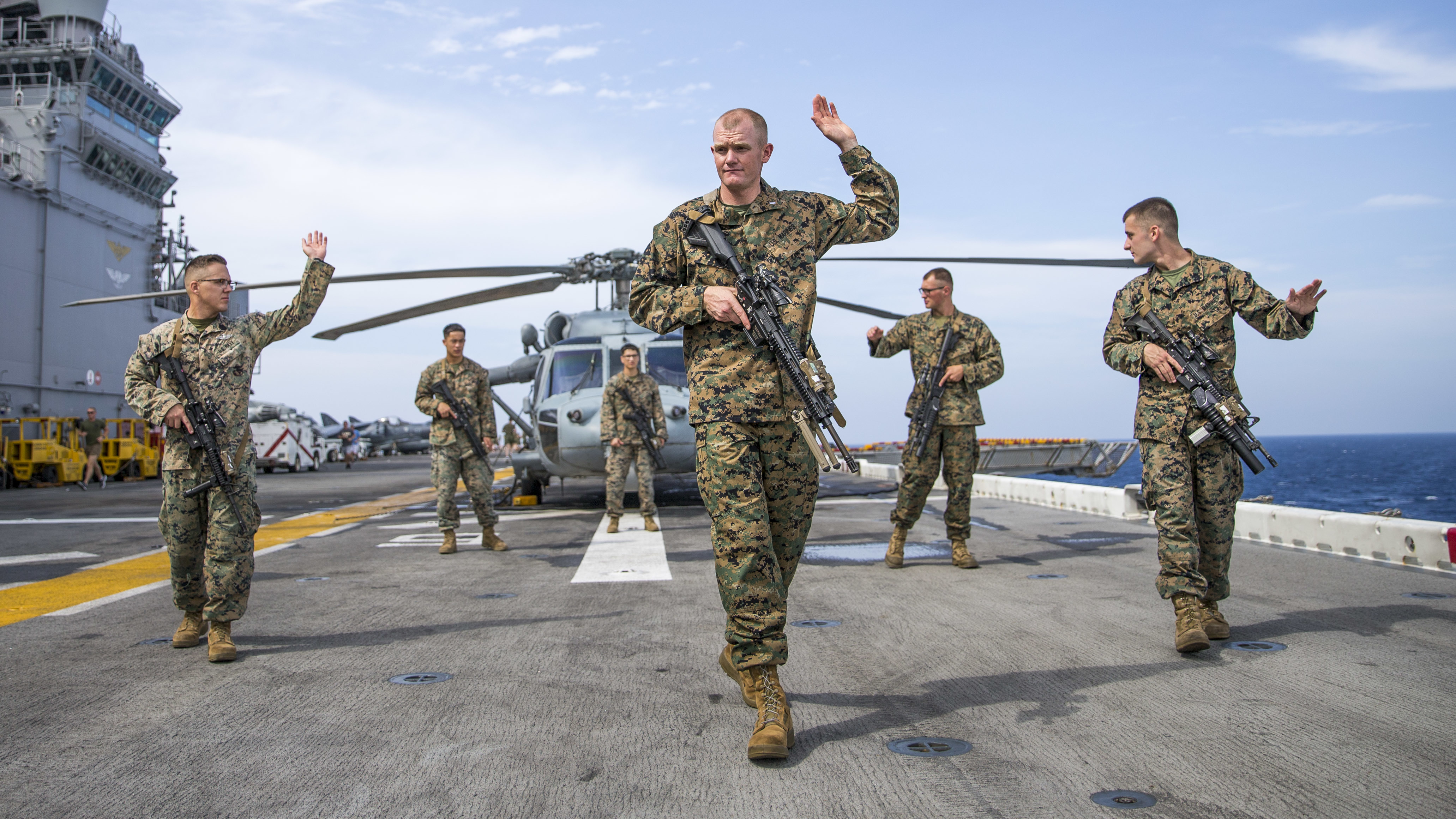 As the Boxer ARG and 11th MEU entered the region, President Donald Trump unveiled a new set of sanctions he’s imposing on the leadership of Iran, following last week’s downing of a U.S. Navy drone and the recent mine attacks on tankers in the Gulf of Oman. The sanctions represent a strong and proportional response to Iran’s recent actions, Trump said when signing the executive order imposing the sanctions, according to a transcript released by the White House.

“Today’s action follows a series of aggressive behaviors by the Iranian regime in recent weeks, including shooting down of U.S. drones,” Trump said, according to the White House transcript. “Sanctions imposed through the executive order that I’m about to sign will deny the Supreme Leader and the Supreme Leader’s Office, and those closely affiliated with him and the office, access to key financial resources and support. The assets of Ayatollah Khamenei and his office will not be spared from the sanctions.”

Shortly after Trump instituted the new sanctions, Mohammad Javad Zarif, Iran’s Foreign Minister, tweeted the following response, “@realDonaldTrump is 100% right that the US military has no business in the Persian Gulf. Removal of its forces is fully in line with interests of U.S. and the world. But it’s now clear that the #B_Team is not concerned with US interests—they despise diplomacy, and thirst for war.”

When the Boxer ARG and 11th MEU left San Diego on May 1, the Navy did not release an itinerary of the deployment. However, USNI News previously reported the 11th MEU’s air combat element does not include any F-35B Lightning II Joint Strike Fighters, the Marine Corps’ most advanced short takeoff and vertical landing aircraft. The 11th MEU instead includes a detachment of AV-8B Harrier jump jets.

In contrast, the 13th MEU, which returned to San Diego with the Essex ARG at the end of March, just before the Boxer ARG departed, did include the F-35B aircraft, which performed combat strikes as part of missions supporting forces in Afghanistan, Iraq and Syria.

The Abraham Lincoln CSG moved into 5th Fleet’s area of responsibility in May, to counter what U.S. National Security Advisor John Bolton called a “number of troubling and escalatory indications and warnings.”

Shortly after, amphibious warship USS Arlington (LPD-24) and elements of the 22nd MEU were ordered to join the Abraham Lincoln CSG.