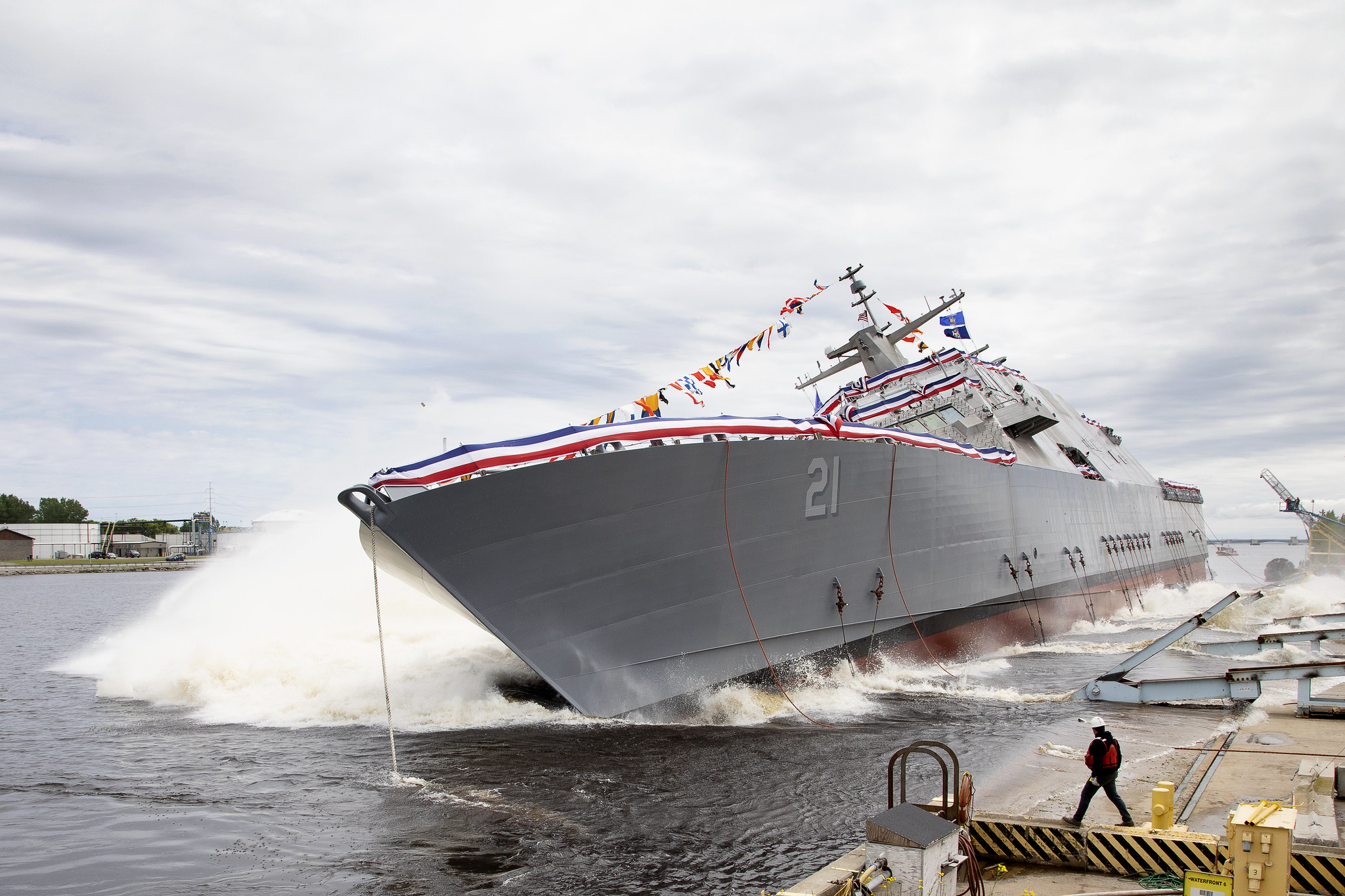 The Navy christened its newest Freedom-variant littoral combat ship, Minneapolis-Saint Paul (LCS-21) at a ceremony in Marinette, Wis., on Saturday.

Deputy Under Secretary of the Navy Jodi Greene is the ship’s sponsor christened the ship by breaking a bottle of sparkling wine across the bow. When Minneapolis-Saint Paul joins the fleet, the ship will be homeported in Mayport, Fla, according to the Navy.

“The christening of the future USS Minneapolis-Saint Paul marks an important step toward this great ship’s entry into the fleet,” Secretary of the Navy Richard V. Spencer said in a statement.

LCS-21 is the 11th Freedom-variant LCS and the 21st in the class. Lockheed Martin is the prime contractor building the Freedom-variant at the Marinette Marine shipyard in Marinette. General Dynamics designed the Independence-variant, but Austal USA builds it at its shipyard in Mobil, Ala.

The Navy has bought 35 LCS and is unlikely to increase the number of LCS in the fleet. In Fiscal Year 2020, the Navy intends to focus on another small surface combatant program, the future frigate (FFG(X)), according to a recent Congressional Research Service report.