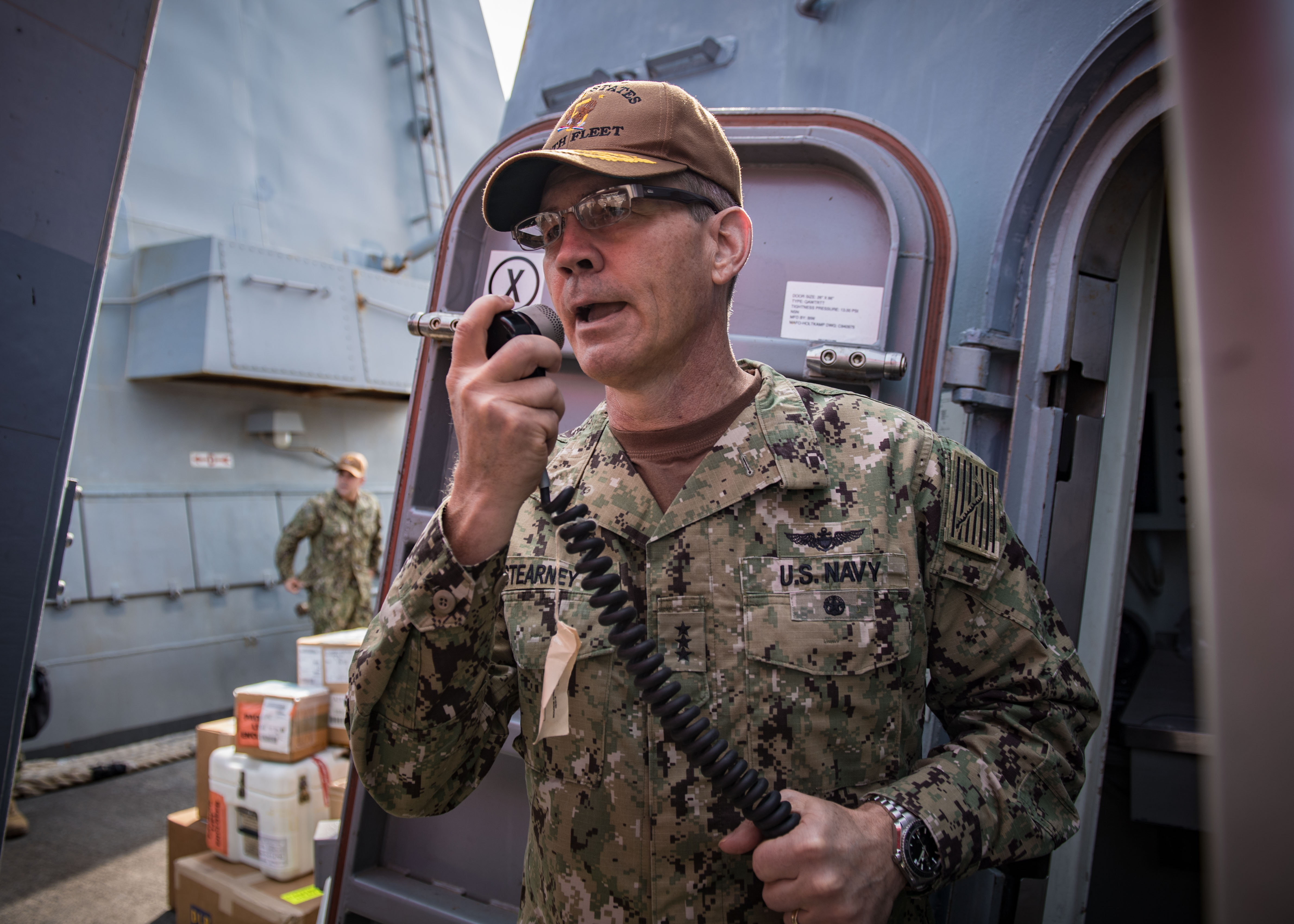 THE PENTAGON — The death of the former commander of U.S. Navy forces in the Middle East has been ruled a suicide, according to a February Navy report obtained by USNI News on Wednesday.

The preliminary inquiry into the Dec. 1 death of Vice Adm. Scott Stearney, led by NCIS agents in Bahrain, determined that the former 5th Fleet commander had killed himself in his quarters.

“Stearney was found deceased in his personal residence located in Janabiya, Bahrain. Per materials reviewed, the cause of death was determined to be [redacted] suicide[redacted],” read the Feb. 4 investigation.
“The timeline of events and witness statements support this conclusion. [Redacted] indicating his intent to commit suicide. No information uncovered during the subsequent NCIS investigation, including multiple interviews and forensic analysis of VADM Stearney’s electronic devices, contradicted this finding.”

Navy Times was first to report on the investigation’s findings.

The report recommends Stearney’s death be found in the line of duty, a determination that would allow his next-of-kin military survivors benefits and that no further inquiry was needed.

The current U.S. 5th Fleet concurred in a Feb. 12 endorsement.

The final determination on Stearney’s death comes as the Department of Defense is seeing an increase in suicides across all services in parallel with the rest of the country.

“Suicide across the military is increasing, and it’s increasing in society as well,” Capt. Tara Smith, a subject matter expert assigned to Navy’s Suicide Prevention Branch (OPNAV N171), told USNI News in April.
“Unfortunately, we are a reflection of society and we take sailors from all walks of life, and suicide across the nation has been increasing.”

Stearney had previously served as director of operations at U.S. Central Command in MacDill Air Force Base, Fla. He was a 1982 graduate of the University of Notre Dame. Stearney was designated a Naval Aviator in April 1984, and flew more than 4,500 hours, accumulating more than 1,000 carrier-arrested landings while flying F/A-18 Hornet and F/A-18E/F Super Hornet strike fighters.

“Along with the U.S. Naval Forces Central Command and Combined Maritime Forces team, I mourn the loss of an incredible Navy leader, and I miss the camaraderie and wise counsel of my friend,” Malloy said in a Wednesday written statement provided to USNI News.