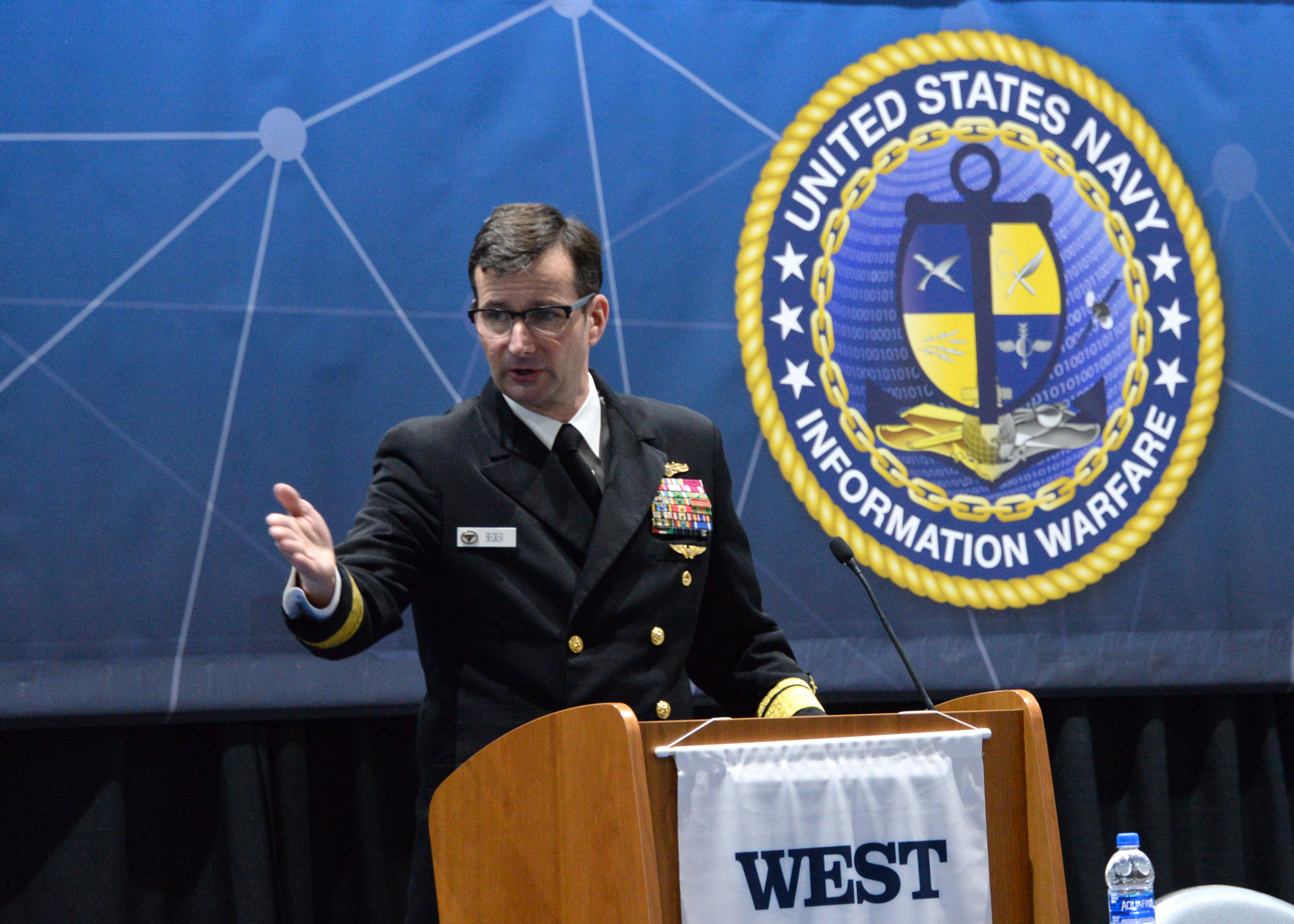 The Navy is rebranding its organization tasked with acquiring and maintaining its information technology backbone and satellite networks to place an emphasis on information warfare, according to a Monday video statement from Chief of Naval Operations John Richardson.

Space and Naval Warfare Systems Command (SPAWAR) is now Naval Information Warfare Systems Command (NAVWAR) as part of the Navy’s drive to, “normalize information warfare into the way we do operations and warfighting in the Navy,” said Richardson in a statement. “This new name more accurately describes the full totality of the mission, supporting naval warfare — from seabed to space.”

A NAVWARSYSCOM representative told USNI New on Monday, removing “space” from the title of the command was in no way a reaction to the Air Force’s creation of the `Air Force Space Command or moving some Navy space functions to Air Force control.

In a statement, the Navy said “NAVWARSYSCOM identifies, develops, delivers and sustains information warfighting capabilities and services that enable naval, joint, coalition and other national missions operating in warfighting domains from seabed to space. NAVWARSYSCOM consists of more than 11,000 active duty military and civil service professionals located around the world and close to the fleet.”

“The mission will stay the same, but a name is important because it tells us the focus that we need to have on information warfare and being part of that warfare-centric organization across our great Navy,” Becker said. “This is not about changing the missions or functions and tasks of our centers.”