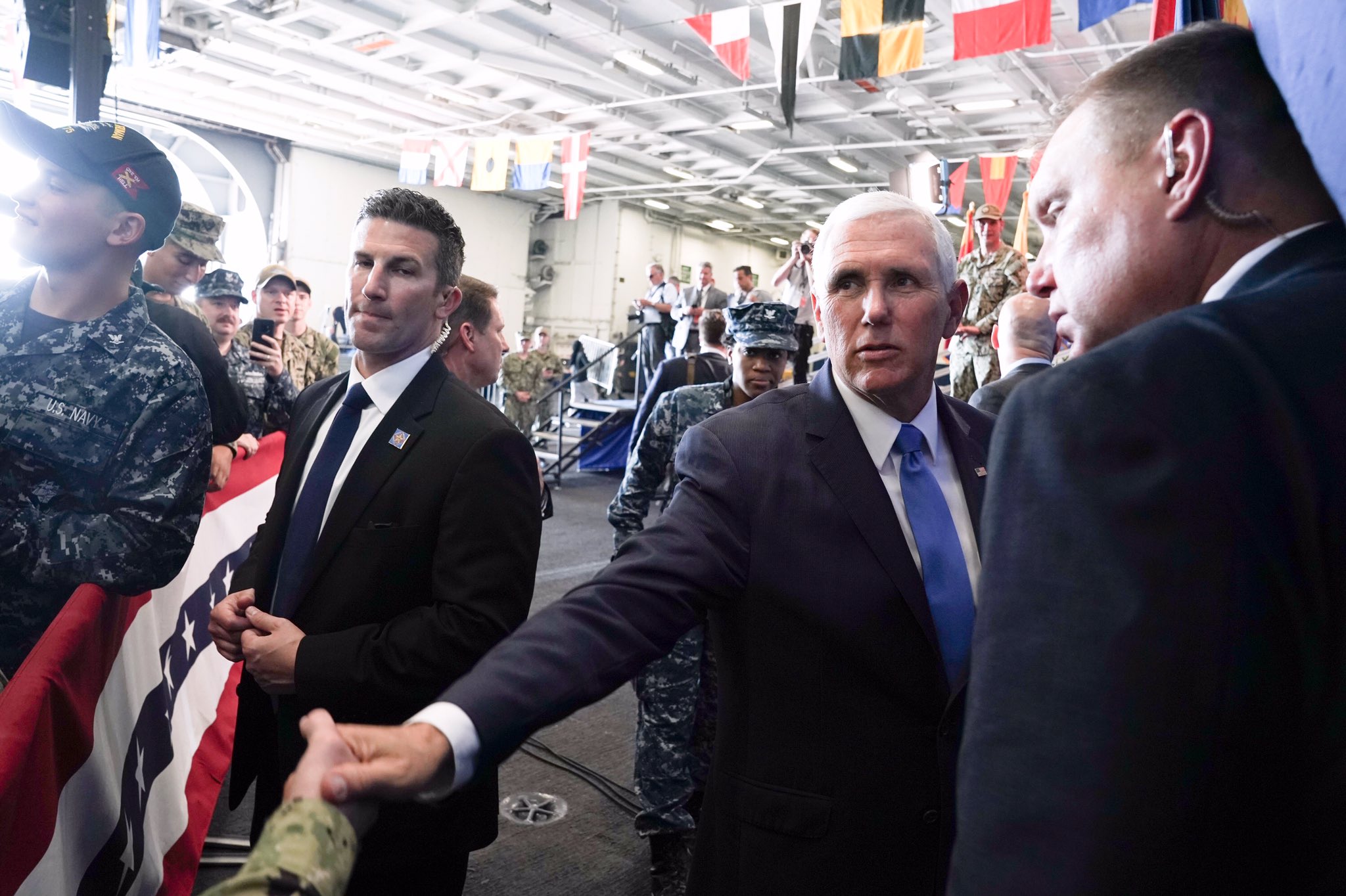 This post has been updated to include statements from Rep. Rob Wittman (R-Va.) and Rep. Elaine Luria (D-Va.) on Vice President Pence’s comments.

The White House budget proposal to skip a scheduled refueling of aircraft carrier USS Harry S. Truman (CVN-75) appears to have lost support in the Trump Administration, according to Vice President Mike Pence.

While touring Truman Tuesday, Pence addressed the crew in the ship’s hangar bay and quickly stated the plan to retire the carrier two decades early was now quashed, according to several media accounts.

“As I stand before you today, I know the future of this aircraft carrier is the subject of some budget discussions in Washington, D.C. And as we continue to fight Congress to make sure that our military has the resources you need to accomplish your mission, President Donald Trump asked me to deliver a message to each and every one of you on the deck of the USS Truman. We are keeping the best carrier in the world in the fight. We are not retiring the Truman,” Pence said. “The USS Harry S. Truman is going to be giving ‘em hell for many more years to come.”

Lt. Lauren Chatmas, a Navy spokesperson, referred questions about the plan for refueling Truman to the White House.

The proposal for Truman to skip its upcoming scheduled refueling and complex overhaul, essentially ending its life 25 years early, was included in the Trump Administration’s Fiscal Year 2020 Department of Defense budget request sent to Congress.

The retirement decision occurred in concert with a new two-carrier purchase agreement for two Ford-class carriers. The Pentagon said the combined savings derived from the Truman retirement and buying the two carriers at once would be routed to new capabilities that include unmanned systems and high-energy weapons.

.@POTUS asked me to deliver a message today — We are keeping the best carrier in the world in the fight! We are NOT retiring the Truman! The USS Harry S. Truman is gonna“Give ‘Em Hell” for many years to come! pic.twitter.com/VFt7zb9L3b

On Capitol Hill, the proposal was immediately met with bipartisan skepticism that not refueling Truman would result in significant savings or increase the readiness and lethality of the fleet, USNI News previously reported.

“I think that’s a ridiculous idea,” Rep. Elaine Luria (D-Va.), a retired Navy commander representing the district that includes Naval Station Norfolk, said shortly after the budget proposal was made.

In a late Tuesday statement provided to USNI News, Wittman praised the announcement from Pence.

“This is the right choice and I am glad to see the administration make this correction. I have been adamant since the beginning that retiring the USS Truman halfway through its expected service life would be strategically and fiscally irresponsible. Aircraft carriers are the nation’s preeminent power projection platform and the cornerstone of the US Navy. Completing the USS Truman’s Refueling and Complex Overhaul (RCOH) is critical to reaching our 12-carrier requirement,” he said.
“I will continue fighting to keep the USS Truman’s RCOH on schedule and properly funded. We must continue to make the investments now, not only to maximize naval power as a deterrent force but also to combat and defeat our adversaries if conflict is required.”

Luria applauded the move in a statement to USNI News late Tuesday.

“I’m glad that the administration reversed itself because this would have been an awful decision for Hampton Roads and America,” Luria said. “As someone who served two years on the USS Harry S. Truman, I have firsthand knowledge of its value and ability to bring sustained power anywhere on Earth.”