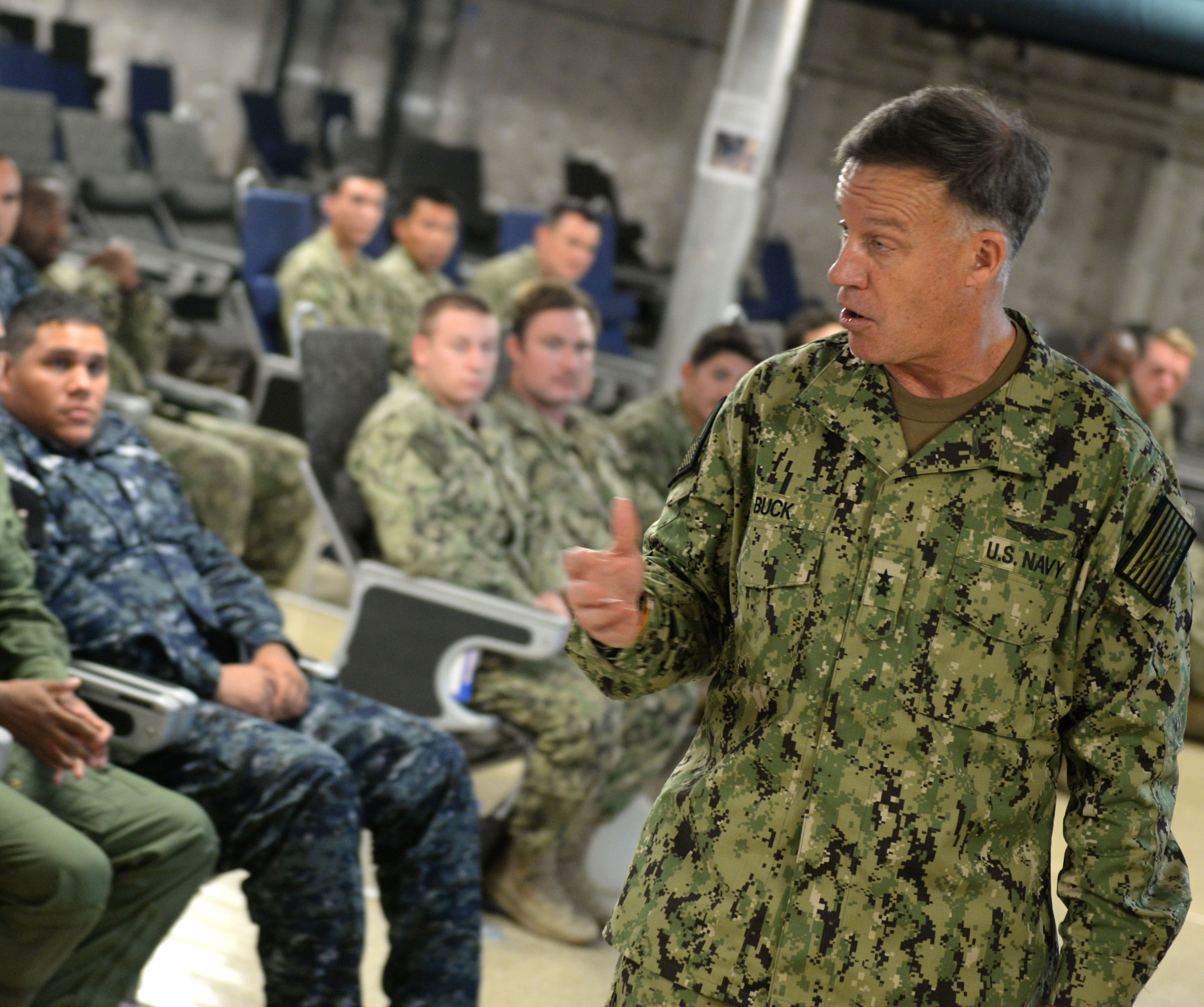 A previous version of this post incorrectly identified Vice Adm. Ted Carter as a pilot. He is, in fact, a naval flight officer with experience in F-4 Phantom IIs and the F-14 Tomcats. This post has also been updated to include a statement from the Naval Academy.

The current head of the U.S. naval arm in Central and South America has been nominated to be the next Superintendent of the U.S. Navy Academy, USNI News has learned.

Rear Adm. Sean S. Buck was nominated to be the 63rd Superintendent and will follow Vice Adm. Ted Carter as the head of the undergraduate military school. Buck’s nomination reached the Senate on Monday, according to a notification to the reviewed by USNI News on Tuesday.

“The date of the change of command is yet to be determined, pending confirmation by the U.S. Senate,” read a statement from the U.S. NAval Academy.
“Additional details will be provided as they become available.”

Buck, a career naval flight officer, has led the naval forces in U.S. Southern Command since 2016.

The 1983 Naval Academy graduate flew P-3C Orion and served in Patrol Squadron 40 (VP 40). He also served a disassociated sea tour on USS Theodore Roosevelt (CVN-71) as the V-2 catapult and arresting gear division officer and a department head tour with VP 26. He subsequently commanded VP 26, and Patrol and Reconnaissance Wing 11.

Carter, a career naval flight officer and 1981 USNA graduate, has led the Naval Academy since 2014.

The following is the complete April 30, 2019 statement from the U.S. Naval Academy.

ANNAPOLIS, Md. (NNS) — Secretary of the Navy Richard V. Spencer and Chief of Naval Operations Adm. John M. Richardson have nominated Rear Adm. Sean S. Buck (USNA Class of 1983) for appointment to the rank of vice admiral and assignment as the next superintendent of the U.S. Naval Academy, Annapolis, Maryland.

Buck is a career naval flight officer and is currently serving as commander, U.S. Naval Forces Southern Command and U.S. 4th Fleet in Mayport, Florida. He has an extensive operational background to include command of Patrol and Reconnaissance Wing 11, and recently served as the chief of staff to the plans and policy director for the Joint Staff in Washington, D.C.

The date of the change of command is yet to be determined, pending confirmation by the U.S. Senate. Additional details will be provided as they become available.