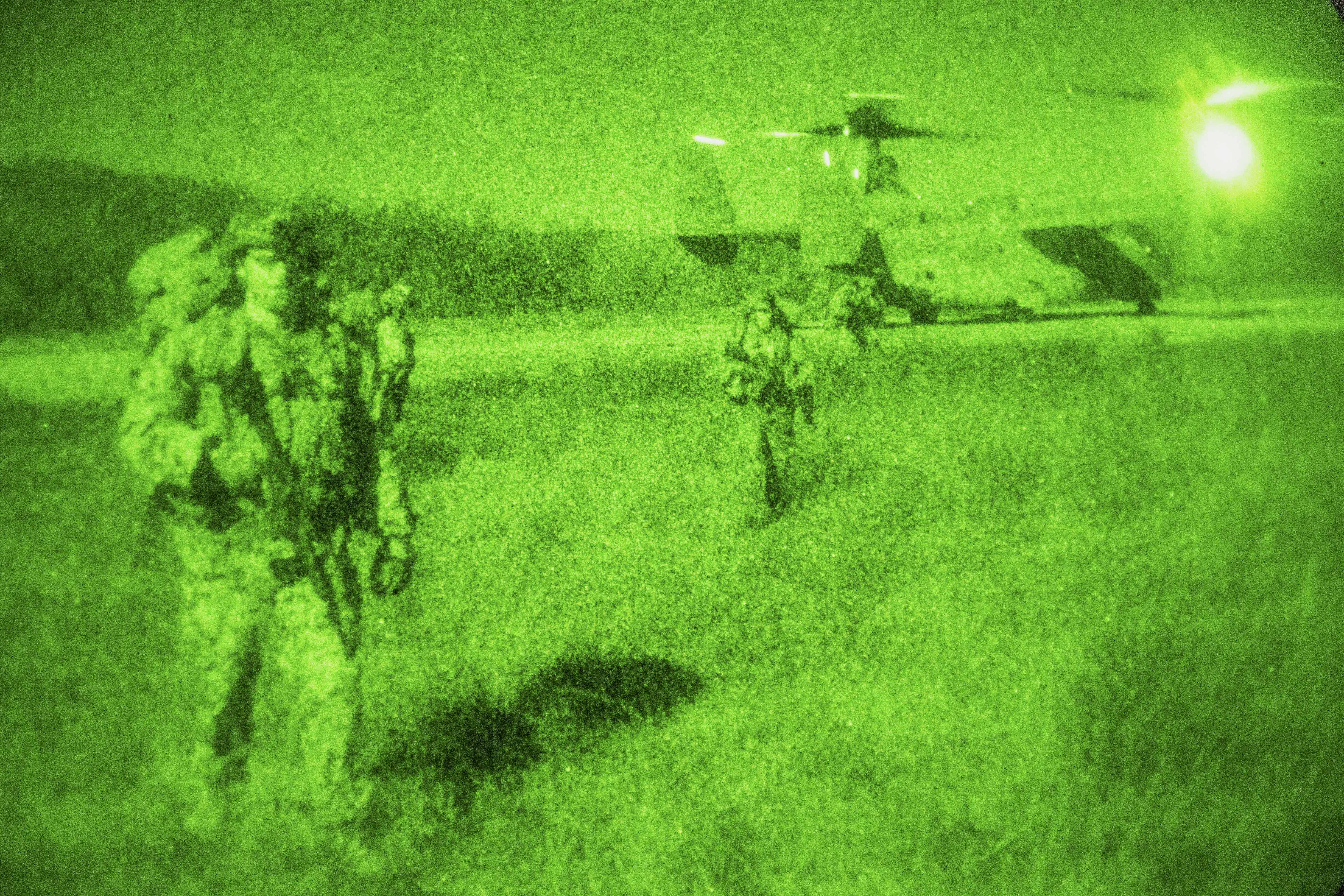 CAMP PENDLETON, Calif. – Lt. Gen. Joseph Osterman, commander of I Marine Expeditionary Force, wants his Marines trained and ready to fight adversaries just as combat capable and technologically adept as they are.

“The challenge is, how do I get the MEF to be a theater-level, combined-arms force but that (one) also empowers subordinates for a very distributed fight?” he said.
“The Marines realize their primary focus has to be on the near-peer fight.”

Advancements in technology and weaponry are helping give Marines in small units a more lethal, capable, combat edge. But the proliferation of technologies also gives potential enemies similar or equal advantage. Today, more Marines are likely to encounter highly-capable “enemies” and threats from non-state actors during field training exercises. Scenarios and simulations pit them in a complicated battlespace where they have to deal with non-kinetic fires such as cyber warfare, electronic warfare, information operations and social media. 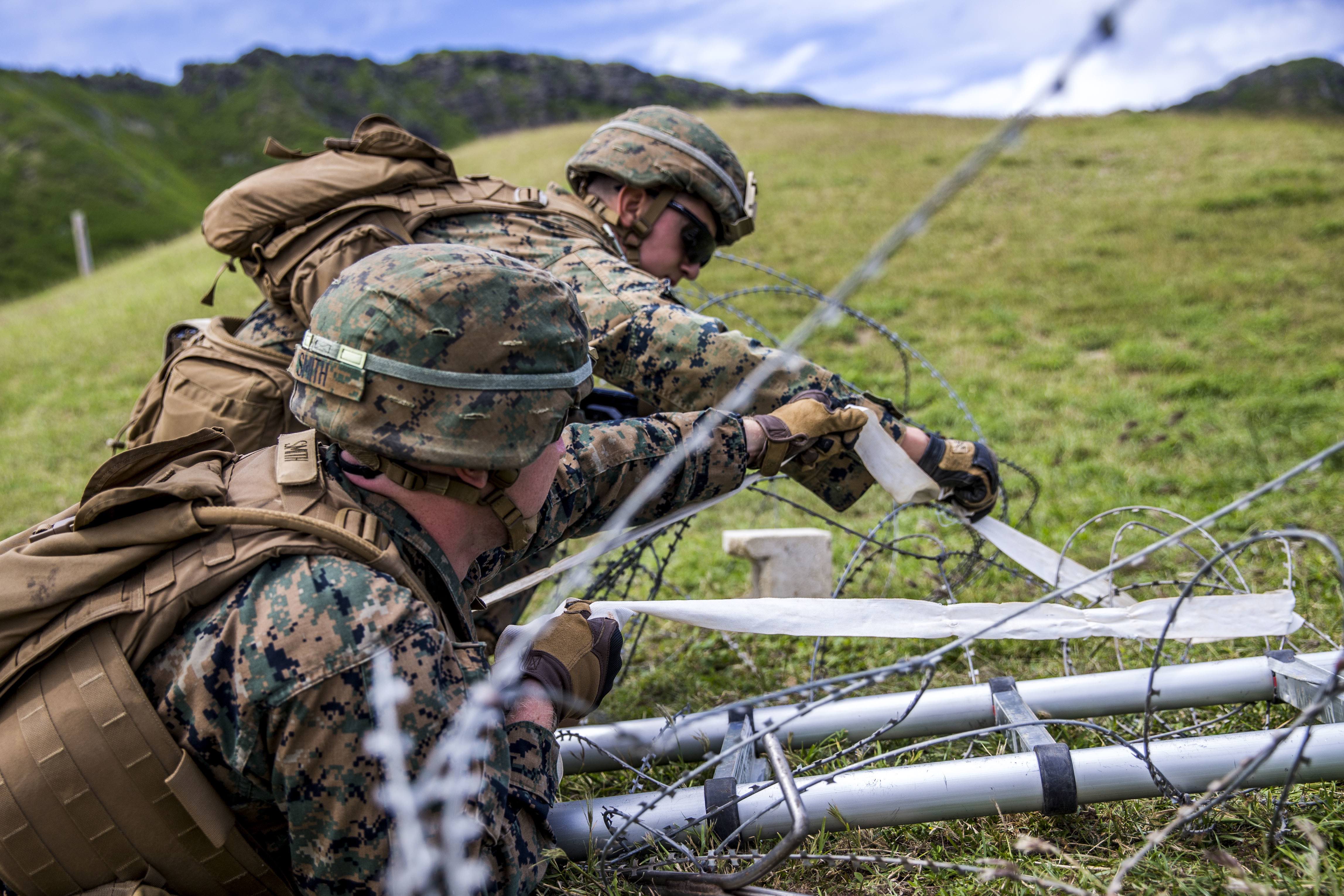 All that plays out this month during I MEF’s force-level, staff training and naval integration exercise called Pacific Blitz 2019, which kicked off March 12 in Southern California with the San Diego-based 3rd Fleet. The exercise, which ends March 26, this year combines the logistics exercise Pacific Horizon and amphibious exercise Dawn Blitz.

Among the scenarios posed to the MEF and fleet staffs, Osterman said he’s particularly curious about how they handle non-kinetic challenges, like dealing with enemy perceptions or dissatisfied local populations, and operations involving the space domain. “We haven’t had to worry about that for two decades. The Taliban doesn’t have satellites up there,” said Osterman, who’s done combat tours in Afghanistan and Iraq. “But how do we work that?” Marines in the exercise also will grapple with cyber attacks, managing the electronic spectrum, protecting electronic signatures, working with degraded communications and GPS-jamming, the latter which “ISIS had pretty good capability early on” in Syria, he added. 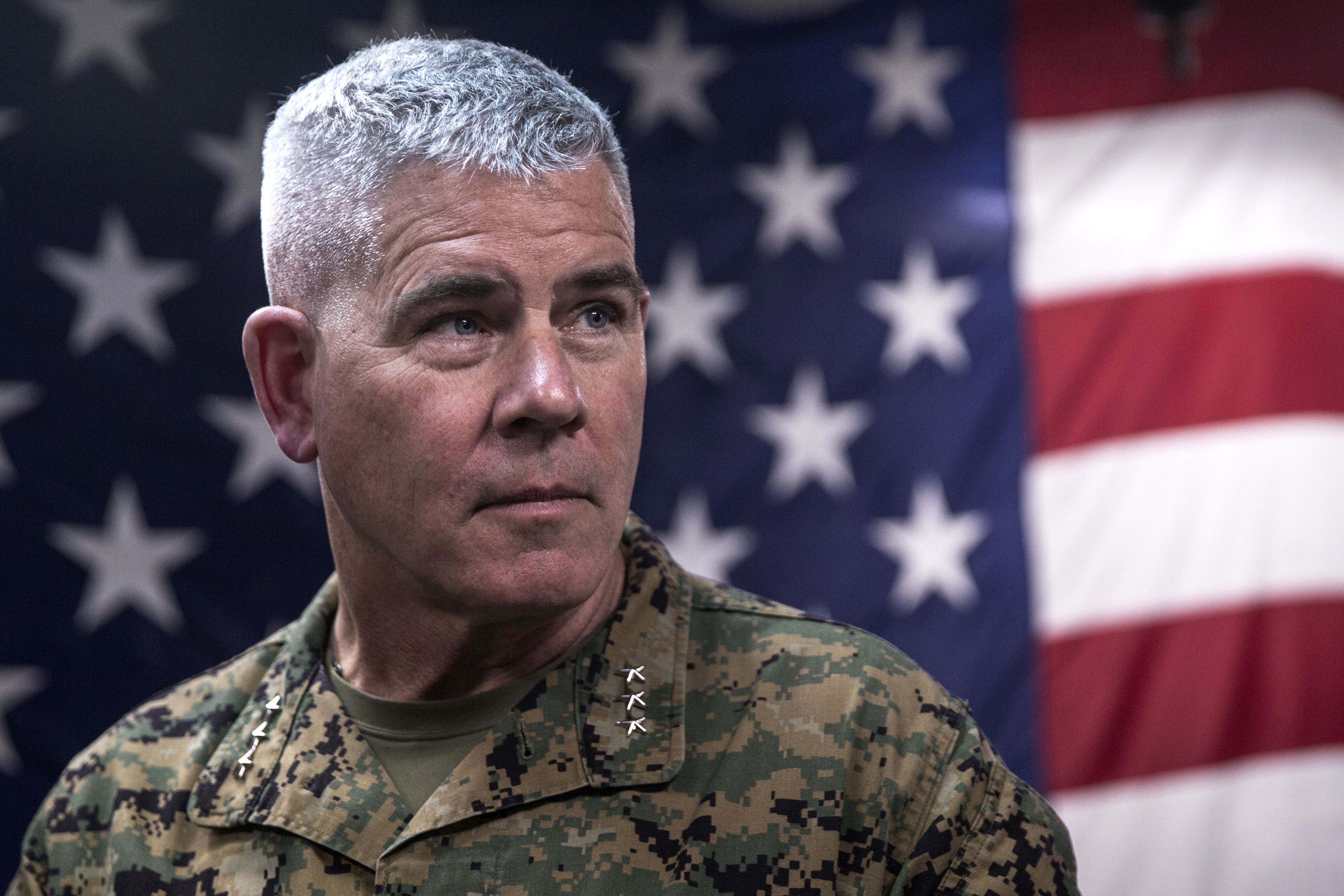 Lt. Gen. Joseph L. Osterman, the commanding general of I Marine Expeditionary Force, poses for a photo during a visit aboard the amphibious assault ship USS Boxer (LHD-4) in February. US Marine Corps Photo

If I MEF’s experiences from the past year alone are indicative, West Coast-based Marines won’t be idle.
“A few months ago, we were in five different combatant commands. I’ve got forces in the Indo-Pacific region, doing everything from engagement and shaping operations with island-nations… to a unit deployment to Okinawa to the (31st Marine Expeditionary Unit) sailing around,” Osterman said. The 13th MEU was positioned off Libya, working for U.S. Africa Command, he said, while the rest of that MEU worked in Iraq and other engagements in the U.S Central Command area. The Special-Purpose Marine Air-Ground Task Force Crisis-Response in CENTCOM – some 2,000 Marines based in Kuwait – is supporting combat operations into Iraq, Syria, and Afghanistan. During his recent visit with them, he told them: “Our Special-Purpose MAGTF is going to be there for the long haul. That kind of engagement, I think, is something nationally we’ve decided that it is required.”

Another 1,000 or 1,500 Marines from I MEF are assigned at the U.S.-Mexico border. They “started out doing security operations and now they are doing engineering down there, laying concertina wire and operating camera systems and things like that” for Customs and Border Protection, Osterman said. And some 300 Marines and sailors with Special-Purpose MAGTF-Peru boarded amphibious transport dock USS Somerset (LPD-25) in San Diego late last year, deploying for training exercises and engagements in Peru. 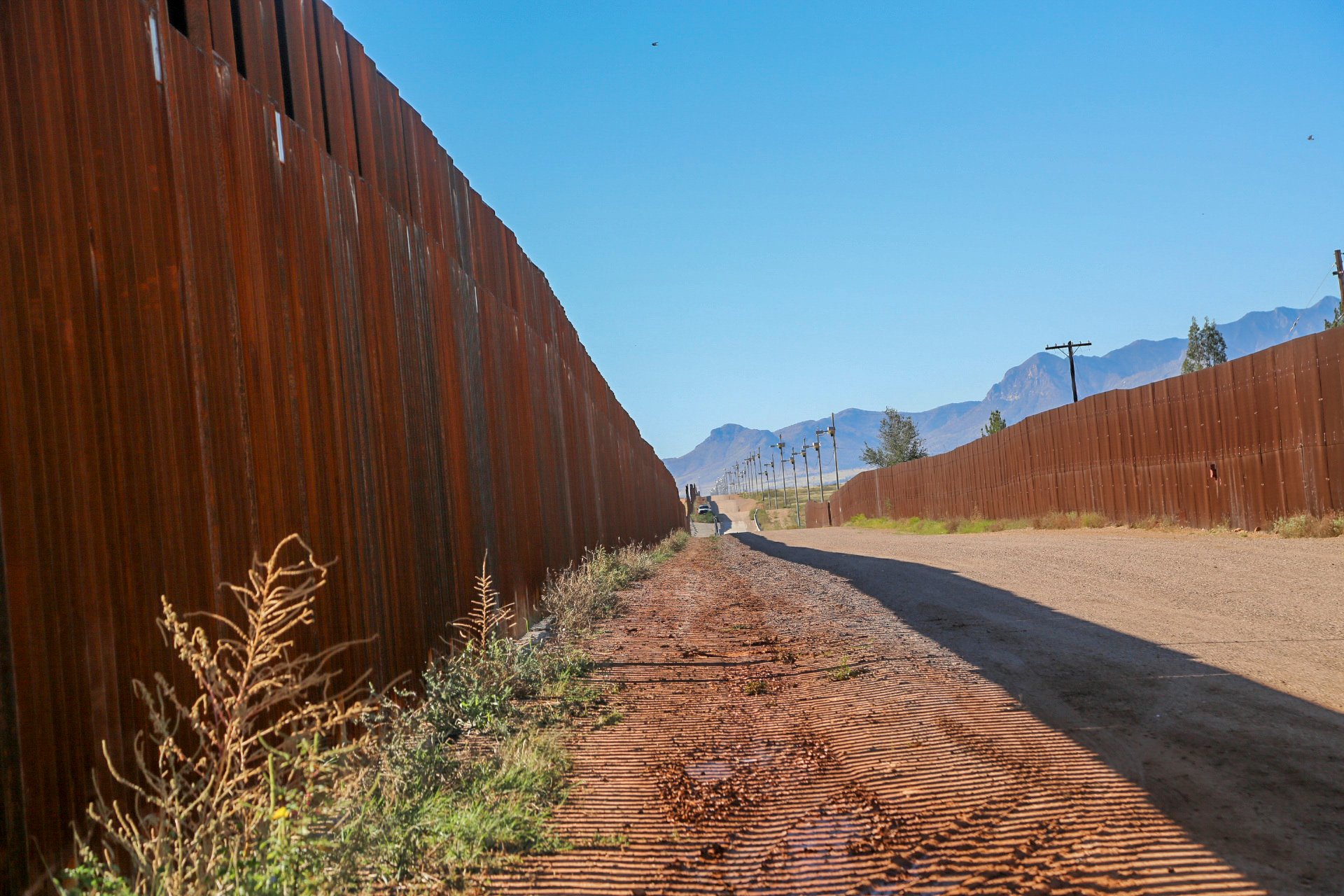 “So when you think of it,” Osterman said of his focus on I MEF training, “it’s everything from being prepared for that near-peer fight to current combat operations in Syria to literally military engagements with other nations in kind of a security cooperation-type of environment.”

So what are the likeliest threats that I MEF will face? Osterman zeroes in five likely fights.

China and Russia are “the most dangerous because they are the most capable adversaries,” he said, and both have been extending their soft influence – “subtle maneuvering, if you will” – across the globe. Iran and North Korea are dangerous “because they are less predictable. Less capable but less predictable.” Then there’s the global counter-terrorism threat that requires I MEF maintain certain capabilities, including military advisers he refers to as “a warm capability for that CT fight.”
The Special-Purpose MAGTF in CENTCOM “is engaged in all of that,” Osterman said, with “high-end kinetics in Syria all the way down through to advising the Iraqi forces and then down to building partner capacity associated with the Middle Eastern countries that they’re engaged with in exercises.” 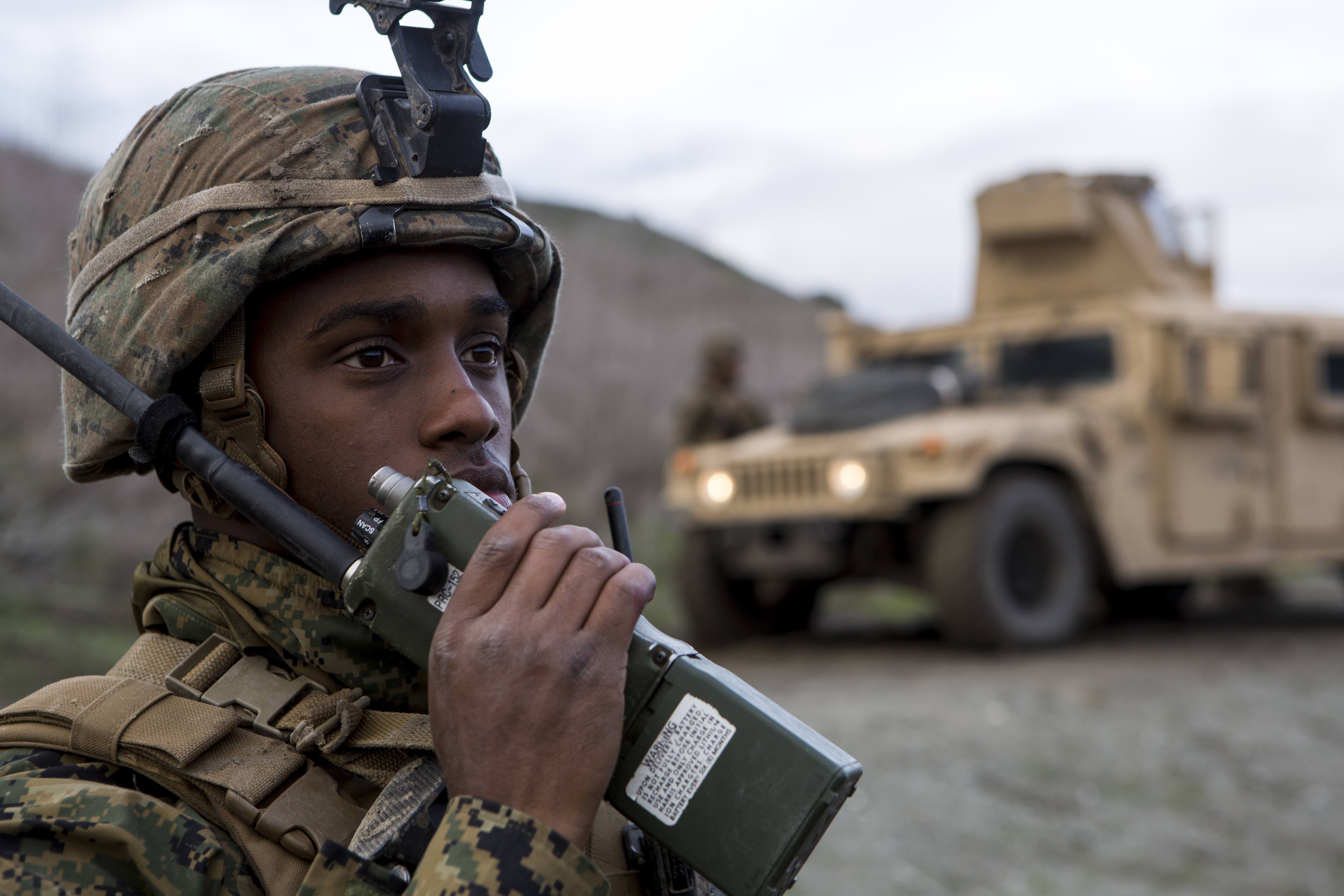 “We’ve got to be able to do it all, frankly,” he said. “We have to work to make sure we don’t lose the capability set” between traditional warfare and counter-terrorism. A challenge, he added, “is getting people out of the mindset of CT and making sure they’re thinking about near-peer adversaries in their training programs.”

Continued deployments of I MEF Marines into Afghanistan – lately it’s been about a company’s worth of Marines, he said – might hinge on the U.S. and Afghan government’s ongoing talks with the Taliban. “How that plays out will determine which way,” Osterman said. Marines continue to support U.S. operations in Syria and in Iraq, but requirements and public sentiments are constantly changing.

And yet, “you’ve got other countries in the region that are begging for our forces to come in to establish a more permanent presence in their countries,” he said. “I think the Marines from I MEF understand we’re going to be in the Middle East/CENTCOM area…for the long haul.” 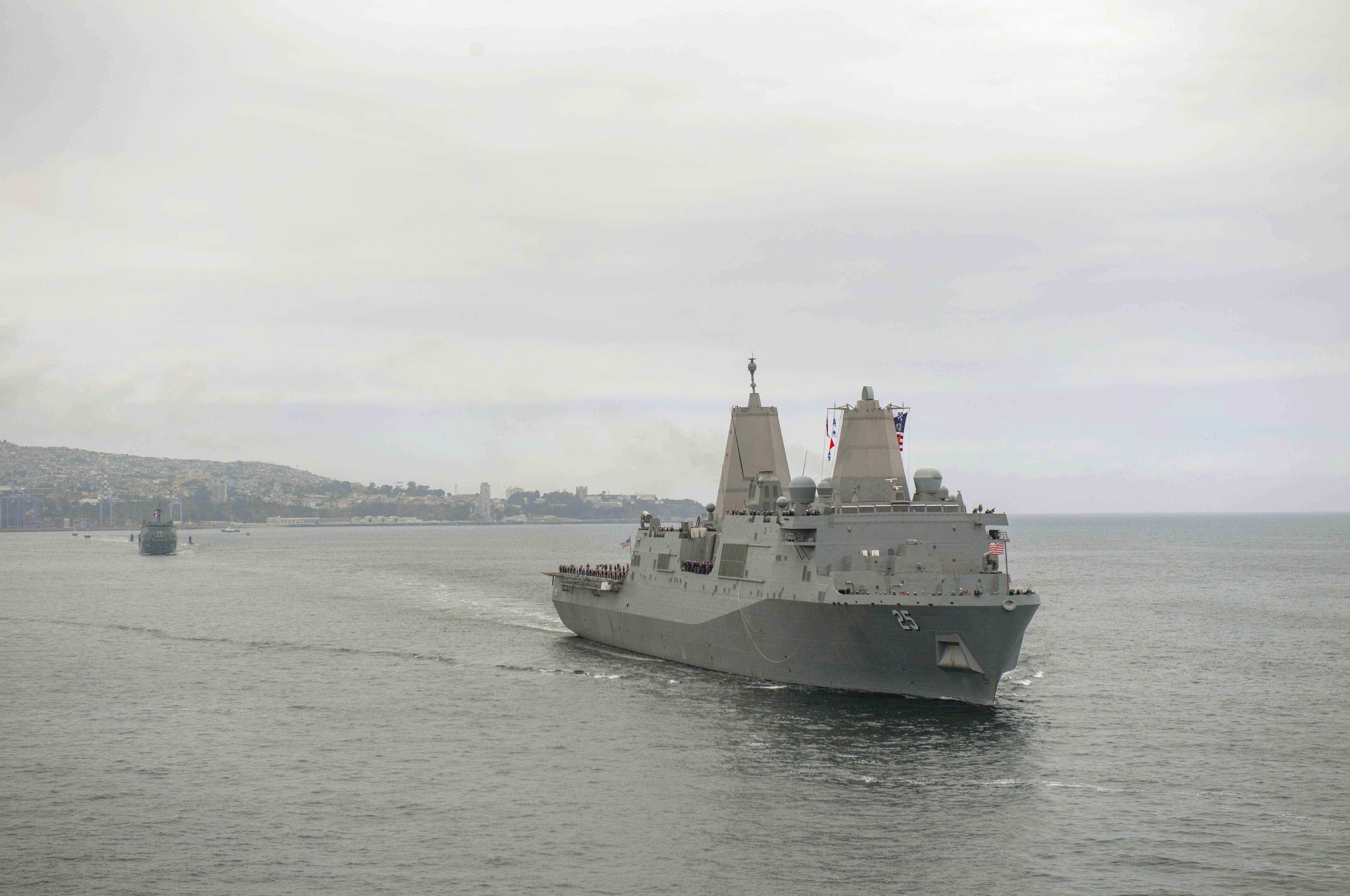 Among his biggest lessons? “I was used to maneuvering regiments or battalions around the battlespace to achieve effects, and when I got down to SOF, I realized you could have a team of people who are placed in the right position that have strategic impact,” he said. “I really took that as a way to get to this decentralization of decision-making in the battlespace. I think we’re getting more… into where squads and platoons of Marines have strategic consequences in the battlespace.”