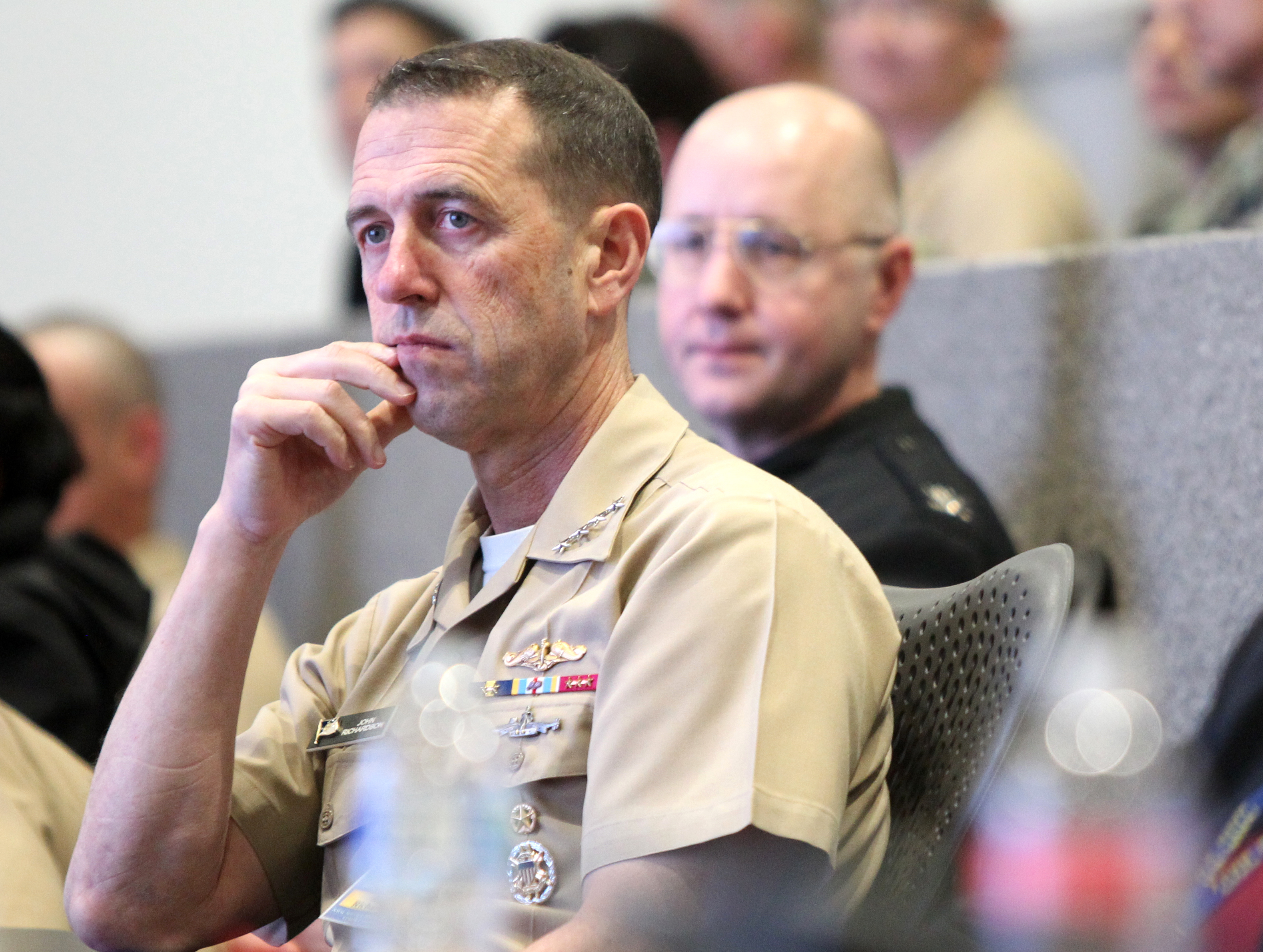 WASHINGTON, D.C. – The Navy has not released flag officer assignments publicly since October because the service is concerned its senior leaders are targets for cyber attack, Chief of Naval Operations Adm. John Richardson told reporters on Wednesday.

Since the start of Fiscal Year 2019, the Navy has sent 74 flag officer nominations to Senate for approval. During the same period, the Navy has publicly acknowledged 22 flag officer confirmations without naming their new positions, and one flag assignment. All flag officers nominated for promotion are posted online by the Senate upon receipt and before the Senate Armed Services Committee considers the nominations.

Before October, the Navy routinely announced flag officer nominations and future job assignments through the Pentagon’s press office. On Wednesday, when asked by USNI News to explain the apparent change in Navy policy, Richardson said the purpose was to address a vulnerability.

“I don’t know if you’ve been personally attacked in the cyber world, but our flags are,” Richardson said.

Restricting the release of flag nominations and assignments is intended to help flag officers secure their cyber profiles, Richardson said.

“And again, this may not work out in the end,” the CNO added.

A recent internal Navy study details how the department and its industry partners are under a cyber siege by hackers from China and other foreign actors such as Russia and Iran, as first reported by The Wall Street Journal. The report describes a near-constant cyber attack and a department still trying to determine the extent of data breaches and what vulnerabilities remain.

“I think that information will get out eventually,” Richardson said. “I suppose I’d say there’s always a tension between transparency and security.”

In contrast, the Air Force and Marine Corps, through the Pentagon’s press office, continue to release the names of general officers nominated for promotions and their next duty assignments pending Senate approval. The Army releases similar information about its general officers, but after Senate confirmation.

When asked by USNI News why the Navy appears more concerned than the other service branches, Richardson said, “we’ll let them know what we found out” after observing whether this new policy has any effect on the officers’ cyber safety.

The Navy is still refining the new flag promotion policy, the CNO said. Part of this process involves evaluating the implications of restricting information about flag nominations and promotions, including how the force learns of senior leadership changes.

“Our force knows where our flags are going,” Richardson said.

The following rear admirals were nominated by the Navy for promotion to vice admiral on March 6. Their nominations are pending Senate confirmation.

The following Navy reserve captains were nominated by the Navy for promotion to rear admiral on March 6. Their nominations are pending Senate confirmation.