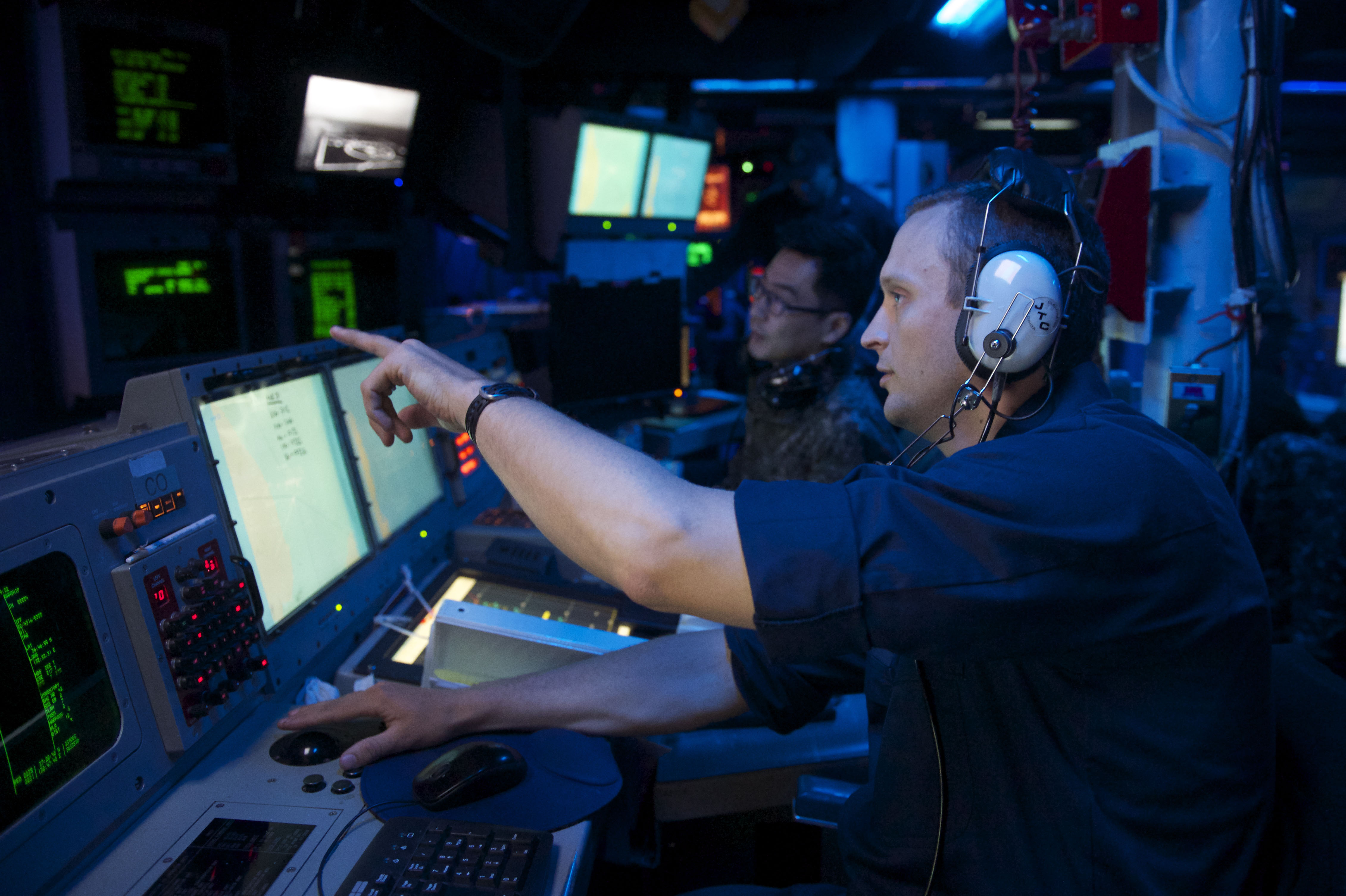 ABOARD USS ABRAHAM LINCOLN, IN THE VIRGINIA CAPES OPERATING AREA – The Navy’s approach to information warfare continues to mature, as the Abraham Lincoln Carrier Strike Group is conducting the first pre-deployment training with a board-selected Information Warfare Commander serving on the strike group admiral’s staff.

A few other recent strike groups have deployed with an information warfare commander in place, but Capt. Steve Shepard was in the first group of IWCs put into the job via the formal board selection process, and he’s the first of that cohort to start in the pre-deployment training pipeline. The Lincoln Strike Group is currently underway for its Composite Training Unit Exercise (COMPTUEX).

Shepard told reporters on Monday during a visit to USS Abraham Lincoln (CVN-72) at sea that it has been something of “a pickup game” trying to assemble his staff since he arrived at the strike group in June. He has pulled together anyone from the strike group staff, Lincoln’s ship’s company, Carrier Air Wing 7 and Destroyer Squadron (DESRON) 2 who deals in anything falling under the information warfare umbrella – thereby unifying the 400 or so personnel who were already part of the strike group and dealing in the information warfare disciplines without increasing the staff size.

Lessons learned from this upcoming deployment will help shape future strike group deployments with an IWC, with an eye towards how large a staff the commander needs and any other changes that could be made to maximize the command’s ability to help the strike group commander.

Shepard said the amount of information potentially available to a strike group has greatly increased in recent years and decades, to the point of needing someone formally tapped to manage it all.

The captain joined the Navy in May 1990 as an intelligence officer in an A-6 squadron. He said he could go into the ship’s intelligence center and see 18 message boards hanging on the walls that contained “every piece of intelligence on the ship, and people would read that and you were good to go. Today, there’s so much information out there. … A lot of our information has gotten to the point where we need someone to oversee that. So I am a major warfare commander, equivalent to an air wing commander, the CAG, a DESRON commander, et cetera. So we’re taking some key disciplines that [fall under] information warfare: that would be your N2, your intelligence team; your N9, which is your information operations and electronic warfare; your N6, which is communications; your weather, meteorological, and in some cases space. So we call that the information warfare community, and they really kind of work hand-in-hand. I oversee all that for the carrier strike group.”

Shepard said the strength of his job is the ability to “help provide fused information so the commander understands what’s going on: you’ve got your intelligence picture, we call that battlespace awareness; his communications are enabling him to have a command and control of the forces around him and be able to communicate effectively, particularly with a high-stress situation when you’re under fire; and additionally that we can advise the commander on where he needs to operate based on the weather conditions, what’s going on there that we can help guide the ship in such a way that puts us in a position of tactical advantage.”