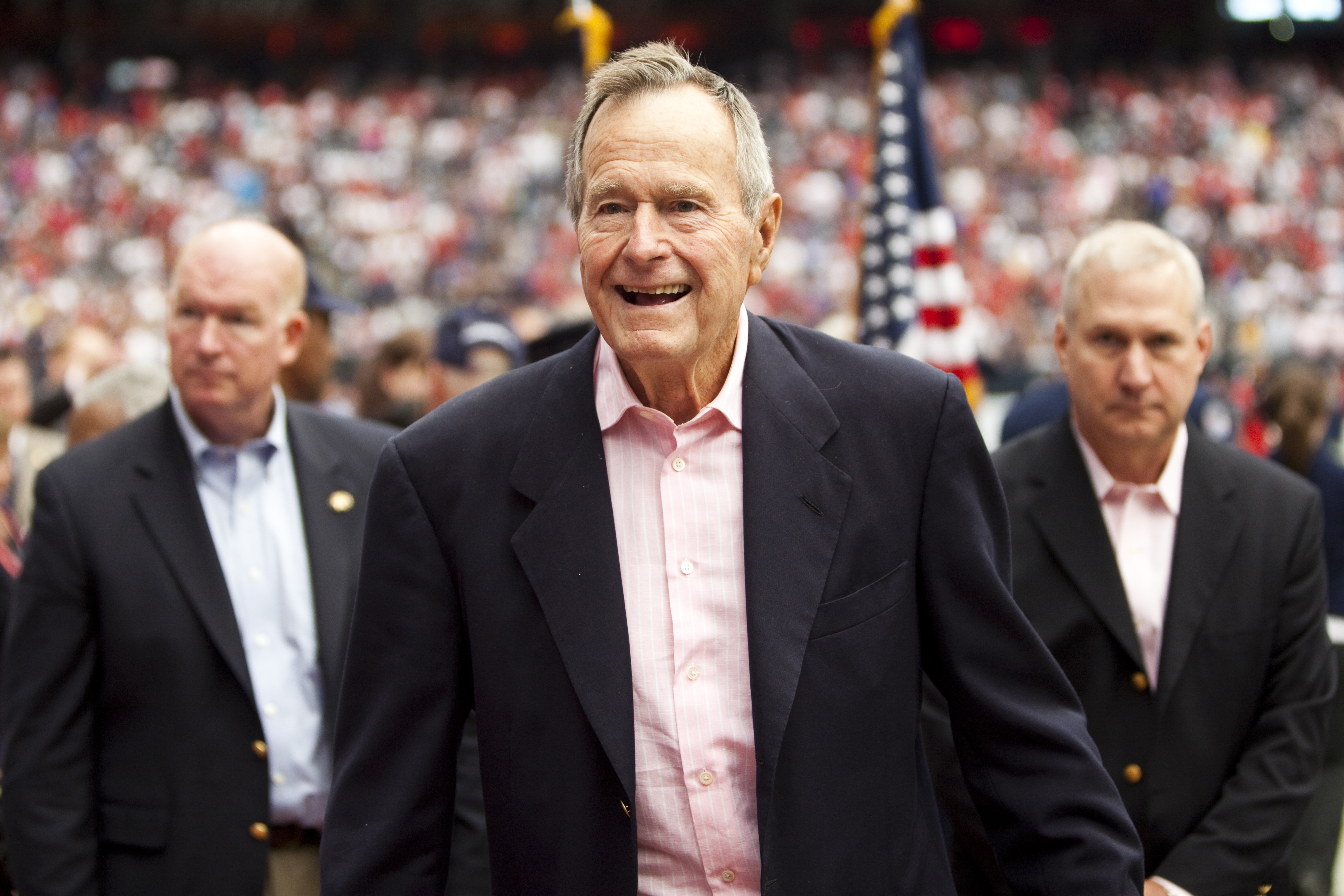 George Herbert Walker Bush — 41st President of the United States — died on Friday in his Houston home. He was 94 years old. The former naval aviator with a decades-long legacy of public service was one of six U.S. presidents to have served in the Navy. 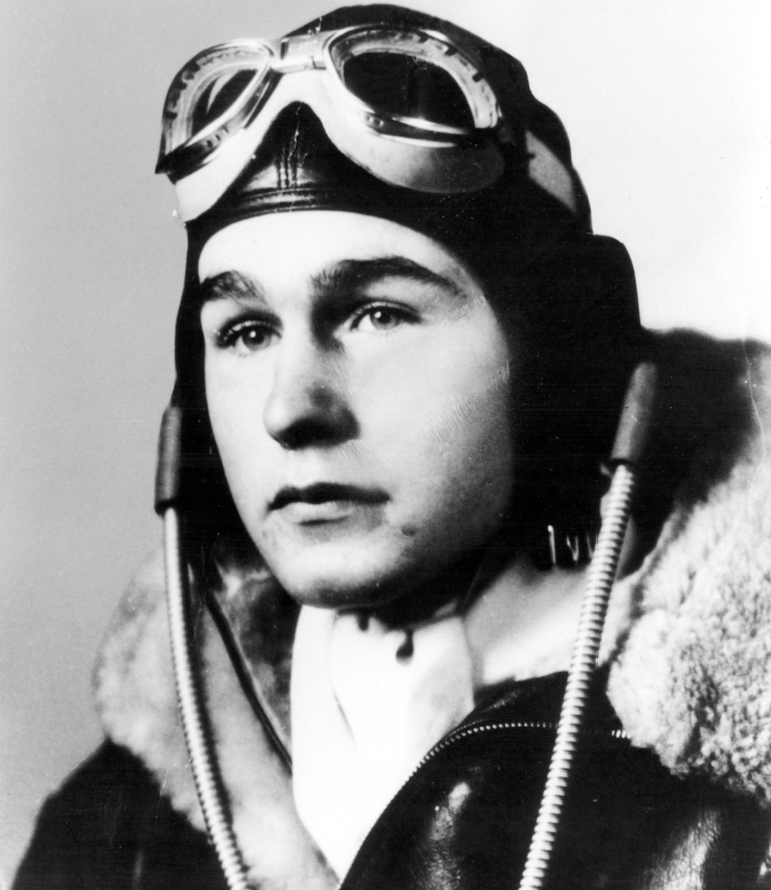 Bush was born June 12, 1924, in Milton, Mass., and grew up mostly in Greenwich, Conn. His father Prescott Bush was a Wall Street investment banker and served in the Senate from 1952 to 1963.

Just after graduating high school at Phillips Academy in Andover, Mass., Bush volunteered to join the Navy on his 18th birthday in 1942. A year later, after 10 months training to be a pilot, Bush was commissioned as an ensign in the Naval Reserve on June 10, 1943 — just days before his 19th birthday making him one of the youngest U.S. naval aviators of all time.

In the spring of 1944, Bush was assigned to Torpedo Squadron (VT-51) aboard carrier USS San Jacinto (CVL-30). San Jacinto was part of Task Force 58 which attacked the Japanese in the Marcus, Wake, Marianas and Bonin islands.

On Sept. 2, 1944, Bush, Radioman Second Class John Delaney and Lt. j.g. William White were sent to attack a Japanese position on the island of Chi Chi Jima. Bush’s Avenger took heavy anti-aircraft fire during the attack. With his Avenger’s engine on fire, Bush and his crew still managed to successfully bomb their target before turning out to sea, according to the Navy History and Heritage Command.

Bush ordered everyone to bail out, but only he survived. After spending several hours in an inflatable lifeboat, he was rescued by the submarine USS Finback (SS-230). Bush spent a month aboard Finback before returning to flight service on San Jacinto. 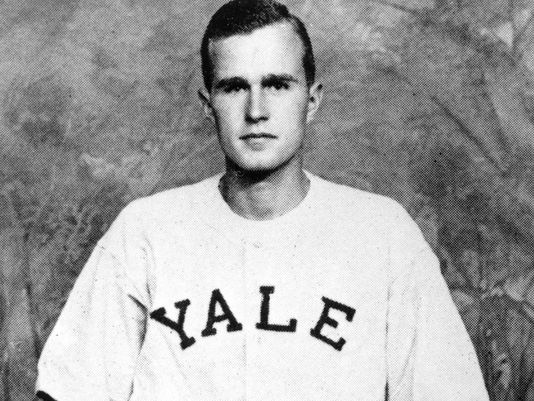 Bush flew 58 combat missions and was presented the Distinguished Flying Cross and three Air Medals. After San Jacinto returned to Guam in 1944, Bush was assigned to train new torpedo pilots in Norfolk, Va., and then assigned to a newly formed torpedo squadron, VT-153, before the war ended. He was honorably discharged in 1945 and entered college as a freshman at Yale University.

While at Yale, Bush majored in economics and was captain of the baseball team. Bush married Barbara Pierce in January 1945. They had six children– 43rd U.S. President George W. Bush, Robin, John (known as Jeb), Neil, Marvin and Dorothy. 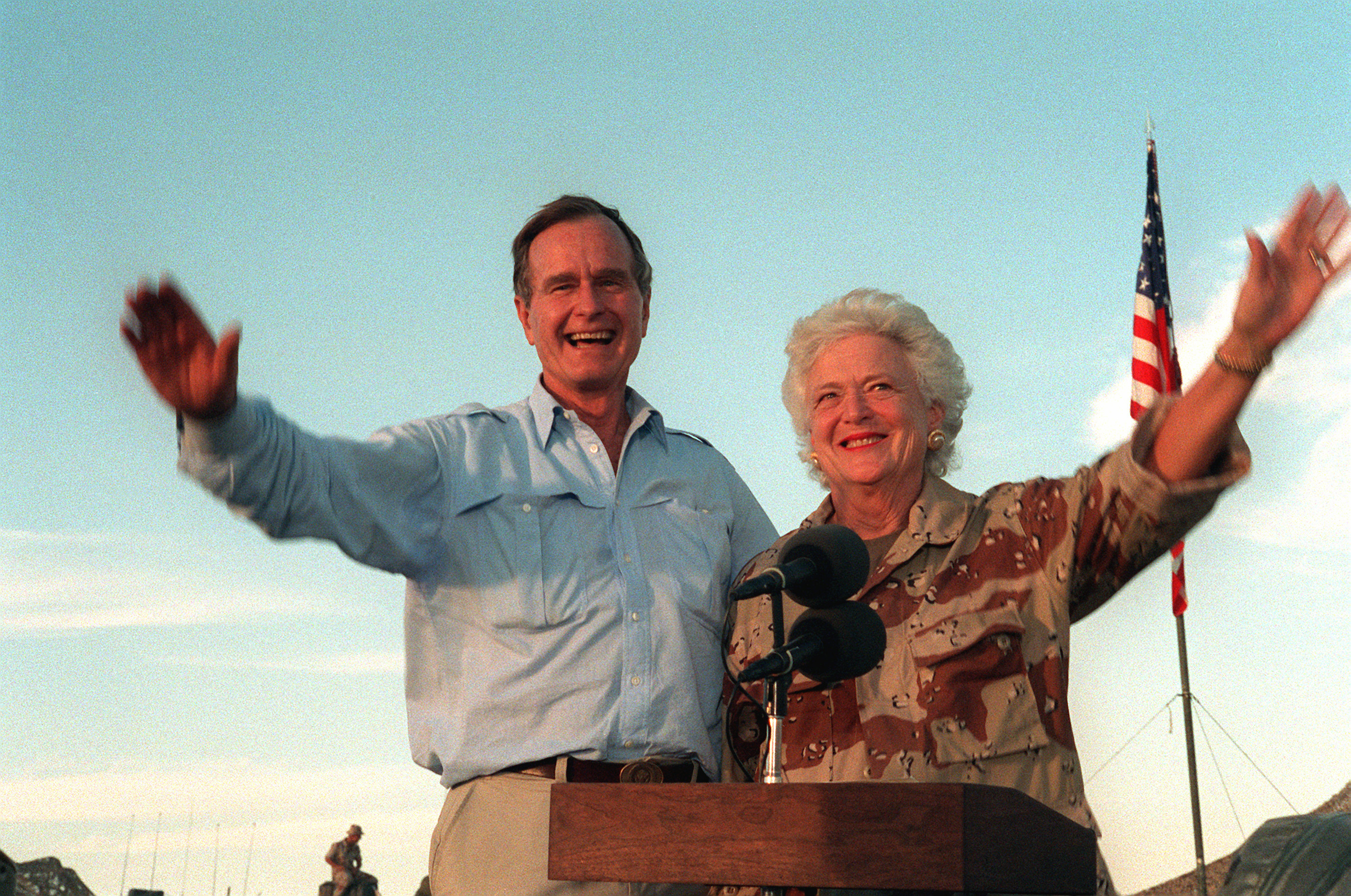 U.S. President George H.W. Bush and first lady Barbara Bush wave as they stand in the back of a vehicle during a visit to a desert encampment in Saudi Arabia on Nov. 22, 1990. US Navy Photo

After Yale, Bush spent decades in and out of public service. Before joining Ronald Reagan on the 1980 presidential ticket, Bush had served as a two-term congressman representing Houston, the Director of the Central Intelligence Agency under President Gerald Ford. He was also the U.S. Ambassador to the United Nations and the Chief of the U.S. Liaison Office in the People’s Republic of China. When he was elected president in 1988, Bush brought to the White House a determination to making the U.S. “a kinder, gentler nation.”

During his one term in office, Bush presided over major shifts in U.S. foreign policy as the Berlin Wall came down, the Soviet Union dissolved and the Cold War faded. U.S. military and political leaders increasingly focused on the Middle East.

In 1991, Bush ordered 425,000 U.S. troop to expel Iraqi forces from Kuwait as part of Operation Desert Storm. Bush was out of office when the Navy reestablished U.S. 5th Fleet, but the robust Bahrain-based Navy presence occurred because of Desert Storm and the ensuing military focus on the region.

Early in Bush’s presidency, he sent U.S. troops to Panama, to oust the nation’s strongman president Manuel Noriega because of threats made to what was still the U.S.-controlled Panama Canal and U.S. citizen living inside the canal zone.

While noted for foreign policy success stories, including helping secure ensure the Soviet Union’s nuclear arsenal was secured during the nation’s breakup, his bid for a second term was unsuccessful largely over domestic issues including a lagging economy, increasing inner-city crime and high deficit spending. 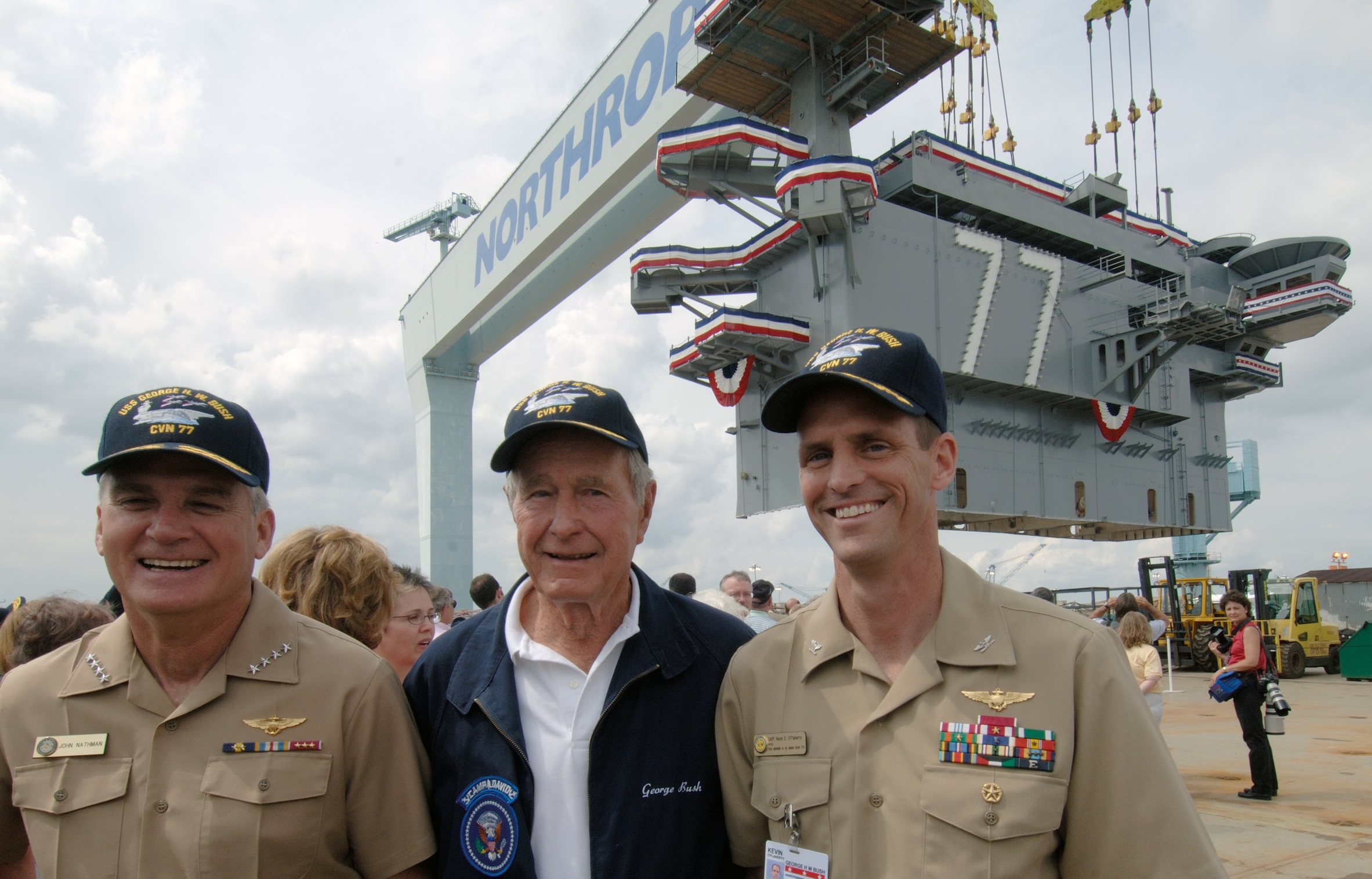 After leaving office, Bush focused on volunteering and raising money for charitable causes. He served as chairman of the University of Texas M.D. Anderson Cancer Center Board of Visitors. He also teamed up with former President Bill Clinton to raise money for relief efforts following the 2004 Indian Ocean Tsunami, Hurricanes Katrina, Rita and Ike.

In 2017, Bush teamed up with former Presidents Jimmy Carter, Clinton, George W. Bush, and Barack Obama to raise funds for relief efforts in Texas, Florida, Puerto Rico and the U.S Virgin Islands. While his son, President George W. Bush, was in office the Navy named the last Nimitz-class aircraft carrier in his honor.

Bush died less than a year after his wife Barbara of 73 years. She died on April 17.