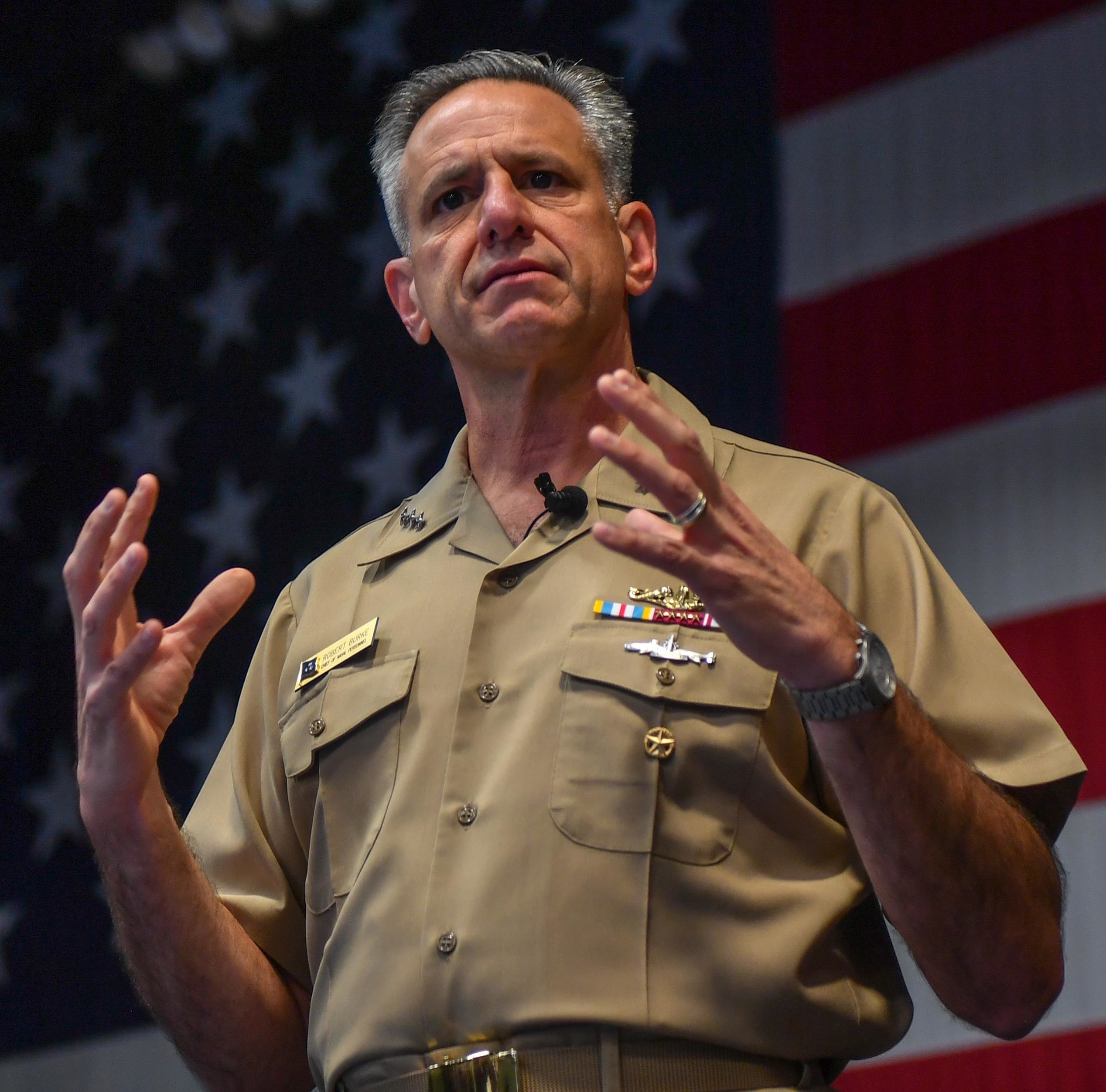 Next month, the Navy plans to launch a mobile app version of its My Navy Portal. The app will be updated monthly and will offer nearly the same type of online information as the desktop site, only without having to use a command access card (CAC), Burke said while speaking at the annual Naval Submarine League symposium. Active duty personnel, retirees, dependents and spouses will be able to access the app.

“It will be one-stop shopping for PCS,” Burke said. “It will take out all the frustration of having to go to Army websites to find out all the information you need for PCS.”

Through the My Navy Portal mobile app, users will also be able to accomplish many of the same tasks and access the same information available on the desktop version, such as links to pay, health benefits and personnel records.

Within a year, Burke said, the Navy would be rolling out another PCS app that will drastically cut down on the paperwork Navy personnel and their families need to access when arranging for moves. Most significantly, Burke said the app would also not require a CAC, allowing active duty personnel and spouses to take care of various move-related tasks anywhere. Currently, the PCS process is tied to using CACs, which means arranging moves at work.

Other features, Burke said, will include sending sailors alerts when their orders are issued and providing sailors with quick response (QR) codes to use during the check-in process at new commands.

“Anything that we can do that takes away from the normal frustrations of the administrative distractions and burdens that kind of unintentionally tell sailors and families we don’t care about them,” Burke said.

“We have to turn that around and make this go away because we recruit the sailor, but we retain the family. We have to send the signal that we value them.”

Changing how enlisted detailing works is vital to the Navy’s ability to retain sailors, Burke said. Currently, the system is very opaque. Officers have access to the full slate of job openings in their communities, but the process for enlisted sailors does not include such transparency. By providing enlisted sailors with lists of job openings during their rotation cycles, Burke hopes to encourage more discussions between sailors and detailers.

Using a hypothetical yet common scenario as an example, Burke said consider a sailor who wants to remain in a particular duty location for two tours, so kids can finish school or a spouse can continue in a job. What Burke wants is for sailors in these situations to be able to negotiate the terms of their request. For instance, in this scenario, Burke said a common answer from the Navy will be to approve the extended stay in one job if the sailor agrees to take a hard-to-fill billet later in his or her career. This way, Burke said, the sailor is happy, the sailor’s family is happy, and the Navy already has a person ready to take a hard-to-fill a job in the future.

In other situations, Burke said the Navy is now offering to advance enlisted sailors one pay grade for volunteering to take critical but hard-to-fill billets.

“I can afford to do that right now because we’re a growing Navy,” Burke said. “We’re adding 21,000 sailors over the next five years.”

These types of negotiations, though, can’t happen unless sailors know what’s available. Providing the information to sailors is accomplished with the apps, the revamped detailing process, and even a new call center staffed with more than 200 personnel offering round-the-clock support, Burke said. The My Navy Career Center (MNCC) Contact Center opened in September, according to a Navy statement.

“There’s a lot of negotiating now,” Burke said. “(Enlisted sailors) like that. They like the transparency, and they like the options that are coming out there.”