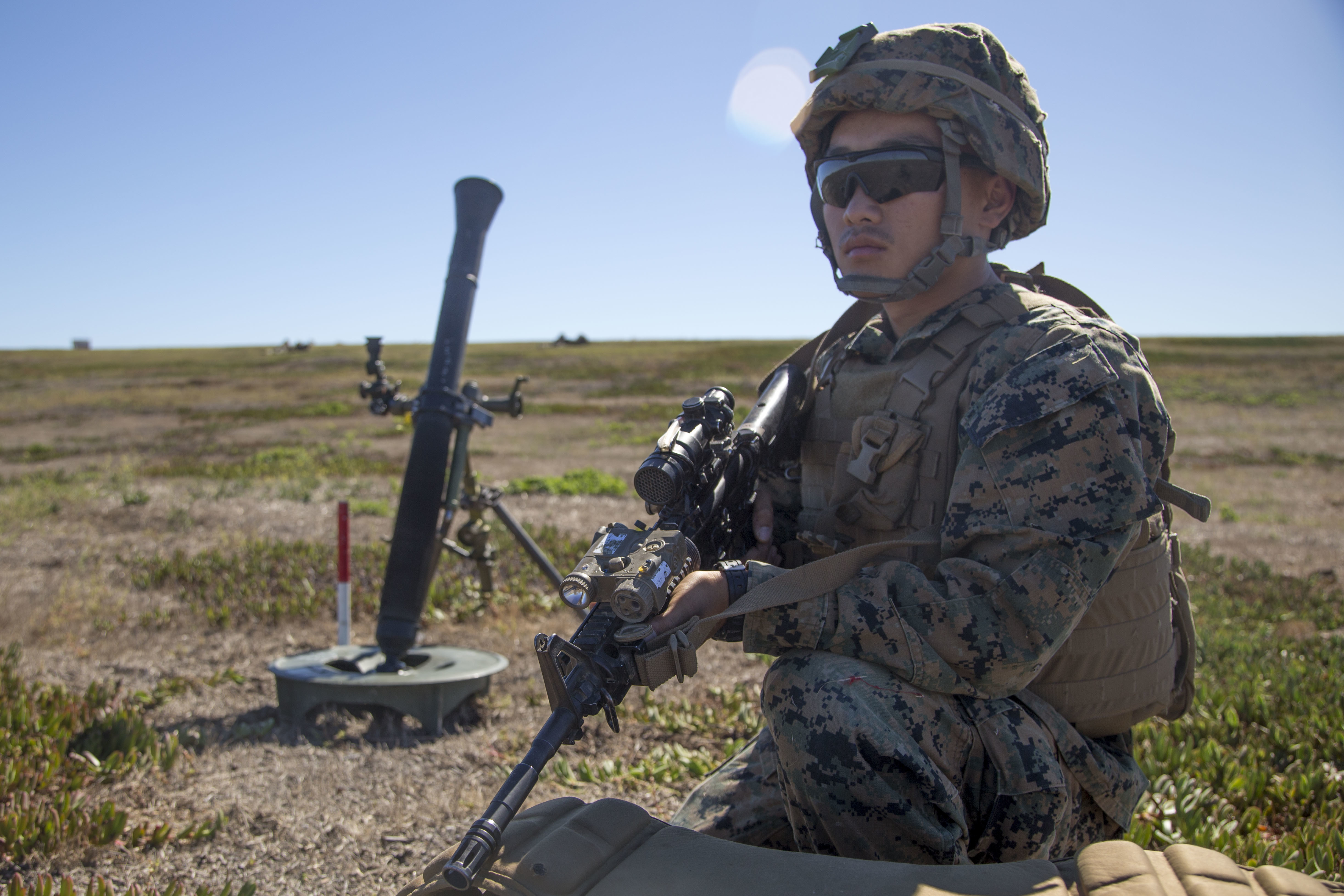 MARINE CORPS BASE QUANTICO, Va. – Striking the right balance between funding today’s force and funding new capabilities for the future has always been a challenge, but Marine Corps leaders have firmly come down on the side of favoring modernization to win in a future fight.

Speaking at the annual Modern Day Marine event, Lt. Gen. David Berger, the commanding general of the Marine Corps Combat Development Command and the deputy commandant for combat development and integration, noted the competition for funds is “not an either/or. … We’ve got to do both, because there are commanders, there are forces out there this afternoon that have to accomplish their mission.”

Still, he said, “I do not think we can postpone modernization anymore. We are going to need to take some risk” in today’s force to free up the Marine Corps “to put our thought, our resources into the future, and understand the risk that we’re going to assume today.”

Berger, who assumed command of MCCDC in late August after commanding Marine forces in the Pacific, comes into his new job with first-hand knowledge of how the Marines are thinking about implementing their new Pacific-focused concepts – Littoral Operations in a Contested Environment (LOCE), and the related Expeditionary Advance Base Operations (EABO) – that support the Marine Corps Operating Concept (MOC). With those concepts in mind, he told the crowd of military personnel and defense contractors, “we can’t do the incremental change – we have to find new ways to operate, not just new ways of using the gear we have.”

Asked by USNI News what modernization ideas he is focused on, Berger said, “the tank is built for a certain environment, and it excels in that environment – how would you employ armor or light armor in an archipelagic environment? When you’re hopping from island to island to island, what’s the role of a tank? What’s the role of armor? So in some cases it’s an incremental improvement of making the tank a better weapon system for the desert; in other cases, it’s a whole other way of thinking and operating.

“Gen. Nicholson has a great way of thinking about logistics in the Philippines: it used to be planes, trains and automobiles. Our logistics system since 1945 has been, pull from the industrial base in the continental United States, drag it across the Pacific, fight the war. And we did that because there were no other countries that had the industrial base that we did. There wasn’t any alternative. Now, logistics, in his mind, might look completely different. We don’t need to pull 100-percent from the continental United States; Japan and Australia, there’s a lot of countries there that move and can help us distribute in a war fight. We have to think in very different ways,” he continued.
“Do we need a surface connector that’s is grey-hulled that says USN on the side? Yes, we do. Could we rent a banca boat? Yes, we can. There’s got to be thousands of little boats in the Philippines; why would we not think about contracting them, borrowing them, using them to move fuel, food, ammunition? We have to think in very very different ways than we have in the past.”

A recent example of the focus on new equipment for the next fight rather than incrementally improving the legacy systems is the Marines’ decision, which was first reported this week, to abandon the survivability upgrade initiative on its 1970s-era Amphibious Assault Vehicles – meant from the start to be a bandaid for its dated ship-to-shore connectors – and instead go all in on the Amphibious Combat Vehicle as the AAV replacement. Rather than try to make the legacy gear better, leadership decided to throw its support behind the next-generation replacement instead. 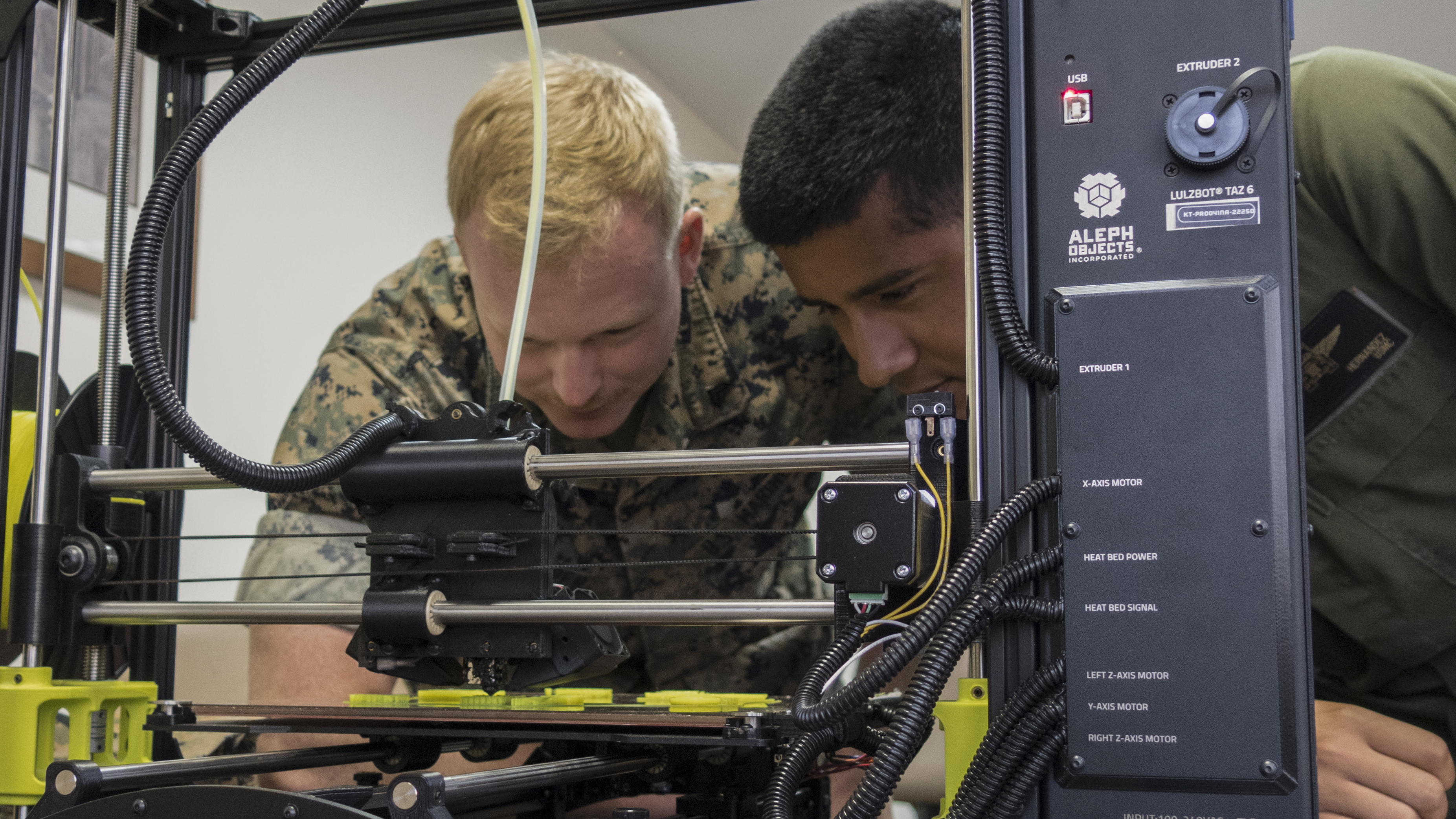 In a later panel, Brig. Gen. James Adams, director of the Capabilities Development Directorate under Berger’s command, said the Marine Corps has been very innovative recently, by bringing in new ideas and new companies into the industrial base – especially through events like the Advanced Naval Technology Exercises that feature dozens of prototypes each that could potentially change the way the Marine Corps completes a certain mission.

“It’s very important that we realize that we have to force ourselves to avoid the idea that the goal of military modernization is merely to buy and replace military platforms, weaponry and gear. That’s important … But the focus we have must remain centered on the military outcomes that those systems are going to achieve. Those outcomes like air superiority, sea control, sea denial – those types of outcomes are what these material solutions contribute towards when combined with a properly trained and equipped force,” Adams said, and noted that those outcomes are all laid out in the MOC and other Marine concepts that are shaping ongoing experiments and wargames.