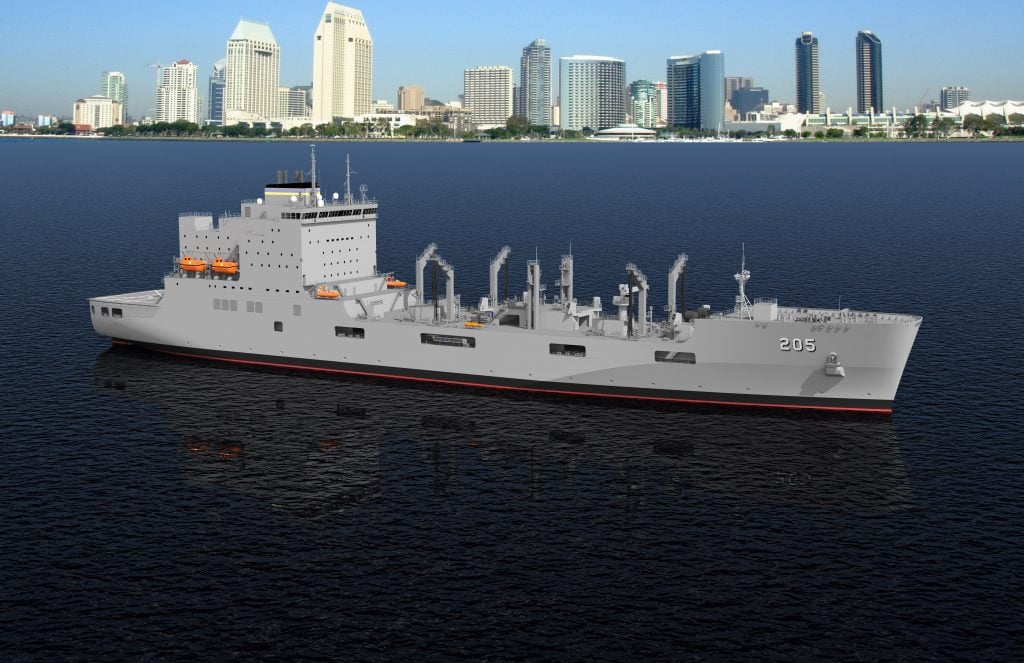 The Navy and General Dynamics-National Steel and Shipbuilding Company (NASSCO) held a ceremony at the San Diego shipyard celebrating the start of construction of John Lewis. The ship is named for long-time Congressman Rep. John Lewis (D-Ga.) and pillar of the Civil Rights movement, once completed the oiler will provide the underway replenishment of fuel to U.S. Navy ships at sea.

“Today marks a great accomplishment by the Navy and NASSCO team on this important program,” James Geurts, Assistant Secretary of the Navy for Research, Development and Acquisition, said in a statement. “Their tremendous collaboration on this new double-hulled design is a great example setting a positive trajectory leading into production.”

The new class of oiler is designed to carry 156,000 barrels of oil, along with dry cargo and aviation capacity. They will have a top speed of 20 knots, according to NASSCO.

Before being awarded the oiler contract, NASSCO was locked in a complex contract contest with Huntington Ingalls Industry to build either the next generation dock landing ship or the new oiler. The competition’s winner – HII – was awarded the dock landing ship contract. Runner-up NASSCO was awarded a six-ship block-buy contract in 2015 to build oilers.

“As the first ship of its class, the future USNS John Lewis will play a vital role in the mission of the Navy and Marine Corps, just like its namesake John Lewis’ vital role as a national leader in the movement for civil rights and human dignity,” Mike Kosar, program manager for Support Ships, Boats and Craft with the Program Executive Office Ships (PEO Ships), said in a statement.