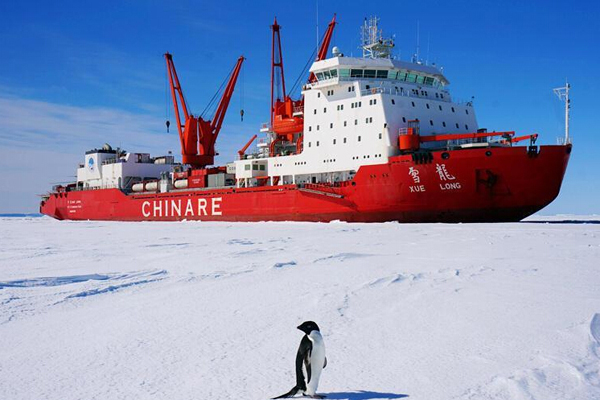 China’s drive for influence in the Western Hemisphere has zeroed in on economic gain, making the current great powers competition significantly different from the Soviet Union’s attempt to assert military power in the Americas the during the Cold War, a panel assessing the American-Chinese relationship after 40 years of diplomatic recognition agreed.

Stapleton Roy, a former ambassador and now with the Kissinger Institute at the Wilson Center in Washington, D.C., said on Thursday “it’s a very different type of rivalry” between China and the United States in the Western Hemisphere. The Chinese, for now, “are deeply interested in getting access to resources.” That access to resources started with winning mining rights in South America but has since extended into the region’s waters through its expanded overseas fishing fleets, as well as buying into food production companies in areas from soybeans to pork.

Laura Dawson, of the Wilson Center’s Canada Institute, added, “China has proven [to countries in the Western Hemisphere] the way things are or were are not always the way things have to be” in looking at ways to get ahead. In short, Beijing is “turning over the perceived wisdom of ‘the rules-based order,'” developed by the United States to establish global stability in the wake of World War II, as the only way to grow economically or behave on the international stage.

Surprisingly to some, given how pushy China can appear to be, Benjamin Creutzfeldt, a fellow at the Wilson Center, said Beijing does not try to promote itself as a model for development. Instead, the Chinese say the development path it follows is unique to its culture.

Nonetheless, “Washington tends to be worried about it.”

Nowhere is that worry more pronounced in Washington than when a Latin American country drops its diplomatic recognition of Taiwan in favor of Beijing, as most recently announced by El Salvador. At the Wilson Center event, Creutzfeldt termed it “an allergic reaction.”

When Panama received the same treatment from Washington earlier, its diplomats responded that “the U.S. ought to respect our sovereignty” and then went on to engage with the Chinese in talks over development projects. While Panama and China signed a number of memoranda of understanding, the moves were “obviously symbolic” and proved to have little immediate economic or diplomatic impact.

Although the United States recognized Beijing as the government of China 40 years ago and shuttered its embassy in Taipei, “the Trump administration fears a domino effect” of other countries freezing Taiwan out of international organizations when they deny it diplomatic recognition.

Roy explained the anxiety over China’s actions in the Western Hemisphere – despite the U.S. being heavily entangled economically and militarily in the Pacific – saying, “big powers have been involved in Asia for centuries,” but because of distances, that has not been true in the Western Hemisphere until recently. The exception was the Soviets placing missiles and military forces in Cuba in the early 1960, and “the [U.S.] reaction was very strong,” Roy said.

Stlill, despite China’s intentions and its currently active presence, China is “a later-comer” to the Americas and there remains “a very real closeness” among Western Hemisphere nations that cuts across political divides.

Creutzfeldt said, “even Chavinistas [followers of the late Hugo Chavez of Venezuela] send their kids to Florida” for vacations, “to the U.S. to study, no matter how many Confucian Institutes you [the Chinese] establish.”

Even if breaking into the Americas has had its cultural challenges for China, Creutzfeldt added that working in the Americas has taught the Chinese how to use its One Belt/One Road initiative in new ways and to its advantage. Instead of having a number of Chinese firms competing against each other to win huge infrastructure project contracts, they learned to combine as a single bidder through the One Belt/One Road initiative and its development bank, thus standing a better chance of winning the bid.

At the same time as it mines South American lead, builds a cruise ship port on a Panamanian island and fishes Pacific waters off the Galapagos Islands, China is paying a great deal more attention to Canada’s northern edges in the recent years as places for investment. Jennifer Turner, of the China Energy and Environment Forum at the Wilson Center, said, Beijing’s “Polar Silk Road” policy is designed to build up the facilities necessary through the Northern Polar Route and the Northwest Passage “to go through the unfrozen Arctic” to expand trade and cut its transportation costs. Those building projects reduce risk in transiting waters that remain largely uncharted and subject to severe weather and sea conditions.

But of secondary importance to China is to partner with Russia in developing oil and natural gas fields in the Arctic to reduce its reliance on energy supplies from the Middle East. Today, China’s petroleum and natural gas imports have to pass through troubled waters, such as the Straits of Hormuz or the Malaccan Straits in tankers subject to Iranian choking off a sea route, terrorist missile strikes principally from Yemen’s shores or pirate takeovers.

Turner complimented China for its increased scientific activity in the Arctic that began in it is own self-interest but has since branched out into broader polar research. Because so much of China’s economic and industrial power lies along its coasts, “they are very concerned about the melting ice” and rising sea levels flooding those cities and are conducting research to better understand these changes.