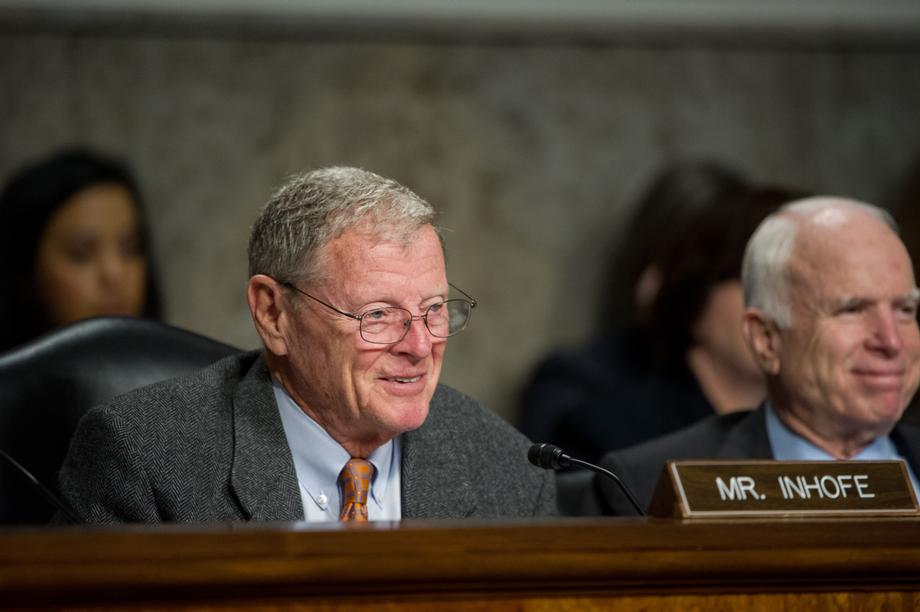 Sen. Jim Inhofe (R-Okla.) has formally been named the new chairman of the Senate Armed Services Committee, and Inhofe’s former job as chairman of the readiness subcommittee will be filled by Sen. Dan Sullivan (R-Alaska).

Inhofe had been acting as the SASC chairman while Sen. John McCain was at his home in Arizona for treatment for an aggressive brain tumor. After McCain died on Aug. 25, the Senate Republican Conference voted on Sept. 5 to name Inhofe as the next committee chairman.

Rep. Mac Thornberry (R-Texas), chairman of the House Armed Services Committee, said in a Sept. 6 statement that “I have confidence that Sen. Inhofe’s chairmanship will continue the bipartisan/bicameral relationship that we have maintained in recent years between our two committees. He takes on an important job at a time when the threats to our country have rarely been so great, and I look forward to working with him on behalf of the men and women in uniform.”

Sullivan has been assigned to SASC since he was sworn into the Senate in January 2015, sitting on the airland, seapower and strategic forces subcommittees. This will be his first leadership position in SASC, and he will give up his seat on the seapower subcommittee to take the helm on the readiness subcommittee.

Additionally, SASC announced today that Sen. Jon Kyl (R-Ariz.) – a former U.S. senator who was named by Arizona Gov. Doug Ducey to serve as McCain’s replacement in the Senate until a special election in 2020 – would be assigned to the SASC. Kyl will serve on the airland, seapower and strategic forces subcommittees.