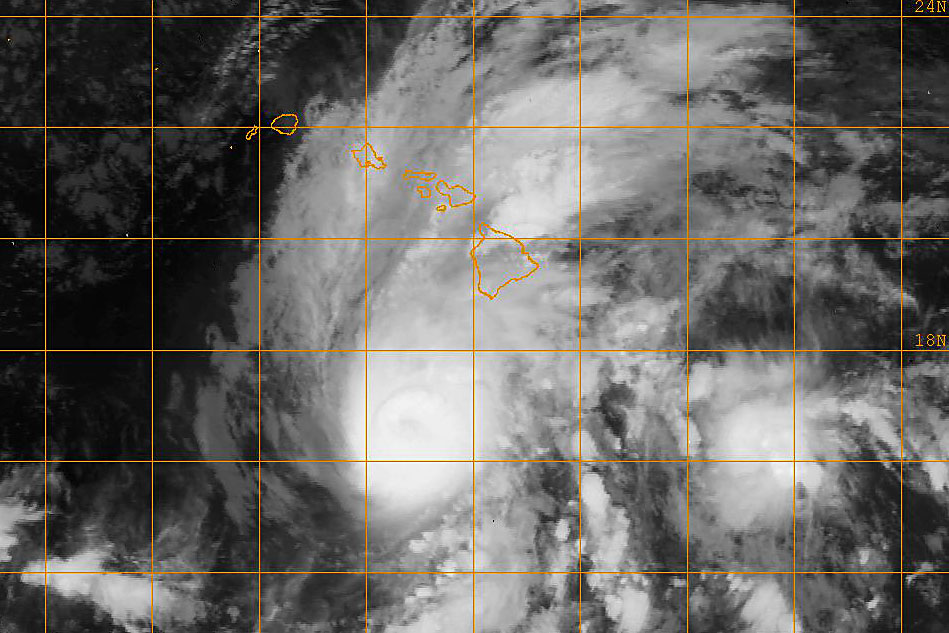 As Hurricane Lane approaches Hawaii, in a rare occurrence to have such a strong hurricane pass so close to the islands, many U.S. Navy ships and submarines sortied to safely ride out the storm.

Hurricane Lane has teetered between being a Category 4 and a Category 5 hurricane since Aug. 20. On Aug. 21 when it strengthened to a category 5 storm, it became just the second such hurricane to pass within 350 miles of Hawaii since the state began keeping records, and the first since Hurricane John hit Hawaii in 1994. The storm has since returned to category 4 wind speeds.

The National Weather Service in Honolulu warned that the storm was moving slowly, increasing the chance for major damage to the islands as the strong winds and heavy rain linger.

Rear Adm. Brian Fort, commander of Naval Surface Group Middle Pacific, on Wednesday ordered all ships and submarines in Pearl Harbor that are not undergoing maintenance to get out of the path of the storm, allowing them to both avoid damage during the hurricane and then to be staged to support a disaster relief response afterwards if needed. Hawaii-based aircraft will be secured in hangars or flown to other airfields to avoid the high winds, heavy rain and potential floods and tornadoes from the hurricane.

“Based on the current track of the storm, we made the decision to begin to sortie the Pearl Harbor-based ships,” Fort said in an Aug. 22 statement. “This allows the ships enough time to transit safely out of the path of the storm.”

Key messages provided by the National Hurricane Center. Hurricane Lane update as it will pass dangerously close to the main Hawaiian Islands. pic.twitter.com/xrlKj5kKR6

According to the statement, “the Navy orders a sortie during potentially extreme weather conditions to reduce the risk of significant damage to ships and piers during high winds and seas. Some ships will not get underway, due to various maintenance availabilities, and are taking extra precautions to avoid potential damage. Commanding officers have a number of options when staying in port, depending on the severity of the weather. Some of these options include adding additional mooring and storm lines, dropping the anchor, and disconnecting shore power cables.”

On the island of Oahu alone, the U.S. Navy has 25 ships homeported at Joint Base Pearl Harbor-Hickam, according to the Naval Vessel Register: 15 attack submarines, nine destroyers and a cruiser. The Navy also has P-8A Poseidon aircraft on the island; the Marine Corps has a major presence at Marine Corps Base Hawaii, headquartered at Kaneohe Bay; U.S. Pacific Fleet and U.S. Indo-Pacific Command are headquartered on the island; and the Pearl Harbor Naval Shipyard and Intermediate Maintenance Facility is one of just four public shipyards in the entire Navy to work on nuclear-powered submarines and aircraft carriers. The military also has other test facilities, training areas and more throughout the state. 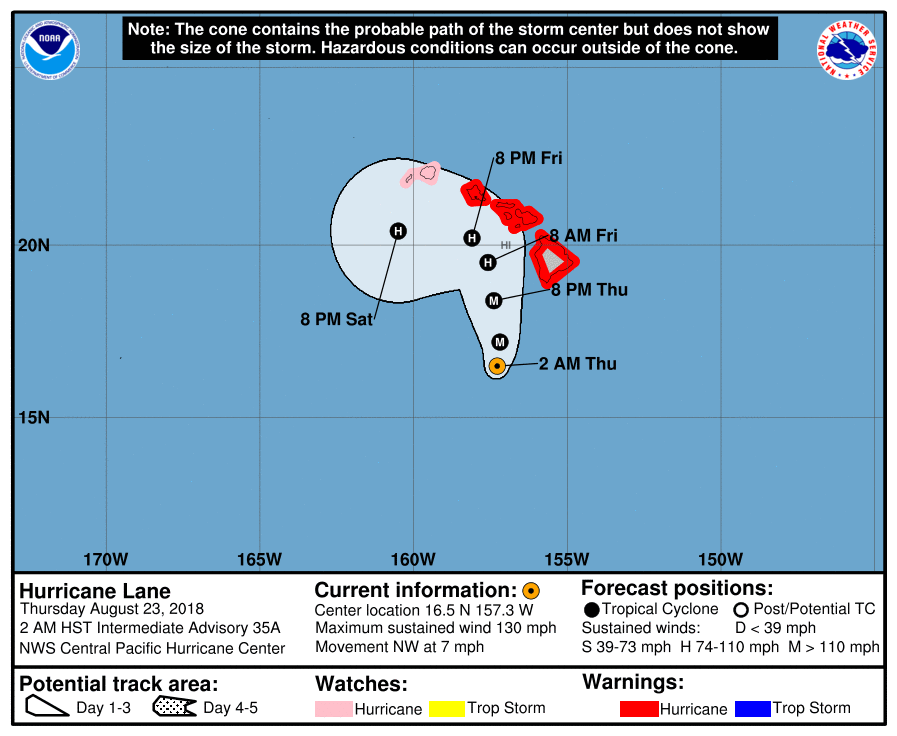 The National Weather Service in Honolulu tweeted on Thursday morning that parts of the Big Island of Hawaii had seen a foot of rain in the past 12 hours and that flash flood warnings would remain in effect.

In Oahu, where the bulk of the military presence is, it is still unclear whether the storm would make landfall or pass very close to the island. The storm’s current track shows it heading north towards Oahu before turning west.

Hawaii Gov. David Ige signed an emergency proclamation on Wednesday to declare that the counties of Hawai‘i, Maui, Kalawao, Kaua‘i and the City and County of Honolulu “are in danger of experiencing high winds, heavy rains, high surf, storm surges and flooding that threaten to harm communities and cause extensive damage to public and private property across the state,” according to a statement from the governor’s office.

“This emergency proclamation allows us to line up services and necessary resources prior to the event so that we can keep our communities safe and running as efficiently as possible,” Ige said in the statement.
“Hurricane Lane is not a well- behaved hurricane. I’ve not seen such dramatic changes in the forecast track as I’ve seen with this storm. I urge our residents and visitors to take this threat seriously and prepare for a significant impact.”