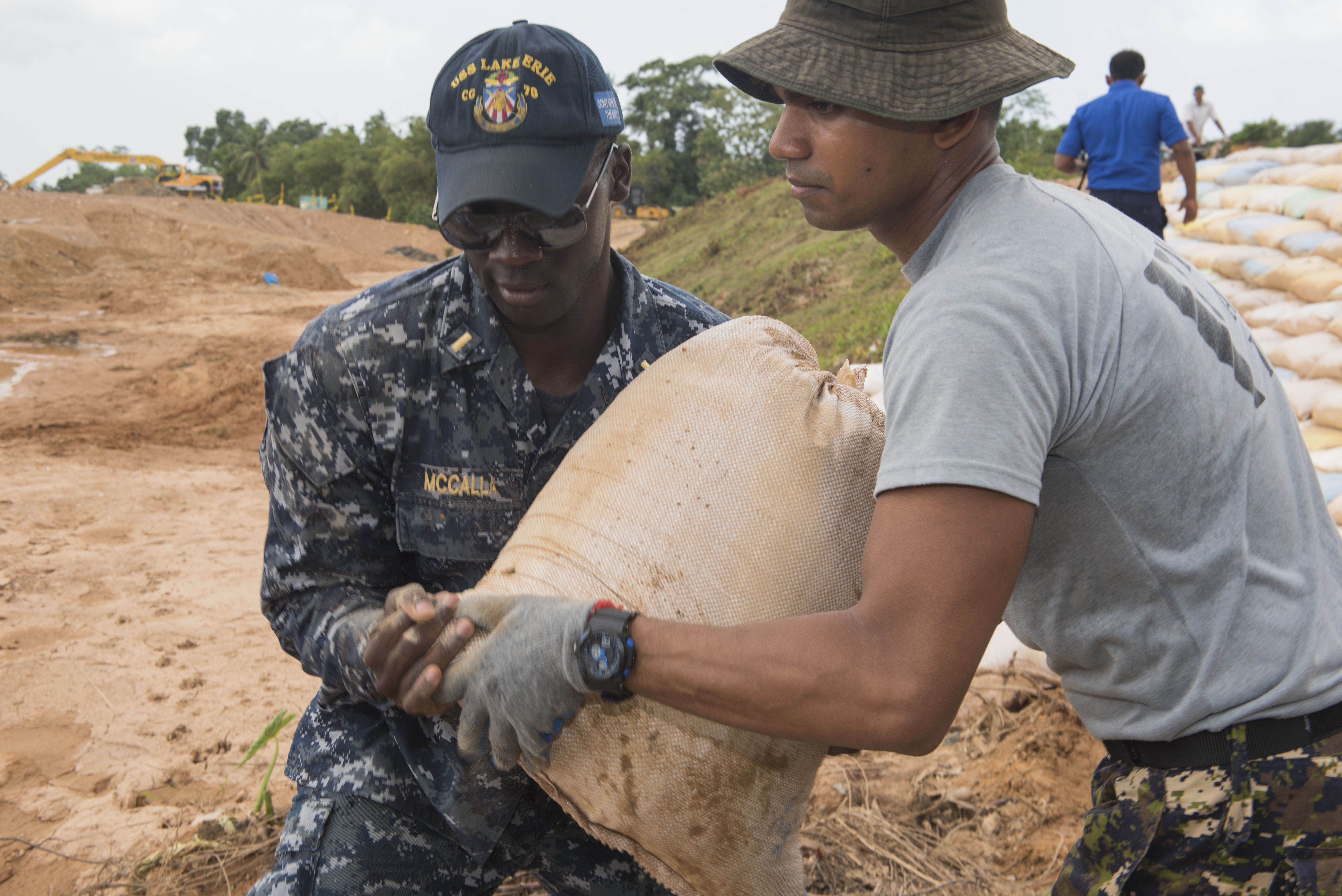 Ensign Asante McCalla from the Ticonderoga-class guided-missile cruiser USS Lake Erie (CG 70) works with Sri Lankan Marines to repair levees in Matara, Sri Lanka, June 12, 2017, during humanitarian assistance operations in the wake of severe flooding and landslides that devastated many regions of the country. US Navy photo.

The Navy called off the search for a sailor who went missing from cruiser USS Lake Erie (CG-70) earlier this week.

The ship initiated man-overboard procedures around 7 a.m. on Aug. 19 after a sailor failed to report for duty and could not be located on the ship.

Seven U.S. Navy ships, along with aircraft from the Navy, U.S. Coast Guard and U.S. Customs and Border Patrol, contributed to the search of more than 16,550 square nautical miles of open water, according to a Navy statement. The aircraft flew more than 140 sorties, with Lake Erie serving as the on-scene commander and U.S. Coast Guard District 11 serving as mission commander.

“My thoughts and prayers are with the Sailor’s family during this difficult time,” Capt. Christine O’Connell, commanding officer of Lake Erie, said in a Navy statement. “Losing a shipmate is devastating and felt by our entire crew. We will continue to support the family in any way we can.”

Lake Erie was operating with the John C. Stennis Carrier Strike Group in Southern California when McCalla went missing. The incident remains under investigation, according to the Navy statement.