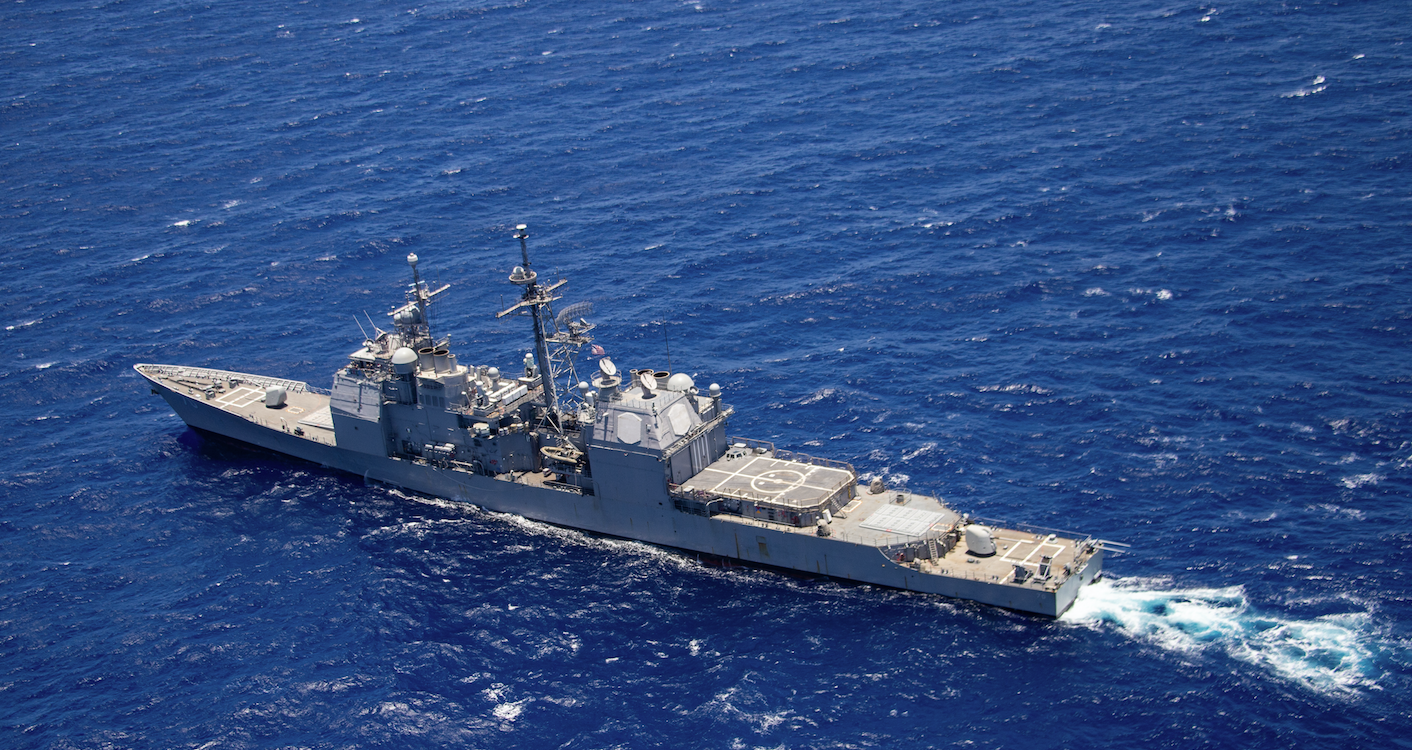 USS Lake Erie (CG 70) participates in a group sail during the Rim of the Pacific (RIMPAC) exercise off the coast of Hawaii, July 26. US Navy Photo

This post has been updated to include additional information. It has also been corrected to note that USS Lake Erie is supporting the John C. Stennis Carrier Strike Group training but is not part of the CSG.

A sailor assigned to cruiser USS Lake Erie (CG-70) has been declared missing after failing to report for duty.

Lake Erie is operating in Southern California with the John C. Stennis Carrier Group Strike Group for training. The cruiser recently returned to Southern California after participating in the Rim of the Pacific (RIMPAC) 2018 exercise in Hawaii, and is now supporting the Stennis CSG training.

At about 7 a.m. Sunday morning, the sailor failed to report for duty. The ship conducted man-overboard procedures but was unable to locate the sailor. The crew also completed multiple extensive searches of the inside of the ship.

The search is ongoing, with ships and helicopters from the strike group and from the U.S. Coast Guard District 11 conducting search and rescue operations.

The sailor’s family has been notified, but the Navy did not disclose any information that could identify the sailor.

This sailor’s disappearance comes on the heels of another similar situation. Marine Corps Cpl. Jonathan Currier was reported missing on Aug. 9 while the ship he was deployed on, USS Essex (LHD-2), was operating in the Sulu Sea. He was declared deceased on Aug. 17, after an extensive search of the Sulu Sea, Mindanao Strait and the Surigao Strait, USNI News reported. Currier was a New Hampshire native and a Marine Corps CH-53E Super Stallion crew chief who enlisted in the Marine Corps in August 2015. He was serving in the 13th Marine Expeditionary Unit (MEU), deployed with the Essex Amphibious Ready Group to the Pacific.

The following is the full statement from U.S. 3rd Fleet:

Attempts to locate the Sailor aboard the ship were unsuccessful. The crew of Lake Erie has completed multiple extensive searches of the ship.

Ships and helicopters assigned to the JCS CSG and U.S. Coast Guard District 11 are currently conducting search and rescue operations.

The Sailor’s next of kin have been notified.