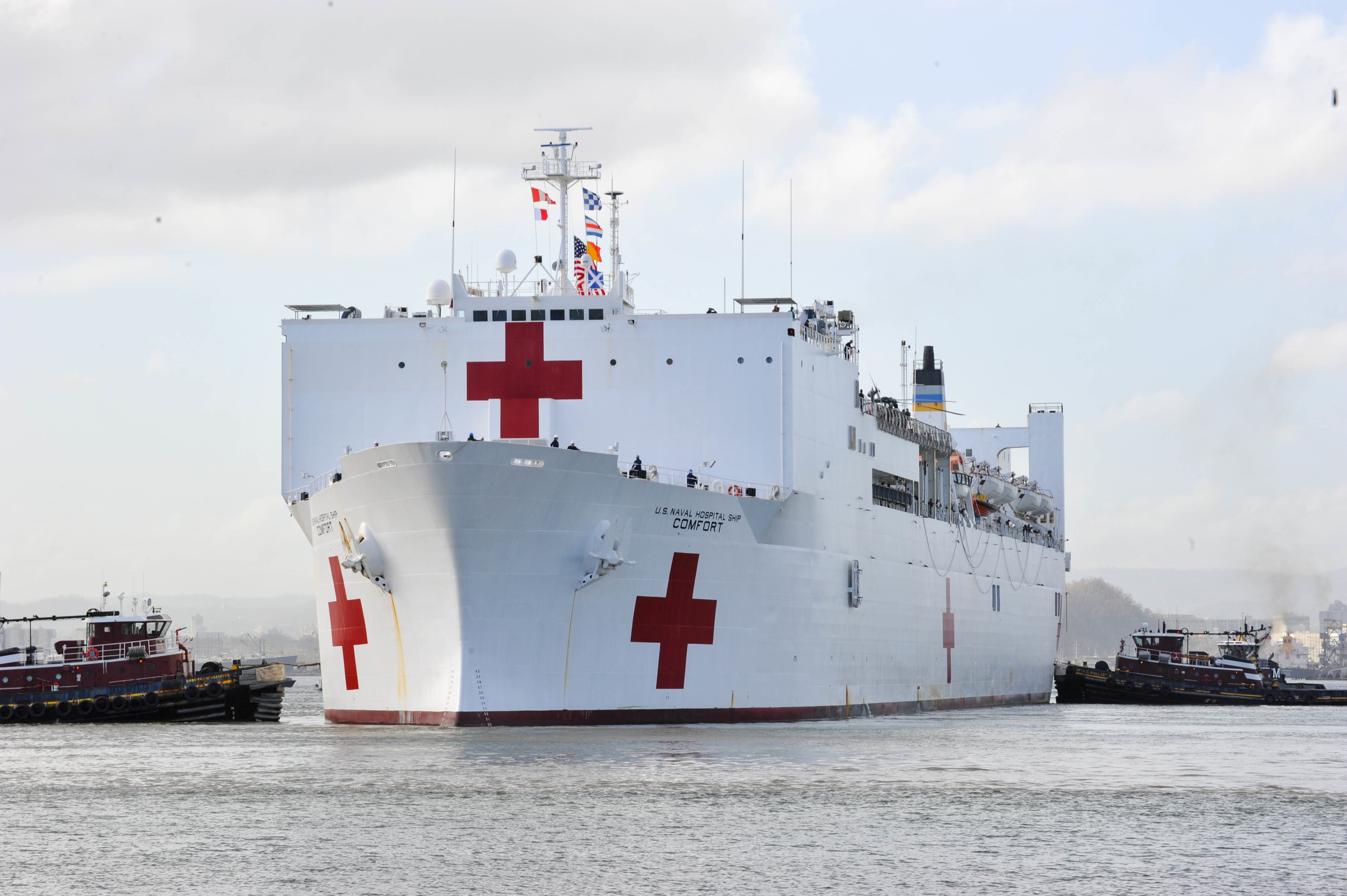 THE PENTAGON — The Navy’s hospital ship USNS Comfort (T-AH-20) is being deployed to Colombia this fall to provide medical care to a growing regional humanitarian crisis, as Venezuelans steadily pour over the border to escape a deteriorating health and political climate.

While visiting Colombia late last week, U.S. Secretary of Defense James Mattis announced he was sending Comfort at the request of Colombia’s government. The hospital ship will assist the Colombian medical services network in providing medical care to what has been reported as an influx of more than 1 million Venezuelans into neighboring Colombia.

“The plan is for that hospital ship, USNS Comfort, to deploy this fall,” Col. Robert Manning, a Pentagon spokesman, said during a Monday media briefing. “The details are being worked out as far as a detailed timeline.”

A departure date has not been set, and medical staffing needs aboard the ship are still being determined, Manning said.

Colombian President Ivan Duque offered specific suggestions on what he hoped a Comfort mission would accomplish, Mattis told reporters while returning from Colombia, according to a transcript of the media availability released by the Pentagon. Colombia was the the final stop of Mattis’ week-long, four-country South American tour visiting military and civilian leaders.

“It is an absolutely a humanitarian mission. We’re not sending soldiers; we’re sending doctors. And it’s an effort to deal with the human cost of Maduro, and his increasingly isolated regime,” Mattis said, referring to Venezuelan President Nicolas Maduro, according to the transcript.

Details of a Comfort mission are still being worked out, but one thing Mattis made clear, according to the transcript, is Comfort will not enter Venezuelan waters. Still, Comfort could operate from the southwestern Caribbean Sea, off the northern coast of Colombia, to support the country’s medical system.

As for what Comfort can do, its deployment a year ago to provide humanitarian assistance to Puerto Rico in the aftermath of Hurricane Maria provides examples of the ship’s capabilities.

When Comfort arrived in Puerto Rico, the 250-bed hospital ship arrived with about 750 Navy medical staff onboard, according to the Navy. Pediatricians, surgeons, nurse practitioners, surgical technicians and various support personnel provided care that was otherwise not available after the hurricane devastated the island’s health care system.

After nearly two months in Puerto Rico, Comfort returned to homeport in Norfolk. The ship’s crew treated more than 1,899 patients and performed 191 surgeries. Major procedures performed included hernia repair, gallbladder removal, appendix removal and an emergent open repair of a ruptured aortic aneurysm – which comprised the largest, most complex surgery ever performed on a hospital ship, according to the Navy. Also during its stay in Puerto Rico, two babies – a girl and a boy – were delivered onboard Comfort.

In Colombia, the medical system is functioning but is completely overwhelmed with the volume of new patients, Mattis told reporters. The refugees entering Colombia are arriving with very little.

“We know that the Colombia health care system, you can’t add a million people in the one part of the country, even as they start to filter through, and not upset the apple cart; it’s impossible,” Mattis said, according to the Pentagon transcript.