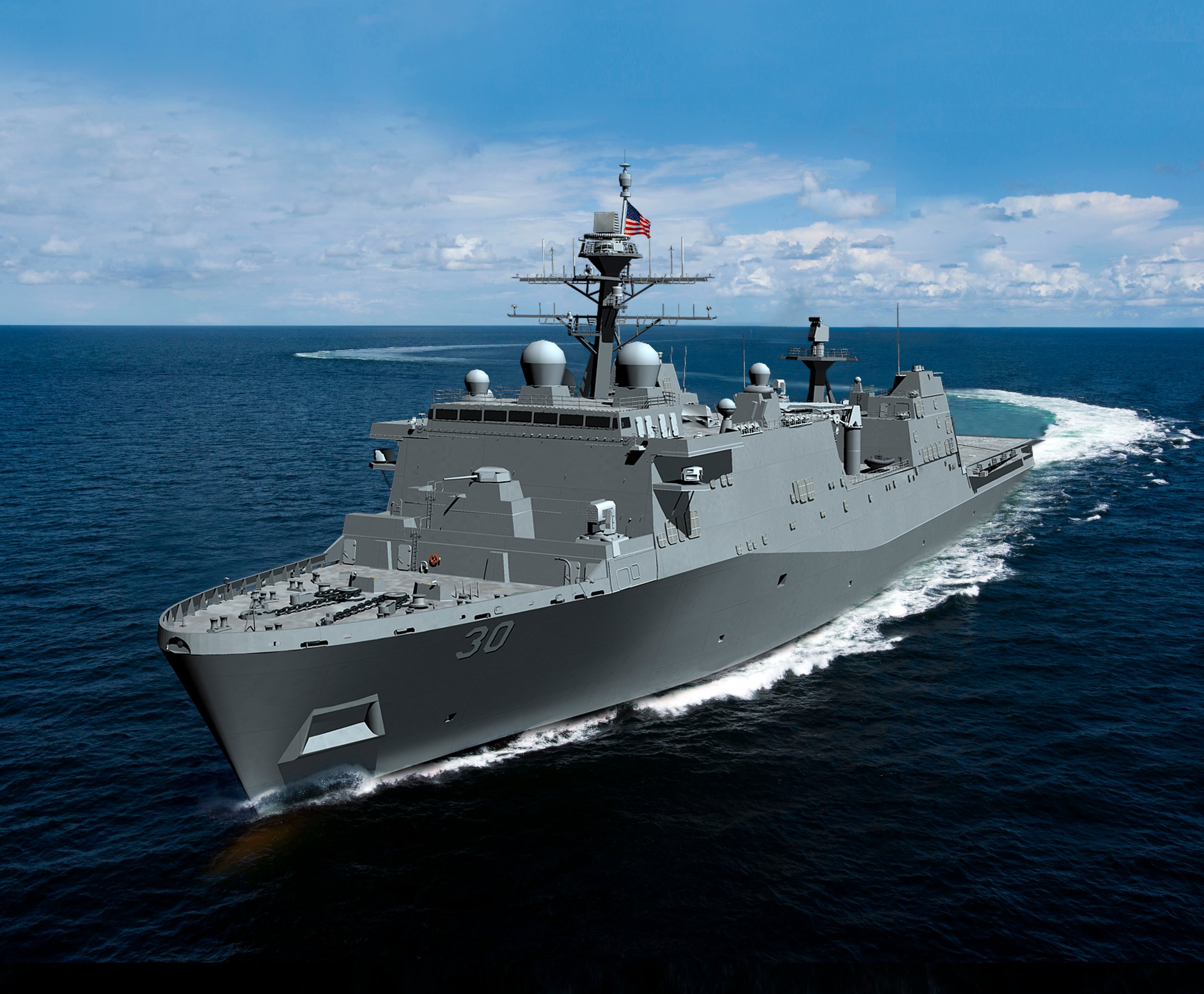 MARINE CORPS BASE QUANTICO, Va. – The Navy should accelerate the production of its two newest class of amphibious ships to avoid creating a cold construction line and to get the ships it needs cheaper, an industry official from Huntington Ingalls Industry told the Marine Corps and Navy last week.

Jon Padfield of HII joined officials from three other shipbuilders in promising that the U.S. shipbuilding industrial base is capable of making the major increase in construction that would be necessary for the Navy to reach its goal of a 355-ship
fleet.

Speaking at the closing day of the Seabasing Operational Advisory Group’s 2018 session at this Marine Corps base, Padfield said the “amphibious ship availability doesn’t seem to be getting any better and may be getting worse,” despite the Navy’s renewed commitment to meeting the long-standing requirement for 38 amphibs.

That goal could get even harder to achieve, Padfield said, unless the Navy accelerates the planned construction starts on LHA-9, the fourth in the America class amphibious assault ships, and the second and third of the LPD-17 Flight II replacements for the aged Dock Landing Ships (LSD). 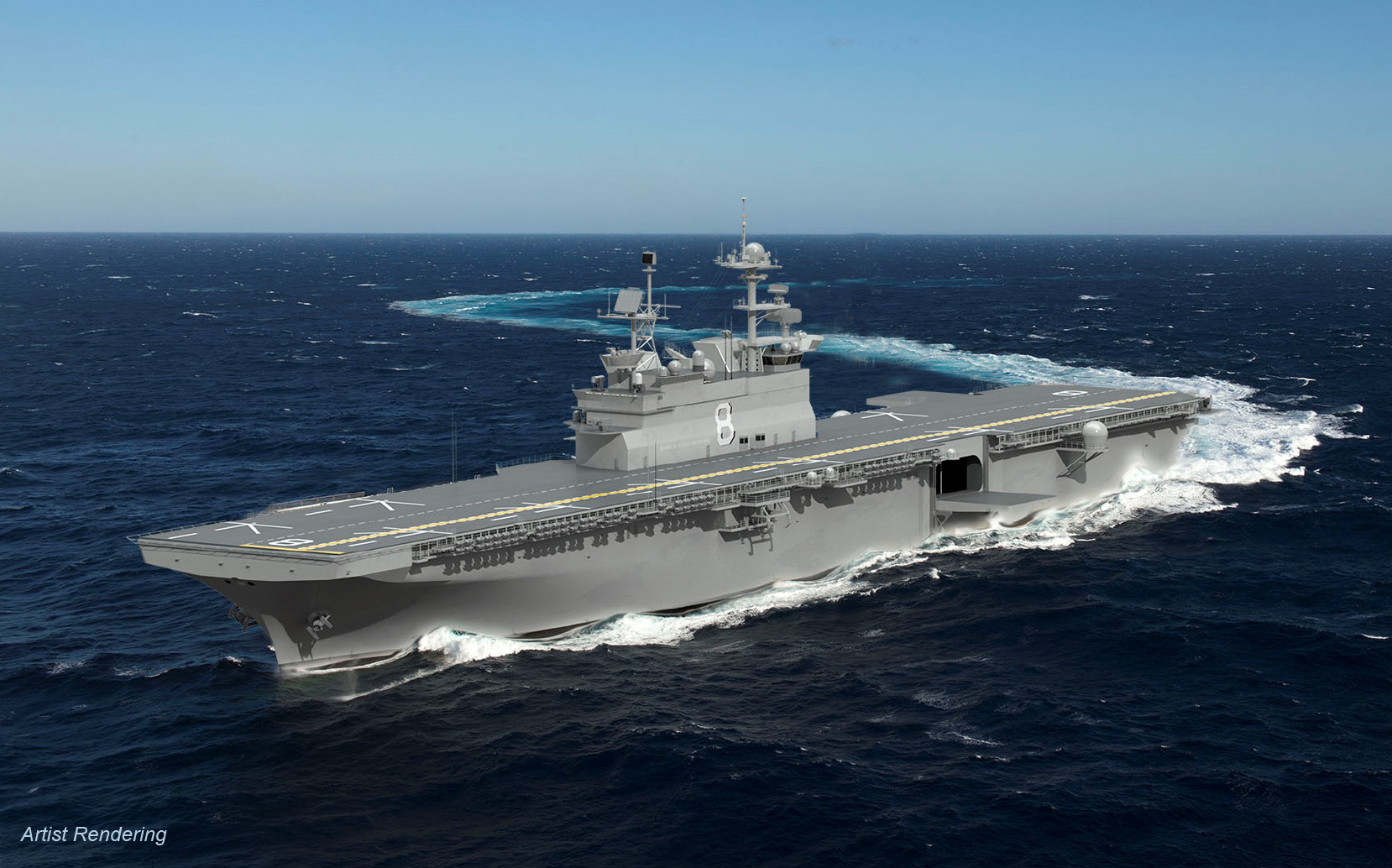 The first America-class LHA is operational and the next two are being built or set to start construction next year. But there is a multi-year gap between the construction of Bougainville (LHA-8) and the planned start for LHA-9, which would force HII to close the line, he said. In order to avoid the expense of a dormant production line, “we need to accelerate LHA-9.“

The Navy also could save money by moving up production of LPD-31 and 32, the second and third of the Flight II ships, formerly called LX(R). HII recently received funding for LPD-30, which, Padfield said, will not have the capacity of the original San Antonio class LPDs, “but will be better than the LSDs.”

A quicker rate of production saves money by improving the shipbuilder’s efficiency, he said.

Wetherald said the CHAMP concept made sense for the large MPS ships, but suggested the expeditionary transport dock and expeditionary sea base ships that GD’s NASSCO yard builds would be better fits for other types. He joined Ryder in proposing variations of Austal’s expeditionary fast transports as more reasonable forms for other MSC ships.

They also proposed the LPD class as a better platform for some of those auxiliary ships than the CHAMP idea, to which Padfield nodded agreement.

Those three were joined in the assurance of the shipbuilding industrial base’s readiness to increase production by Jeff LeLeux representing Swiftships, which builds a variety of patrol craft and has the contract for the Landing Craft Utility 1700, formerly called the ship-to-shore connector program.

Later in the day, two MSC officials highlighted the problems the command has with its outdated fleet, most of which are steam-powered, which are difficult to maintain and take larger crews to operate. But they indicated they had not been involved in creating the CHAMP concept.

They said MSC has yet to receive a formal request from the Navy to study a plan to extend the service life of some of its ships to 60 years, which would be twice their expected life when built.