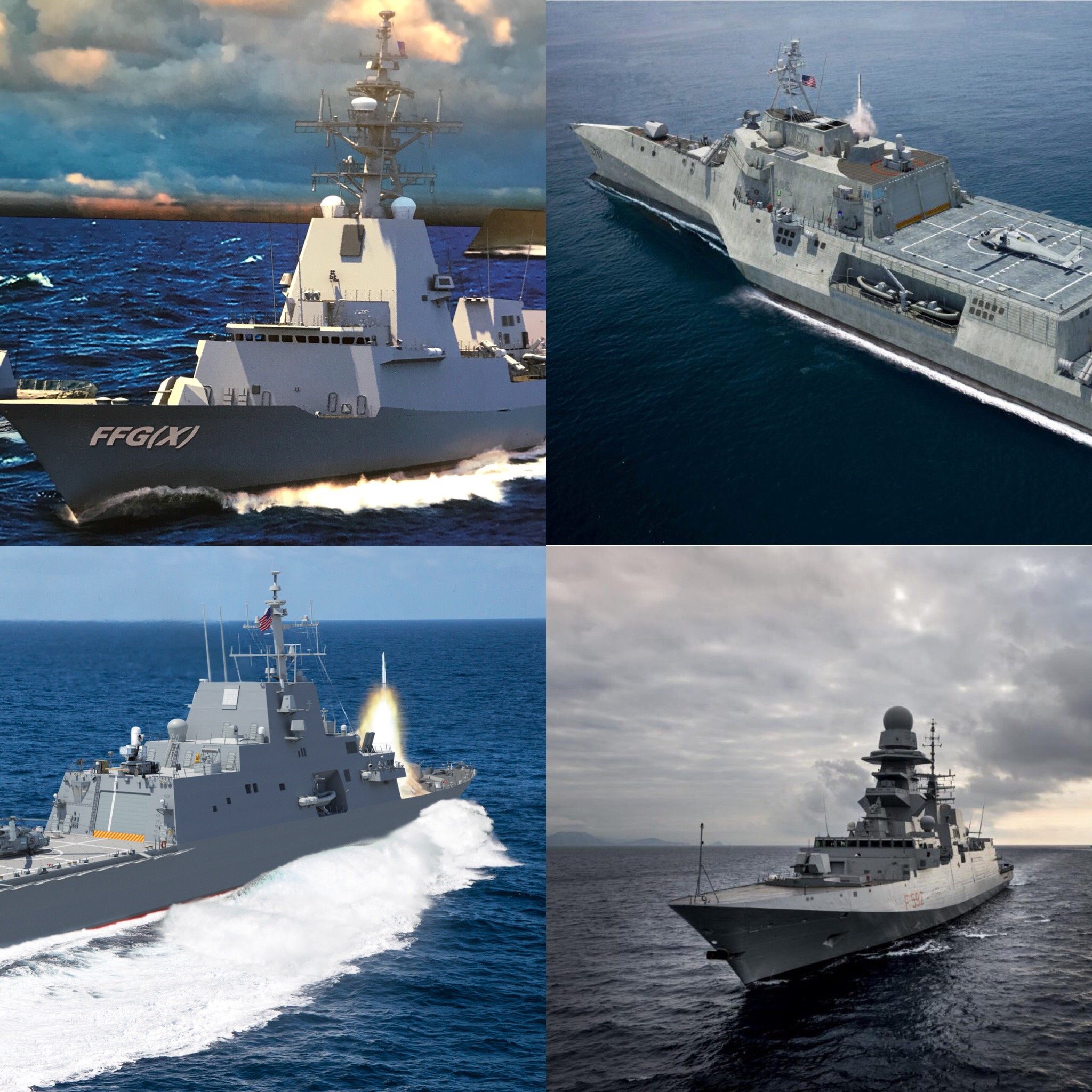 The Navy has exercised options adding several million dollars to the future guided-missile frigate (FFG(X)) conceptual design work being performed by five shipbuilders in contention for the final hull design.

The Navy expects bids from the following shipbuilders – Austal USA, Huntington Ingalls Industries, General Dynamics Bath Iron Works, Lockheed Martin and Fincantieri Marinette Marine. A final request for proposal is expected in 2019, with the Navy planning to award a single source design and construction contract in 2020, according to the Navy. Ultimately, the Navy plans to build a fleet of 20 frigates

Each company was awarded initial contracts of $15 million in February to start design work. The latest contract modification, announced Monday, sends between $6.4 million and $8 million in additional funding to each company to be used fleshing out their designs.

“Each company is maturing their proposed ship design to meet the FFG(X) System Specification. The Conceptual Design effort will inform the final specifications that will be used for the Detail Design and Construction Request for Proposal that will deliver the required capability for FFG(X),” Alan Baribeau, a Naval Sea Systems Command spokesman, said in an email to USNI News.

Each design for the future frigate competition is based on existing designs the shipbuilders are already producing. The Navy expects to spend between $800 million and $950 million on each hull, which will follow the Littoral Combat Ship.

In terms of combat and communications systems, the Navy plans to use what is already deployed on LCS platforms. USNI News understands the new frigates will use the COMBATSS-21 Combat Management System, which uses software from the same common source library as the Aegis Combat System on large surface combatants. Missile systems for the frigate include the canister-launched over-the-horizon missile; the surface-to-surface Longbow Hellfire missile; the Mk53 Nulka decoy launching system and the Surface Electron Warfare Improvement Program (SEWIP) Block 2 program with SLQ-32(V)6. The ships would also require an unspecified number of vertical launch cells. The frigate design also is expected to include the SeaRAM anti-ship missile defense system and several undersea warfare tools.

The complete list of companies awarded contract options on their respective contracts include: