Developed in the early 1980s, the Avenger-class was designed to clear shipping lanes of mines. This threat to shipping became most pronounced during the Iran-Iraq War of the 1980s, when both nations targeted commercial tanker traffic in the Persian Gulf, as detailed in a 1988 Proceedings article.

Avenger-class MCM ships were used during the operations Desert Shield and Desert Storm in 1990 and 1991, according to the Navy. The fiberglass-sheathed, wooden-hull ships use sonar and video systems to identify mines and can deploy a mine-detonating device to remotely explode mines. The ships are also capable of conventional minesweeping activities.

The Navy’s 11 Avenger-class MCM ships today are distributed between homeports in San Diego; Sasebo, Japan; and Manama, Bahrain. The Navy plans to eventually replace the Avengers with Littoral Combat Ships (LCS) outfitted with MCM mission packages that rely on unmanned aerial, surface and underwater systems to detect and neutralize the mines – keeping sailors farther from potential dangers than they are with today’s legacy MCM platforms. 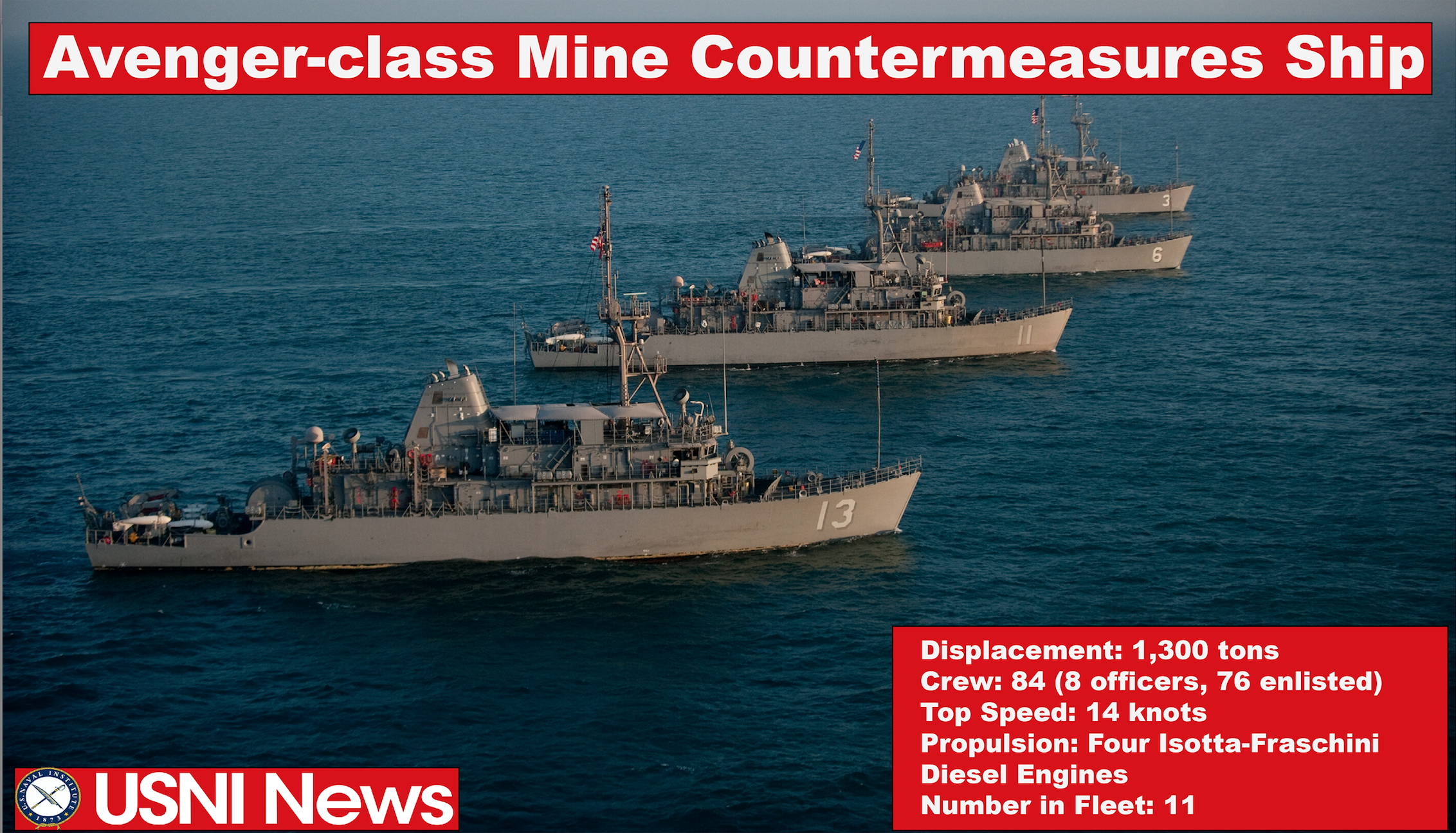 Meanwhile, the Navy has approved the Austal-built Independence-variant LCS to operate all the unmanned aerial systems in the MCM mission package. These systems include the Airborne Laser Mine Detection System (ALMDS), the Airborne Mine Neutralization System (AMNS) and the Coastal Battlefield Reconnaissance and Analysis (COBRA).