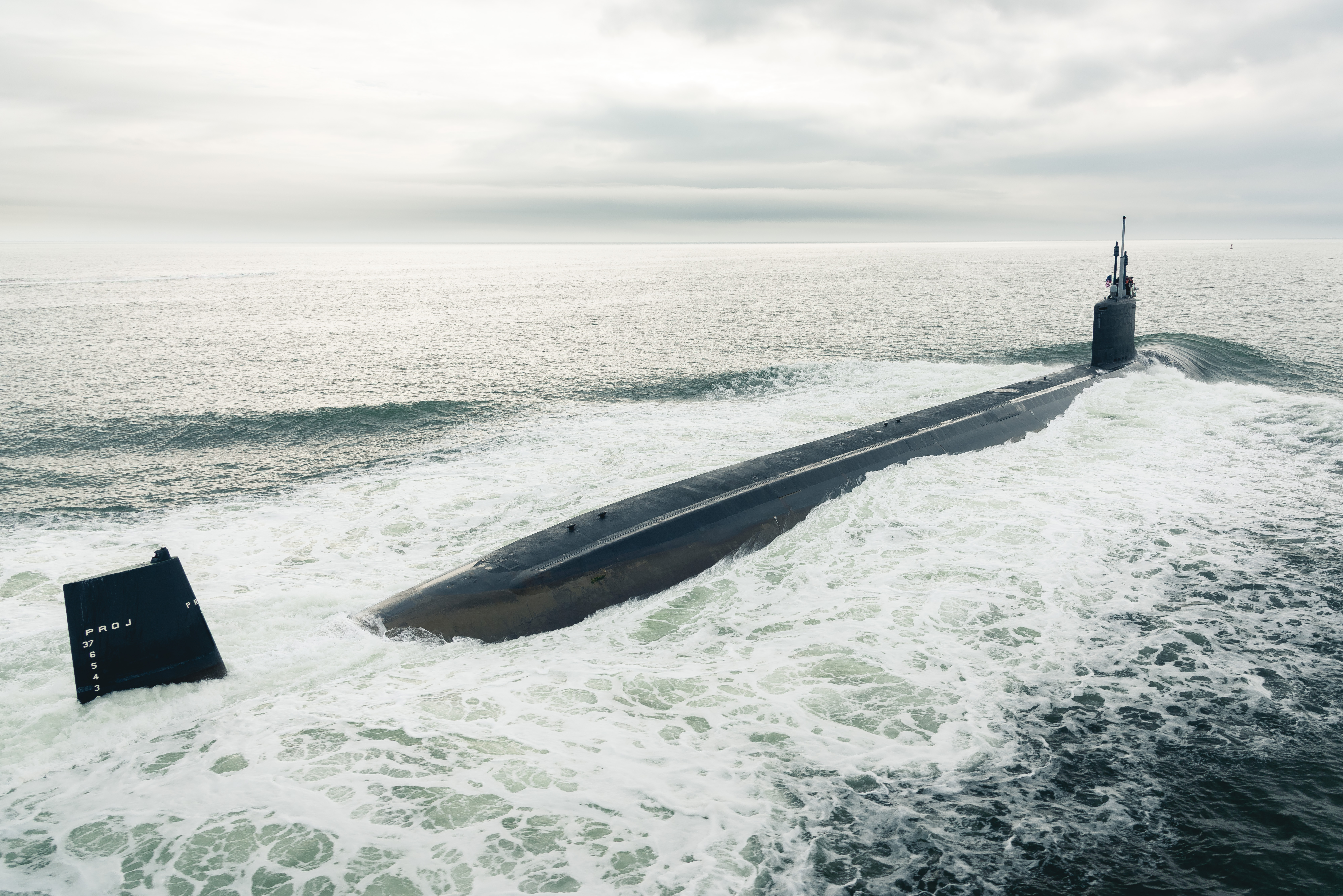 As some lawmakers hope to leverage industrial base capacity and buy an additional two attack submarines in the coming years, an amendment set for a vote on Thursday will determine if the Navy gets the up-front funding it would need for those additional submarine purchases.

The Navy had planned to continue its two-a-year rate of SSN procurement, even as the submarine industrial base faces great pressure from the addition of the Virginia Payload Module on the SSNs and the 2021 official start of the Columbia-class ballistic missile submarine construction. But despite that increased workload, further studies have identified 2022 and 2023 as possible years for the Navy to buy a third submarine, to help address the dwindling number of attack boats in the fleet at a time when demand for their presence across the globe is rising.

The ability to buy the boats in 2022 and 2023 would be predicated on the Navy having advance procurement funding in 2019 for long-lead materials and for up-front multi-submarine purchases that help keep costs down. The House Armed Services Committee included the authority to spend this money in its Fiscal Year 2019 National Defense Authorization Act, but the House Appropriations Committee did not include the funding in its defense spending bill. Without the money being appropriated, the Navy could not pay for the advance procurement items that would pave the way for buying the two extra boats in the coming years.

HASC seapower and projection forces subcommittee chairman Rep. Rob Wittman (R-Va.) and ranking member Rep. Joe Courtney (D-Conn.) proposed an amendment to the spending bill that would trim $1 billion from other accounts and put it into Virginia-class advance procurement.

“The Navy has provided guidance to the House Armed Services Committee that three years of advance procurement funding, rather than the usual two years, in the amount requested is necessary to build these two additional submarines without disrupting the current industrial base. These funds would be used to purchase the most critical, long lead-time components to reduce manufacturing and construction risk. The Navy has reported to Congress ‘an increase in the build rate for [Virginia-class submarines] in FY22 and FY23 is viable without significant disruption to the current plan of record and is the most suitable ramp up for the shipbuilders, their suppliers, and the [nuclear industrial base],’” according to a description of the amendment provided by Courtney’s office.

According to a handful of retired Navy admirals, though, buying those two submarines isn’t just viable, it is vital.

“Our undersea dominance will be challenged aggressively and simultaneously in several geographic regions. Whoever controls the undersea domain and sea lanes vital to us and our allies will have the upper hand in crisis and conflict – history bears that out and our time is no different. Investments in capabilities (sensors, communications, weapons and quiet propulsion, etc.) will matter greatly but submarine capacity, the number of submarines we have to dominate in dispersed geographic areas, is vital. In confronting peer adversaries at sea we must acknowledge and anticipate high-end, complex maritime warfare will result in some loss of capital assets which cannot be replaced quickly. Our submarines, because of their lethality, will be aggressively hunted and we must anticipate losses in that force,” retired Adm. Gary Roughead, who served as chief of naval operations from 2007 to 2011, wrote in a letter of support for the Wittman-Courtney amendment.
“The Navy’s recent Force Structure Assessment (FSA) validates the need for 66 attack submarines (I believe that number should be 72) yet we are on a path to 41 in 2029. The House 2019 NDAA recognizes this shortfall and thoughtfully and prudently seeks to enable increasing the Virginia Class submarine build rate to three ships per year in 2022 and 2023 by authorizing expenditures to that end. 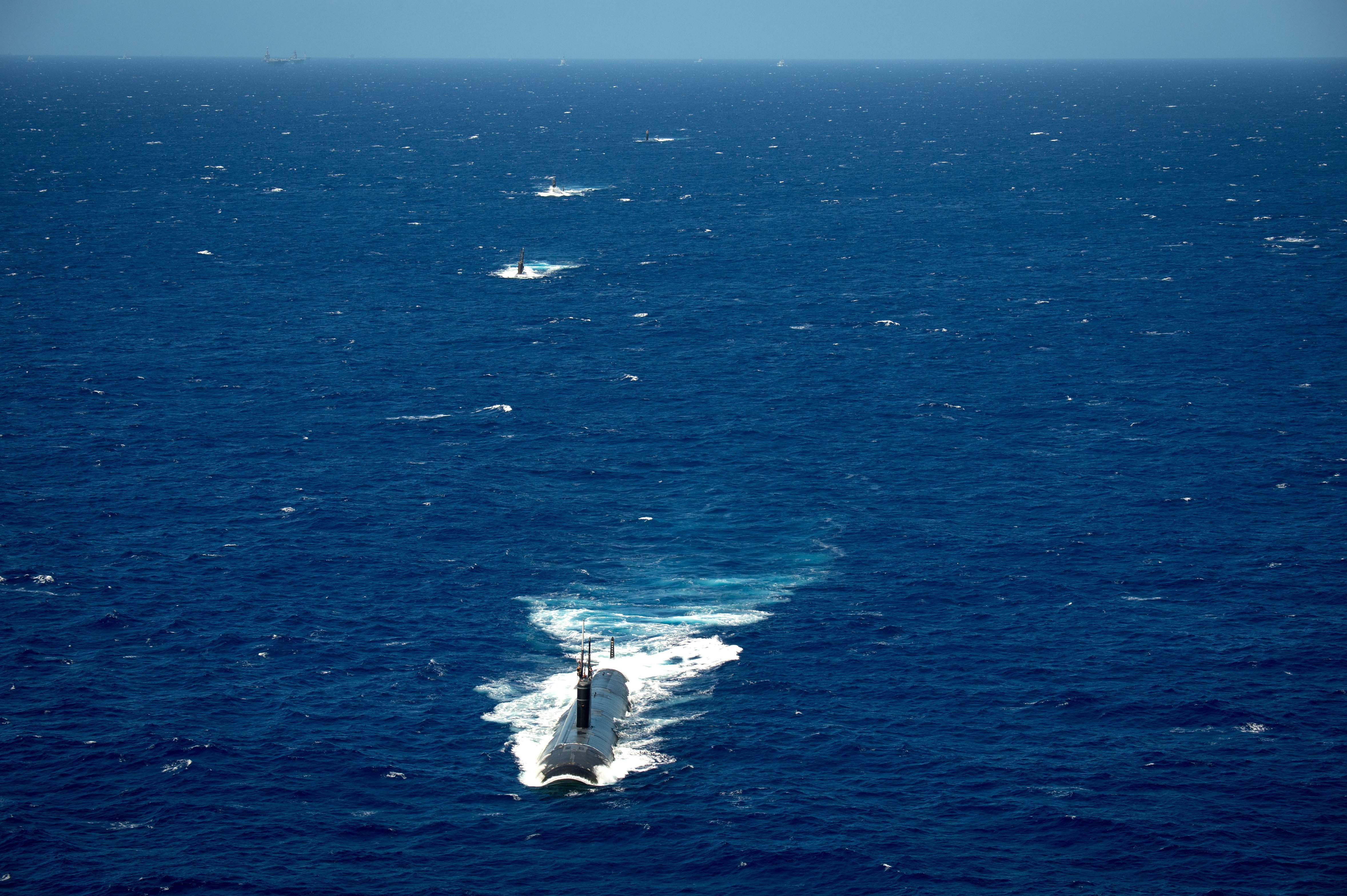 “Our peer adversaries are investing in research, technology and capacity. This is not what we think they will do, it is what they are doing. Our submarines and the industrial base that produces them are superior but we will need more of them and it in the coming years. We must continue to maintain our dominance and I urge your committee and your colleagues in the Senate and those on the House and Senate Appropriation Committees to definitively provide for at least three submarines in fiscal years 2022 and 2023,” Roughead continued.
“The gap in submarine capacity between the U.S. and our peer competitors is growing to our disadvantage. Proactive investments must be made now to arrest that growing disparity in submarine force structure and avoid the consequences of being, for the first time in decades, at a disadvantage under the sea.”

“Authorizing additional dollars for increased SSN production to reach a three-per-year build rate addresses our national security disadvantage while reducing the unit cost of these valuable assets. As you and your Committees work with the Appropriators I encourage all your fellow members to embrace and support the build plan called for in the 2019 House NDAA with its increased build rate for our SSN fleet,” he wrote.
“In my view, if there is sufficient funding for only one more weapon or ship system, that ship should be an SSN. This is due to its inherent survivability, flexibility (anywhere on the globe) and effectiveness against the highest end threats.”

Retired Adm. Jonathan Greenert, who served as chief of naval operations from 2011 to 2015, wrote in his own letter that during his 40 years in the Navy “our Navy ‘owned’ the undersea domain. Navy’s superiority in the undersea domain has been unchallenged, predominantly due to the excellence of the submarine force. This is no longer assured. Real threats are emerging- fast,” he wrote.
“Navy’s recent Force Structure Assessment, embraced by the Executive and Legislative Branches, validates a need for 66 submarines. The need is real and urgent. However, without near term additional legislative action our fleet is on track to reach 41 attack submarines by 2029. … Authorizing additional resources for increased SSN production, specifically preserving the option to use available industrial capacity in 2022 and 2023 to reach a three-per-year build rate, is exactly the kind of thoughtful and tangible legislative action, and messaging, we need.” 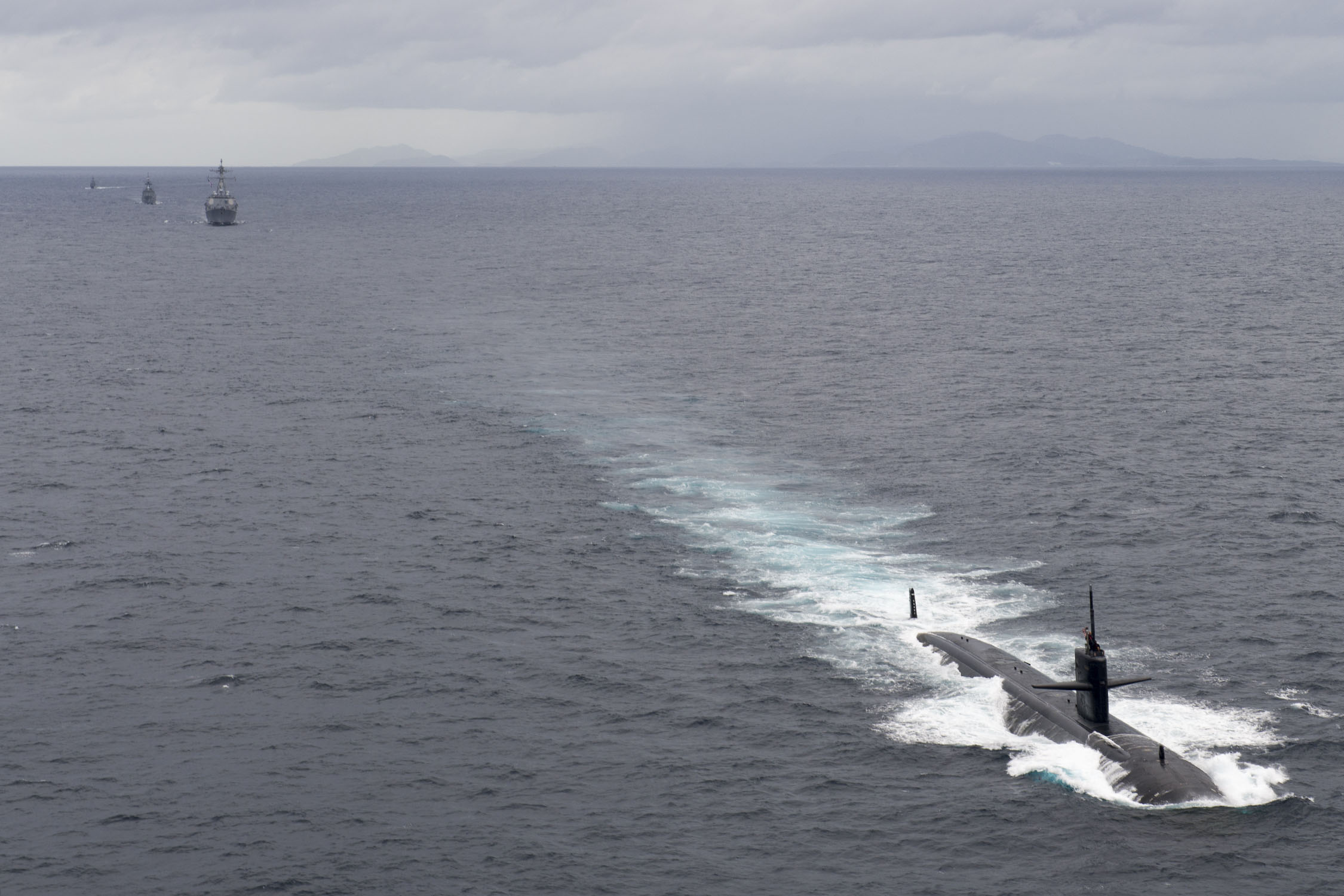 Finally, retired Vice Adm. Michael Connor, who commanded U.S. submarine forces from 2012 to 2015, wrote that during his time in command “I struggled to pace the growing undersea needs of combatant commanders around the world. Many high priority missions can only be accomplished by submarines because peer competitors improved their anti-access technology and long-range strike capability. Submarine demand continues to grow. The most recent force structure assessment that increased the attack submarine requirement from 48 to 66. Without additional action, our undersea fleet will drop to 41 attack submarines in 2029. This reduced fleet size will leave our civilian leaders and military commanders without the tools they need to keep ahead of changing threats and challenges around the globe. Mitigating this decline in the undersea fleet should be a top priority for the Navy, the Congress, and our nation.”

“As Congress continues its work on the defense authorization and funding measures in the weeks ahead, I would urge your colleagues to support the plan you have laid out in the 2019 NDAA passed by the House,” Connor continued.
“At a time when our nation’s leading edge in the undersea domain is being challenged by competitors around the world, this is an opportunity that we cannot afford to miss.” 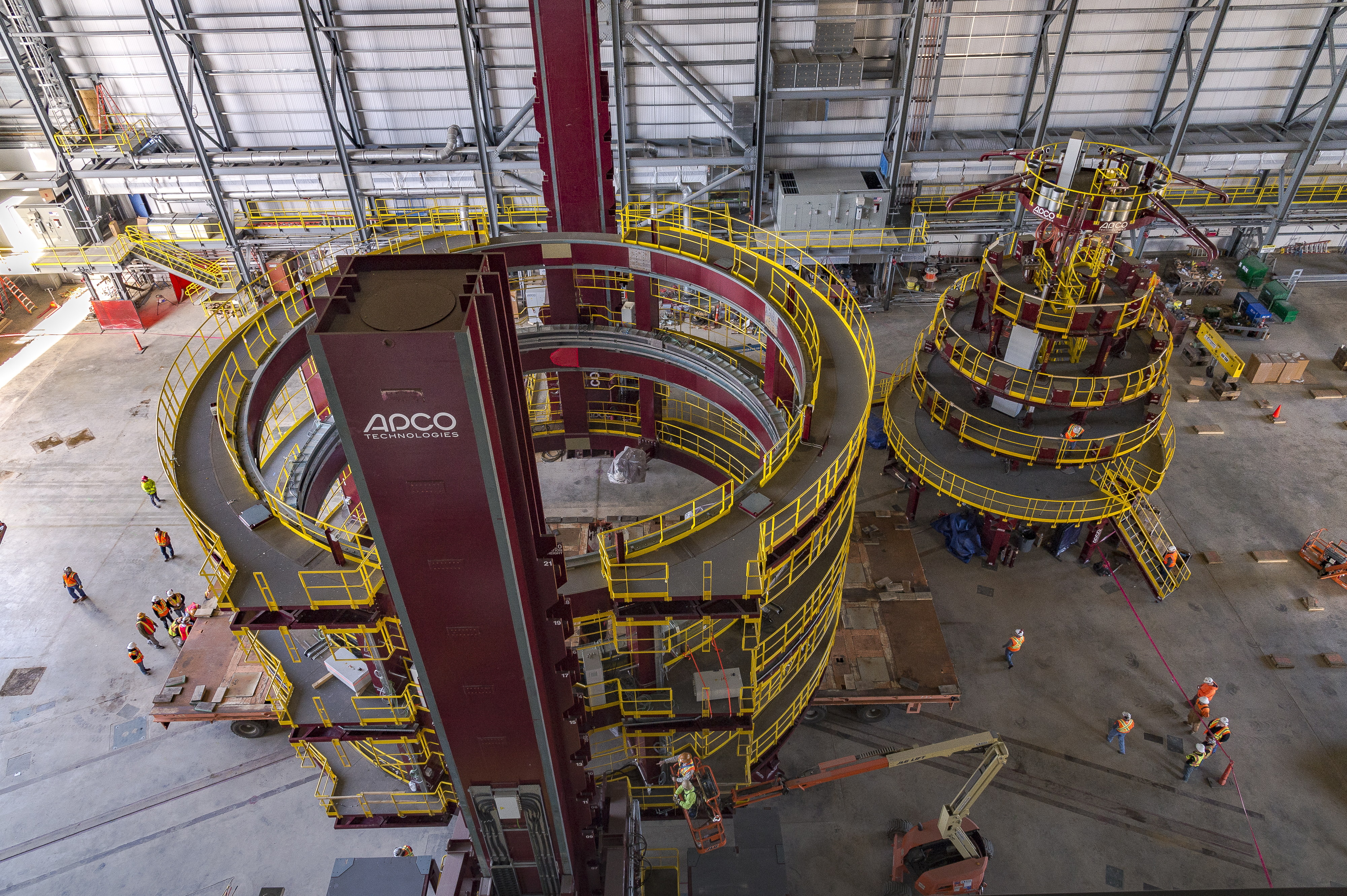 The House and Senate armed services committees have both passed their bills and must work out the differences. The Senate Armed Services Committee bill does not specifically add in the advance procurement funding but rather allows “$250 million to support either economic order quantity procurement for future subs or initiatives to expand the submarine industrial base,” USNI News previously reported.

The Senate Appropriations Committee also includes the $250-million industrial base support initiative, rather than the $1 billion in advance procurement funding the HASC and Navy say they need. So, getting the House Appropriations Committee onboard during the House floor debate is the last chance to keep alive the debate about the AP funding and the Navy’s chance to be able to buy an 11th and 12th attack submarine between 2019 and 2023.

The Navy will sign a new block buy contract in 2019 for either 10 or 12 subs, depending on the outcome of the congressional action.