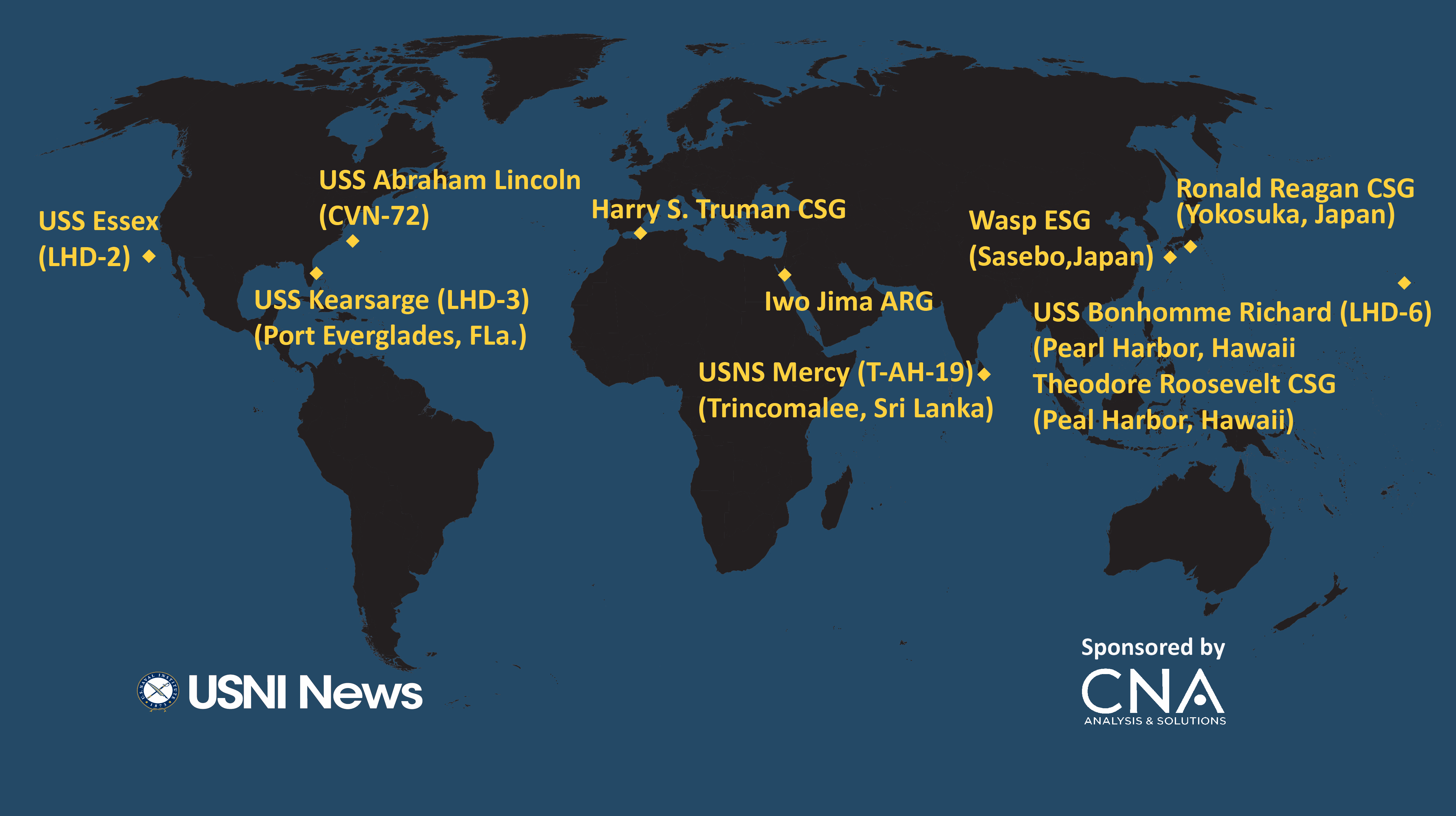 The USNI News Fleet and Marine Tracker is sponsored by CNA. These are the approximate positions of the U.S. Navy’s deployed carrier strike groups and amphibious ready groups throughout the world as of April 30, 2018, based on Navy and public data. In cases where a CSG or ARG is conducting disaggregated operations, the map reflects the location of the capital ship.

The Harry S. Truman Carrier Strike Group (CSG), which deployed from Norfolk on April 11, passed through the Strait of Gibraltar on April 27. Just prior to entering the Strait of Gibraltar, the Group “completed Lightning Handshake 2018 with its long-time African partner Morocco. During the week-long exercise, U.S. and Morocco reinforced its ability to operate together in a wide spectrum of missions, including maritime security operations,” according to the Navy.

The CSG is scheduled to operate in both the U.S. 6th Fleet and U.S. 5th Fleet areas of responsibility while deployed. 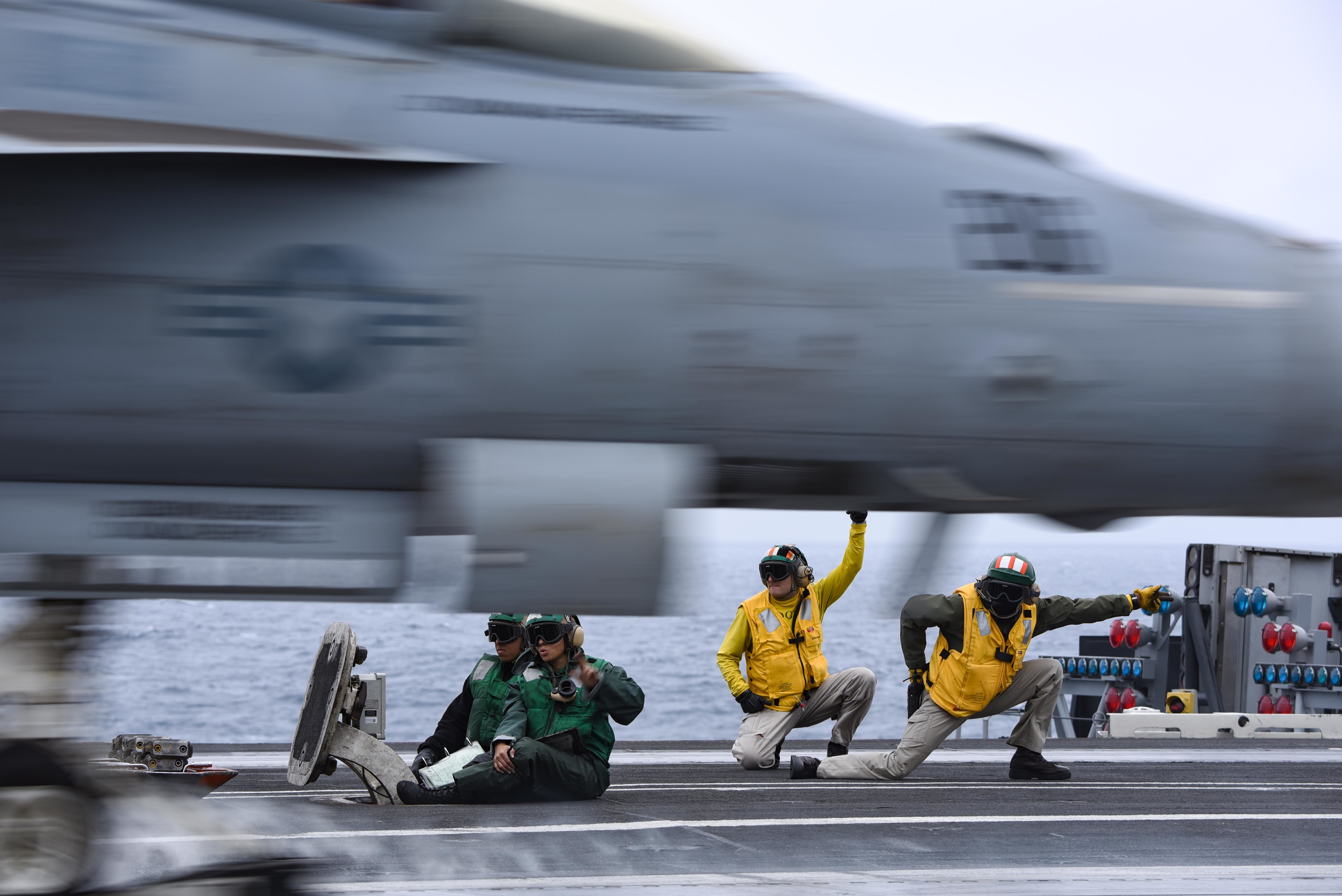 An F/A-18F Super Hornet assigned to the “Fighting Checkmates” of Strike Fighter Squadron (VFA) 211 launches from the flight deck of the aircraft carrier USS Harry S. Truman (CVN-75) on April 24, 2018. US Navy Photo 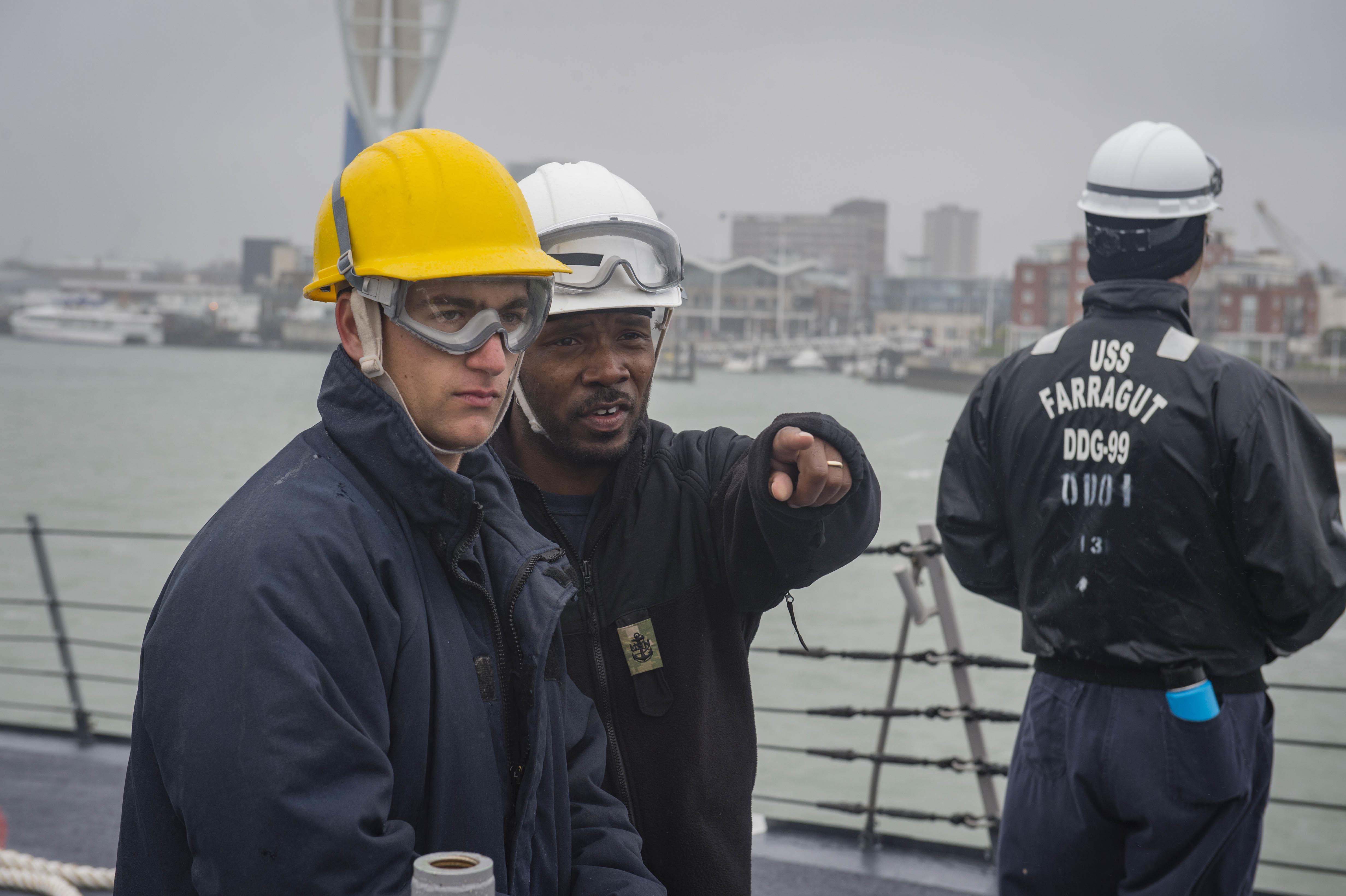 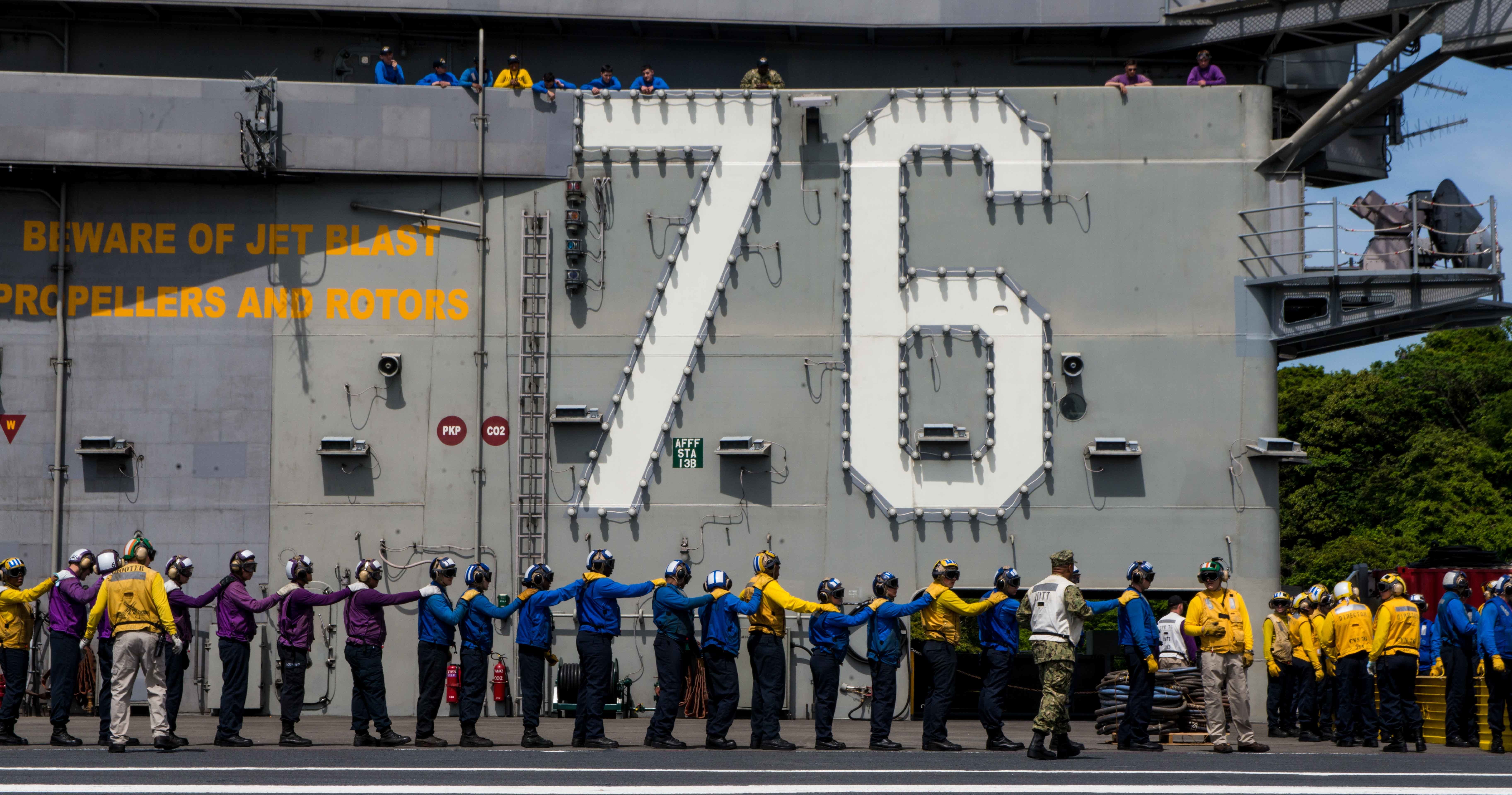 Forward-deployed aircraft carrier USS Ronald Reagan (CVN-76) is in port in Yokosuka, Japan. The carrier completed its Selected Restricted Availability for maintenance and is preparing to go to sea.

“The amphibious assault ship USS Wasp (LHD-1) returned to Sasebo, April 26, after nearly two months of operations in the Indo-Pacific with the 31st Marine Expeditionary Unit (MEU),” according to the Navy.
“Wasp successfully embarked, maintained and supported near-daily flight operations of the F-35B Lightning II in that span, part of a first-ever operational deployment of the U.S. Marine Corp’s fifth-generation stealth jet.” 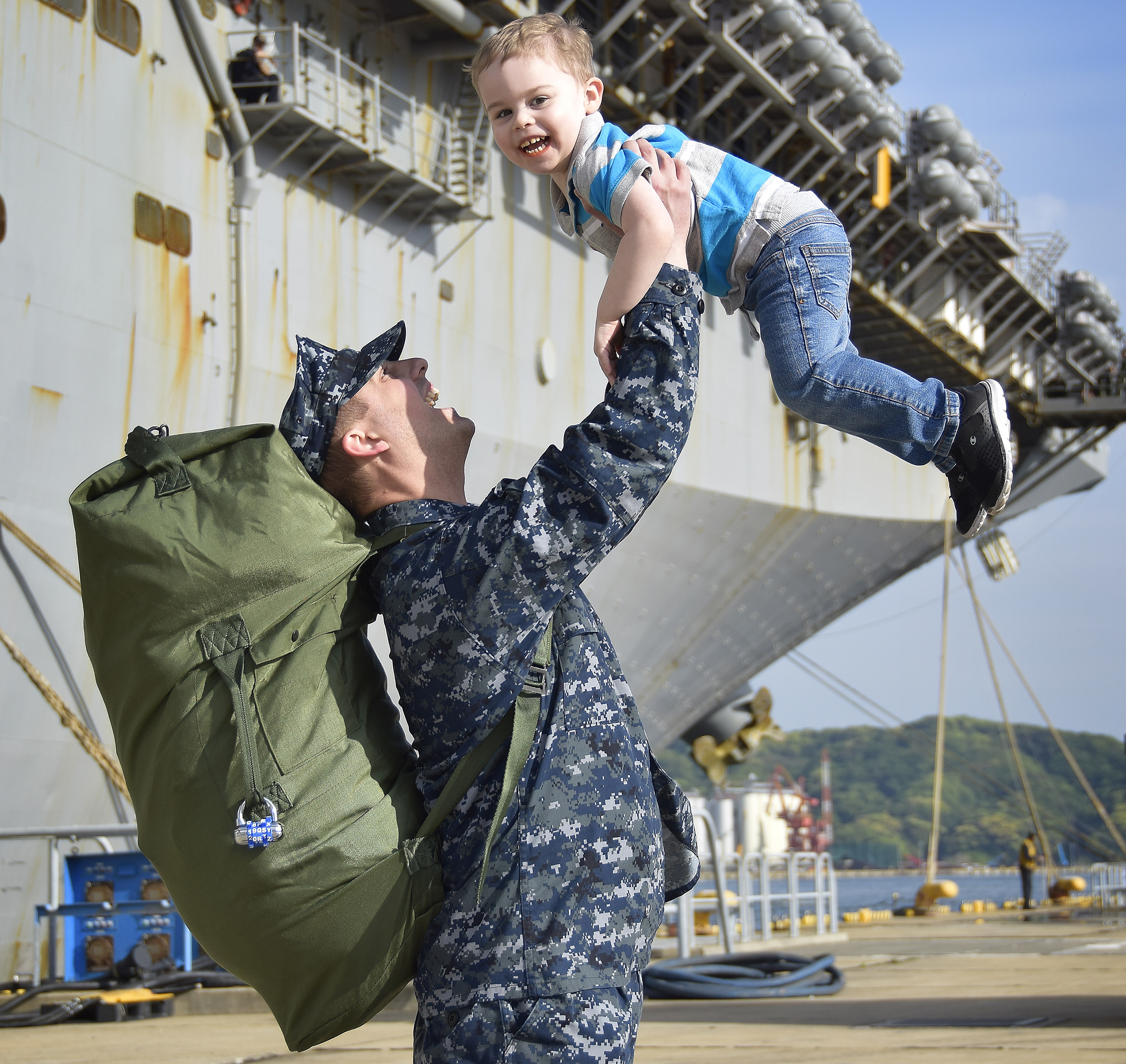 The operations were part of a routine and regularly scheduled patrol. Part of the patrol also included two San Diego-based destroyers, which added to the typical Amphibious Ready Group (ARG) formation to create an Up-Gunned Expeditionary Strike Group (ESG).

Wasp arrived in Sasebo in January 2018 after transiting from Norfolk, Va., as part of a shift in forward-deployed assets to replace the amphibious assault ship USS Bonhomme Richard (LHD-6) as the Amphibious Force 7th Fleet flagship. 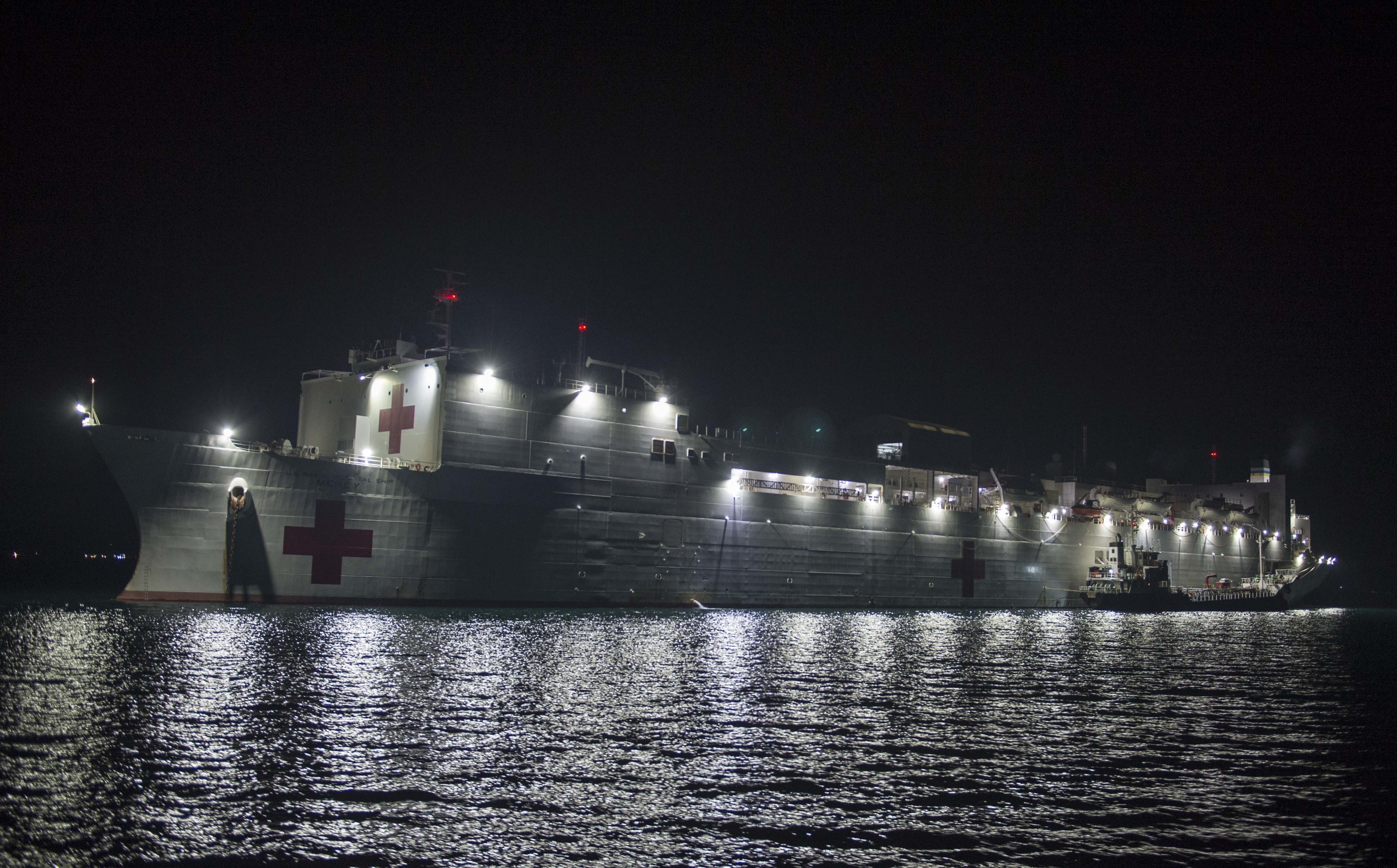 “The mission in Trincomalee will continue through May 8 and will feature Pacific Partnership doctors and medical personnel working side-by-side with Sri Lankan medical professionals to exchange best practices,” according to the Navy.
“Additionally, U.S. and partner nation service members will join their Sri Lankan counterparts in civil engineering projects, humanitarian assistance and disaster relief (HA/DR) readiness seminars, and public outreach engagements throughout the local community.”

“The ship is transiting to San Diego where it will conduct operations in 3rd Fleet prior to entering an extended maintenance availability, including upgrades and modernization to operate the F-35B Lightning II fighter aircraft,” according to the service. 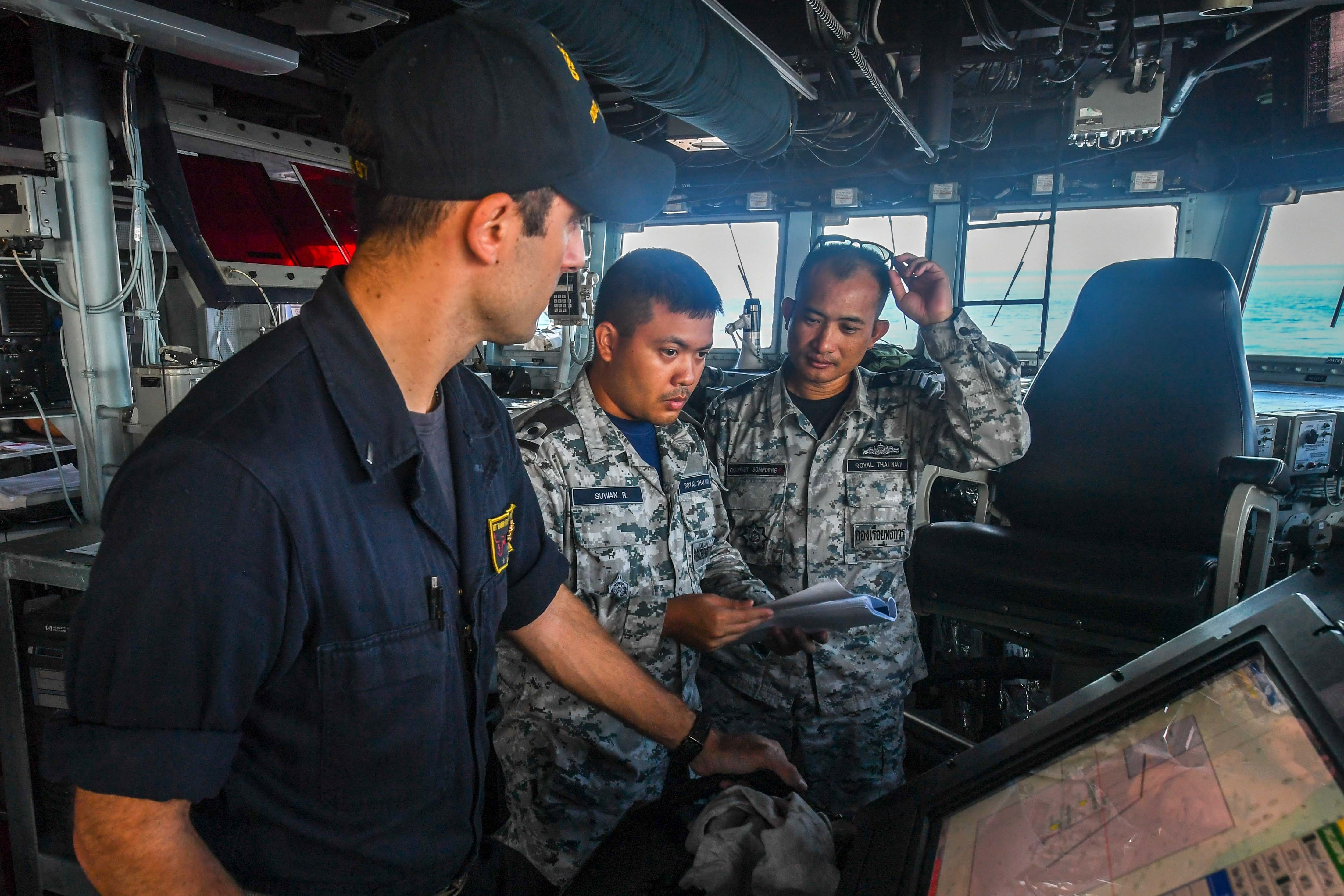 Hawaii is the final port call for the ships of the Theodore Roosevelt CSG after a scheduled seven-month deployment to the 5th Fleet and 7th Fleet areas of operation supporting maritime security, theater security cooperation and Operations Inherent Resolve and Freedom’s Sentinel.

This will likely be a short stop in Pearl Harbor to embark Tigers – friends and family of the crew that will join them for the last leg of the journey – and then the CSG will continue toward San Diego. 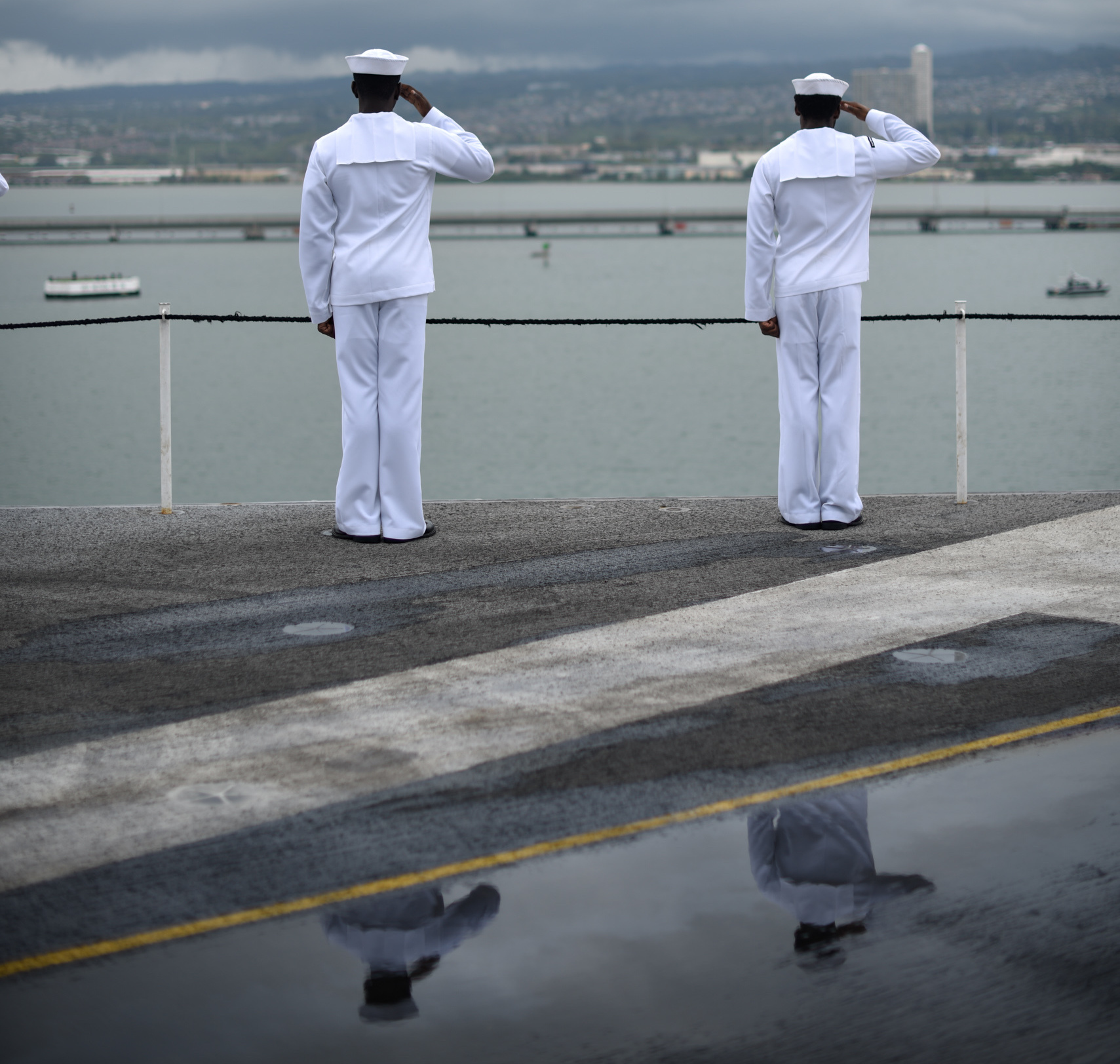 Sailors render honors to the USS Arizona Memorial as the aircraft carrier USS Theodore Roosevelt (CVN-71) pulls into Joint Base Pearl Harbor-Hickam for a regularly scheduled port visit on April 27, 2018. US Navy Photo 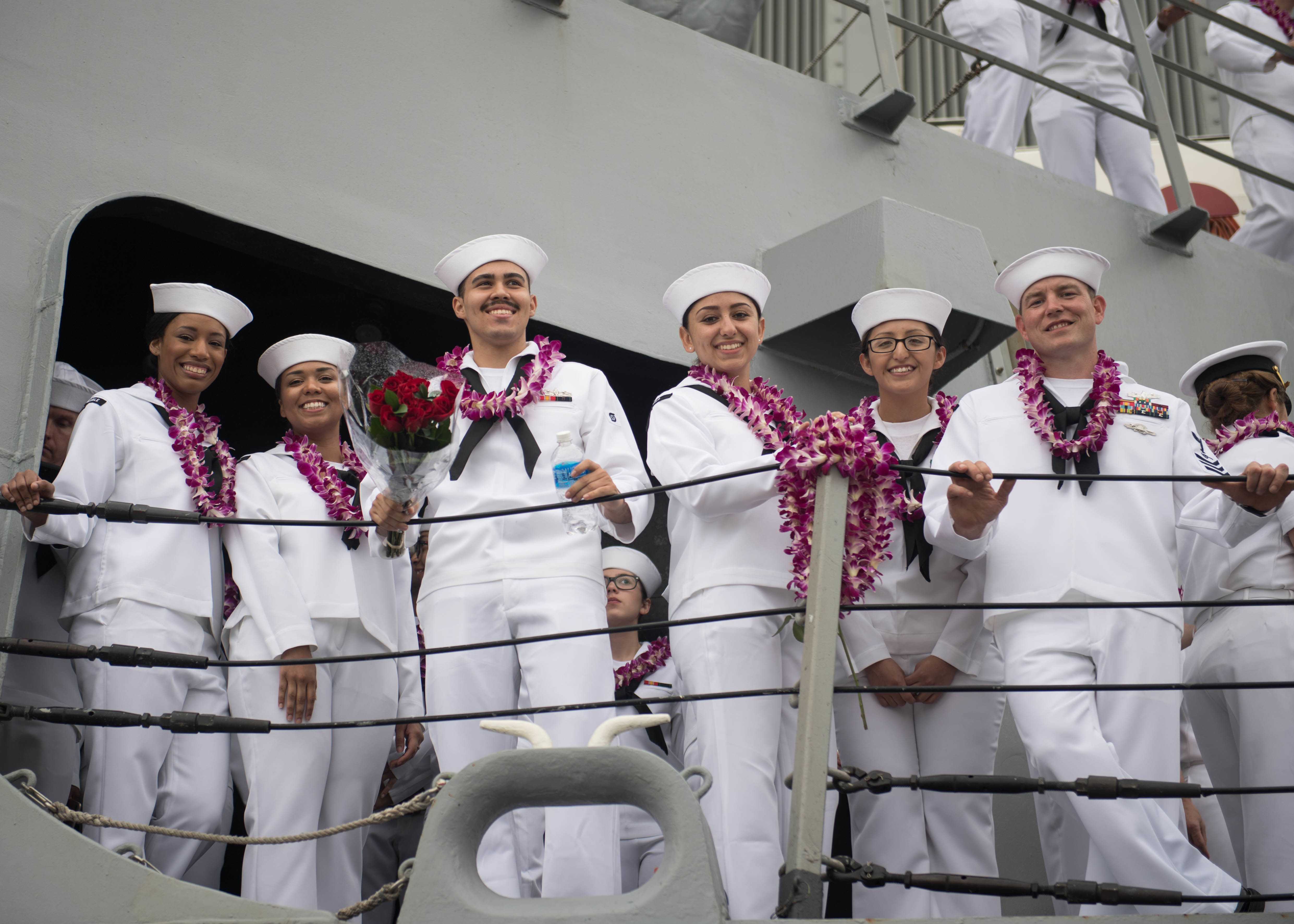 Sailors from USS Preble (DDG-88) return to homeport at Joint Base Pearl Harbor-Hickam in Pearl Harbor, Hawaii after a successful seven-month deployment to the U.S. 5th and 7th Fleet areas of responsibility on April 27, 2018. US Navy Photo 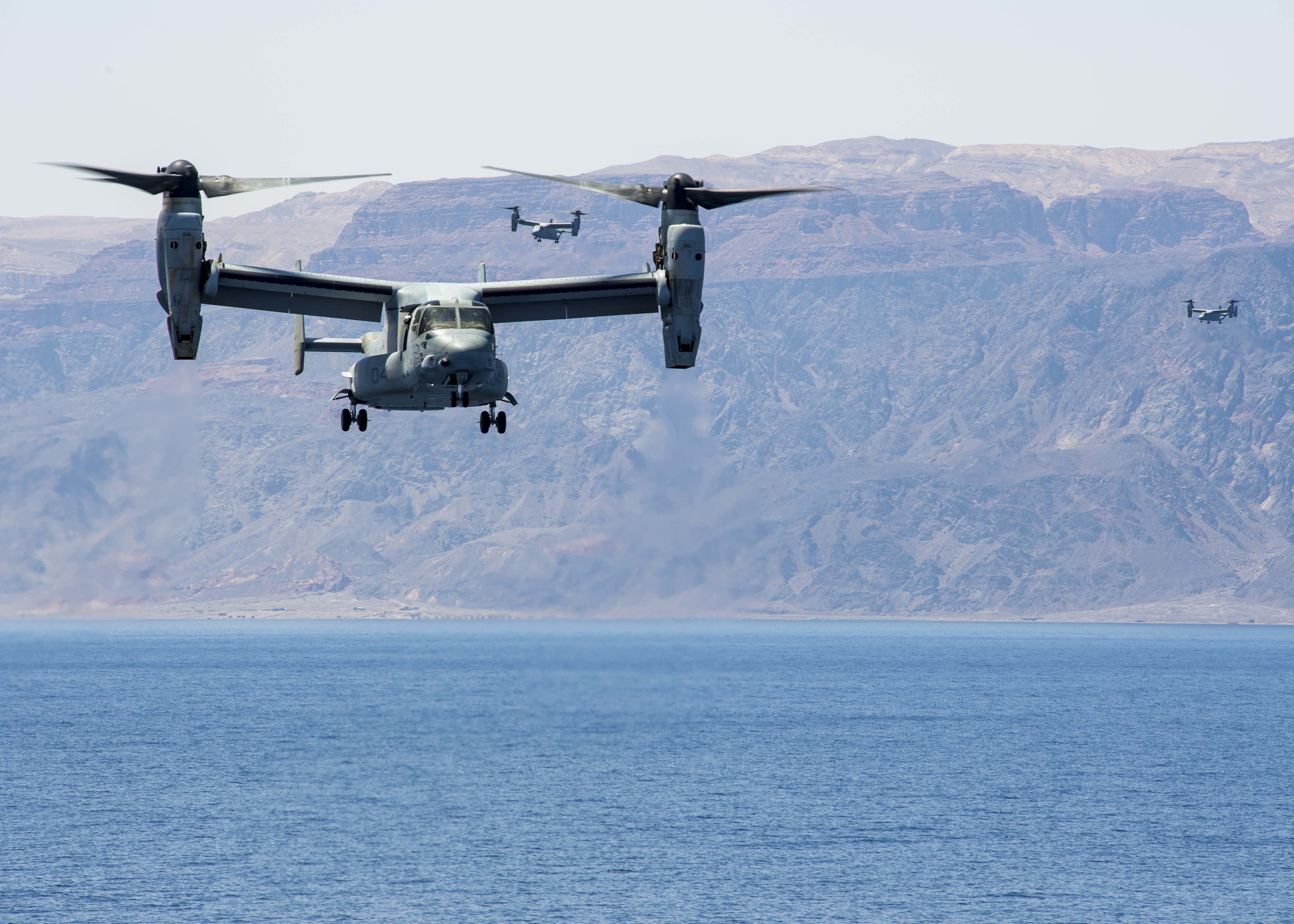 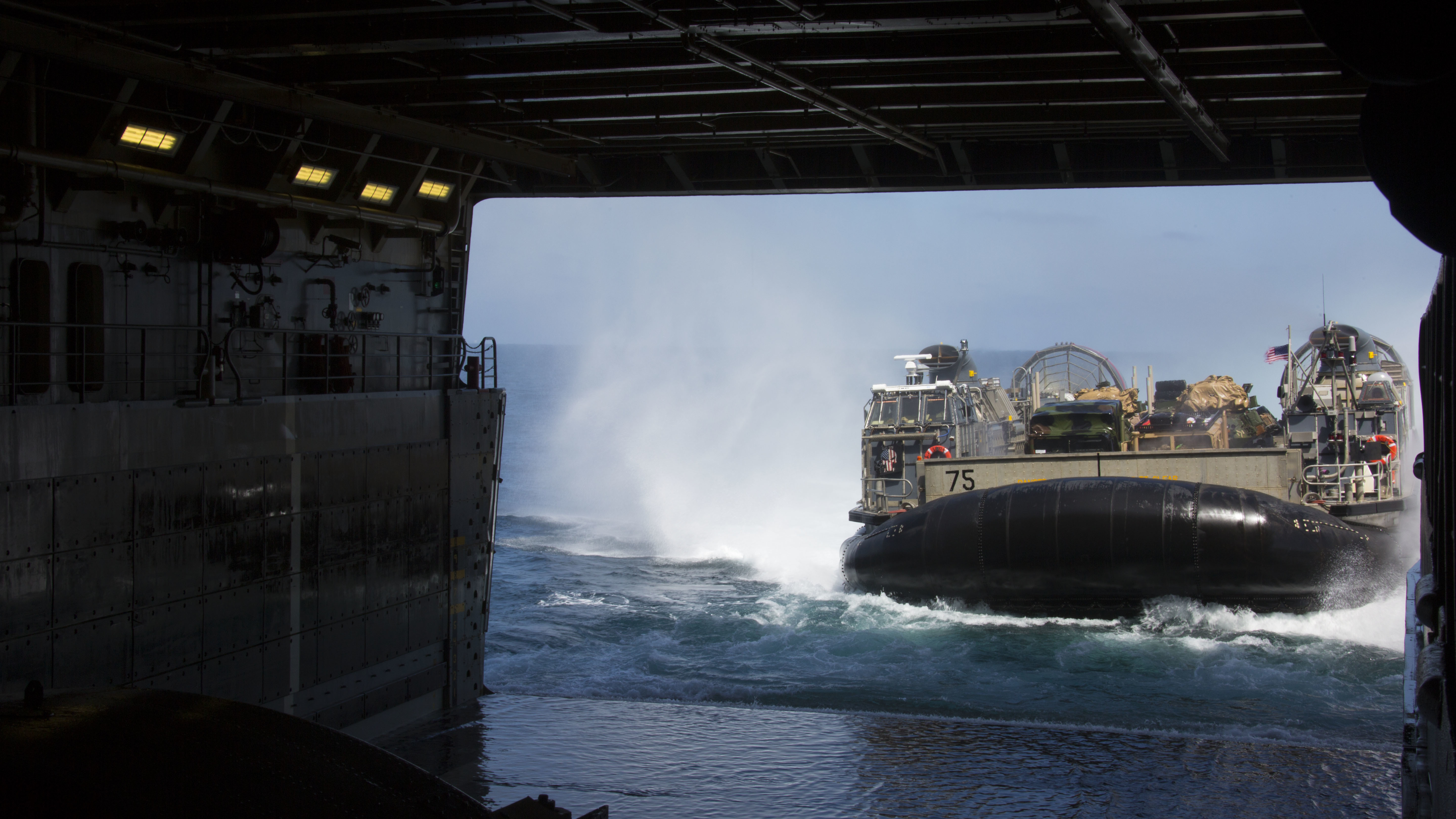 “The Essex Amphibious Ready Group (ARG) and 13th MEU integrated to conduct the second major exercise of their pre-deployment training. ARG, MEU Exercise (ARGMEUEX) provides essential and realistic ship-to-shore training, designed to enhance the integration of the Navy-Marine Corps team. ARGMEUEX provides an opportunity to integrate unique individual and unit skills and develop the Essex ARG and 13th MEU’s collective proficiency in challenging and unfamiliar environments,” according to the Marines. 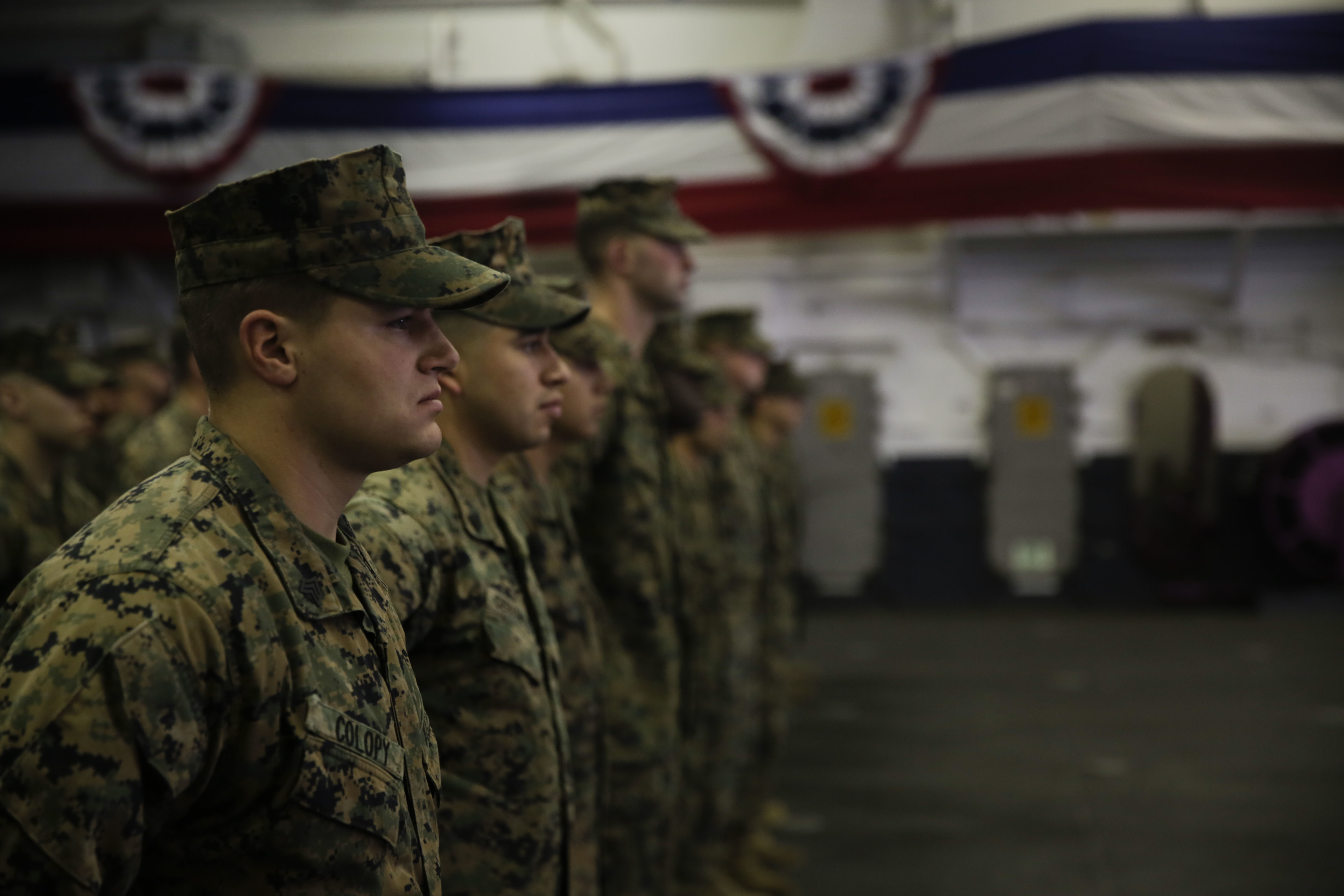 USS Kearsarge (LHD-3) departed New Orleans on April 25 after serving as the centerpiece ship of Navy Week New Orleans 2018. The ship is now in port at Port Everglades, Fla.

USS Abraham Lincoln (CVN-72) got underway on April 24 from Norfolk and is training in the Virginia Capes Operating Areas.