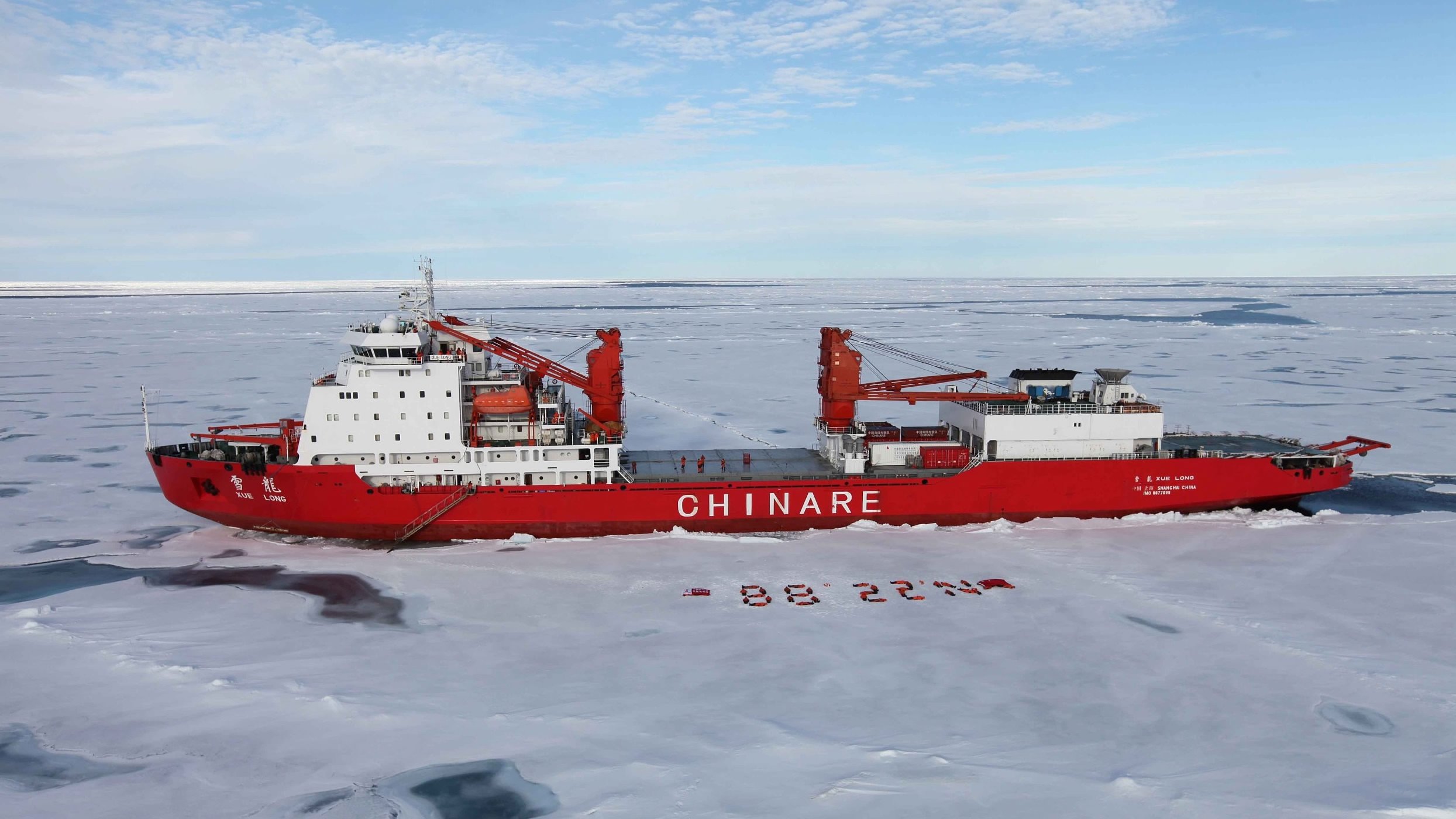 China sees the expanding global markets for natural gas and minerals as solid reasons to invest heavily in exploration, development and infrastructure from Canada to Greenland to Russia, a panel of Arctic experts said Friday.

Mark Rosen, co-author of a recent CNA report on the challenges this investment poses for international security, advised observers to “follow the money” in evaluating at China’s ambitions in the North. .

China’s investment in Greenland’s economy is 12 percent of its gross domestic product and about six percent of Iceland’s, he said. “Money is power,” and China is dispensing funds for influence around the globe. In recent years, China has invested $90 billion in a host of projects above 60 degrees north with likely more to follow, if oil prices rise.

Hong Nong, executive director and senior fellow at the Institute for China-America Studies, said China’s new white paper on the Arctic is seen by many observers as Beijing’s quest for “a polar or ice silk road,” similar to “One Belt/One Road” strategy of expansion westward into Europe, Africa and Latin America.

In answer to a question, Rosen cited Beijing’s latest initiative to show it is not backing away from investing in the north. Through the “Data Silk Road” with Finland, it is laying undersea cable to move financial data more quickly from point-to-point as part of this long-range economic strategy. At the same time, it is building airports in Greenland, cooperating with Russia in expanding port facilities on the Transpolar [Northern Sea] Route for natural gas exports to Asia, and building infrastructure in Canada’s Northwest Territories to expand fur and diamond exports to the Chinese market.

The question for nations that border on the Arctic and countries such as China, Japan, South Korea, Singapore and India with interests in the far north is will the right kind of standards be brought to bear on this development on such a fragile environment? The answer is not yet clear, the panelists agreed.

“The Arctic Ocean is a closed sea” and “the remoteness of the place can be a problem” in handling an oil spill, providing humanitarian relief in a natural disaster or attempting search and rescue, Rosen said.

Mark Nevitt, a law professor at the University of Pennsylvania, said the Arctic Forum, of which the United States is one of eight members, said is a “soft-law governance system” with limited enforcement authority, especially over environmental issues. He noted this is in direct contrast to the Antarctic, where activities are covered by treaty signed by 43 nations. The treaty keeps the continent demilitarized. There is no such agreement for the Arctic, and the United States has raised concerns over Russia’s build-up of military facilities in the region and its work on icebreaking corvettes. China is reportedly hardening submarines and some surface vessels for northern operations at the same time as it is building an icebreaker.

“We don’t fully understand climate change,” he said, noting a 13 percent decrease of the ice sheet in the last decade and what that means for the Arctic environment, future development, shipping, fisheries and military presence. Climate change is the X-factor if you want to look to the future, and it may be best to examine Greenland as a canary in the coal mine, he said.

Not only is China investing there in mining for rare minerals; but Greenland is an autonomous, constituent country within the Kingdom of Denmark, a NATO ally with an American air base at Thule. “It may be the first nation born from climate change” as more of its glacier ice melts and its population grows beyond the 60,000 residents there now.

Nevitt noted that the United States needed to recognize the significance of where the ice is melting more rapidly now — in waters off the Alaskan coast. In effect, this makes the Northwest Passage a more attractive trade route and military transit route.

While there are territorial disputes in the region — particularly involving the United States, the European Union and China — claiming right of passage through “areas of common use” in waters claimed by Russia and Canada, they so far have been non-confrontational.

Hong added China’s white paper intentionally “uses non-confrontational language ” to describe its increasingly wide interests in the Arctic. This is in contrast to its actions in the East and South China Seas where it claims territorial sovereignty, she said.

Canada is expected to release its own Arctic white paper in the coming months that will address domestic and international issues, include territorial boundaries.

As to why China and Russia are working together on Arctic economic development, Rosen said Beijing “is the only game in town” for Moscow when it reaches into the global financial markets for large projects. “Sanctions have pushed the U.S. out of the mix” of possible investors. The sanctions, supported by the European Union, were levied in response to the Kremlin’s supporting separatists in Georgia and eastern Ukraine and takeover of Crimea.

In the long-term, “you need an Arctic development code” to protect the environment as human activity and economic development expand in the region, plus an Arctic investment bank for all to draw on, Rosen said.