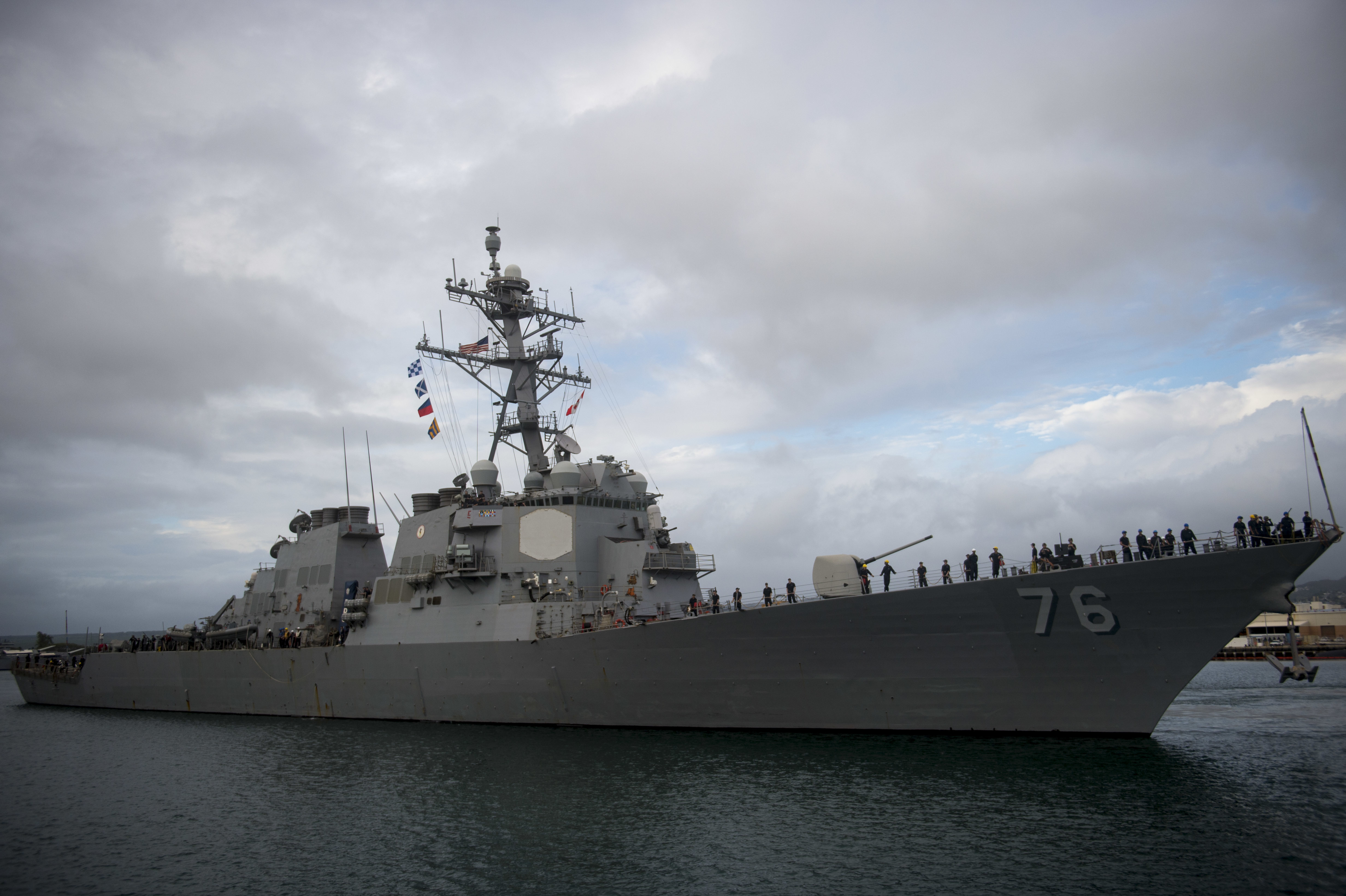 The House Armed Services Committee is looking to change the command and control system that governs naval forces in the Pacific, based on recommendations made in the aftermath of last year’s fatal collisions, but concerns from some lawmakers are already surfacing.

The HASC readiness subcommittee included in its section of the Fiscal Year 2019 National Defense Authorization Act language that would require the Navy to designate a single command in charge of “ensuring that forces of the Navy are available for tasking and deployment, including forces that may be operating from a forward-deployed location,” and to create a single command in charge of “oversight and management of the shipyards of the Navy, including shipyards outside the United States.”

This language is meant to address the fact that Naval Sea Systems Command overseas all shipyard maintenance and modernization activities except those taking place in Japan, and U.S. Fleet Forces Command is meant to generate ready forces but does not have responsibility for those in the Forward Deployed Naval Forces in Japan.

“The committee encourages the Secretary to consider designating the Commander, Fleet Forces Command, as the responsible commander for tasking and deployment, as that official performs that function now for all naval forces excepting the Pacific Fleet,” according to the readiness mark, though the subcommittee does not go as far as to mandate that Fleet Forces be the office that oversees all manning, training and equipping – rather suggesting that Fleet Forces be the one to take on that role.

This change would have been previously considered unpassable – House and Senate appropriators every year since 2011 have included language known as the Inouye Amendment, after former Hawaii Sen. Daniel Inouye, which stated that “none of the funds available to the Department of Defense may be obligated to modify command and control relationships to give Fleet Forces Command administrative and operational control of U.S. Navy forces assigned to the Pacific fleet: Provided, That the command and control relationships which existed on October 1, 2004, shall remain in force unless changes are specifically authorized in a subsequent Act.”

That language supersedes anything the armed services committees would do in their defense authorization bill, and it has been included in the spending bill every year since Sen. Inouye first offered it.

However, given last year’s four surface navy collisions, two of which killed a combined 17 sailors, the Navy found there was confusion in the command and control system in the Pacific and that there were conflicts of interest by having dual-hatted commanders in charge of certifying ready forces and then consuming those forces by overseeing their operations. HASC is now looking to act.

Still, Rep. Tulsi Gabbard (D-Hawaii), whose state is home to U.S. Pacific Command and U.S. Pacific Fleet headquarters, noted her concern over the language in the bill during the subcommittee’s markup today.

“I’m concerned with the language in the mark and how it could negatively impact the speed, flexibility and agility of our forces operating in the Indo-Pacific region under PACOM’s command and their ability to respond to a very active region. The language offered in the readiness mark would essentially chip away at the existing force structure, resources and authorities in the Pacific and would undo a command and control relationship in the Pacific that’s existed and worked for more than a decade,” she said.
“The current status preserves the ability of the commander of the Pacific Fleet to man, train and equip PACOM-assigned naval forces, including the maintenance, steaming days and flying hours required to ensure operational availability. This command and control structure allows the U.S. PACOM commander to leverage forces under his command to respond with speed and agility in resolving crisis, deterring potential adversaries and assuring allies and partners in the region of our commitment and resolve. It is this structure that provides the framework for our National Defense Strategy. The language currently in the readiness mark could lead to situations where the PACOM commander would have to ask for forces using the request for forces model, which could be slower, more cumbersome and less agile that the current organization.”

Gabbard had an amendment related to this language that she withdrew but said she hoped to work with the committee in the next two weeks, ahead of the May 9 full committee markup, to address her concerns.

Even if the language makes it out of the full committee over her potential objection, the appropriators would still have to jump onboard. HASC staffers on Wednesday told USNI News they are in talks with the appropriators to get their support for the language, so they would not include the Inouye Amendment language in their spending bill this year and allow the command and control changes to take place.