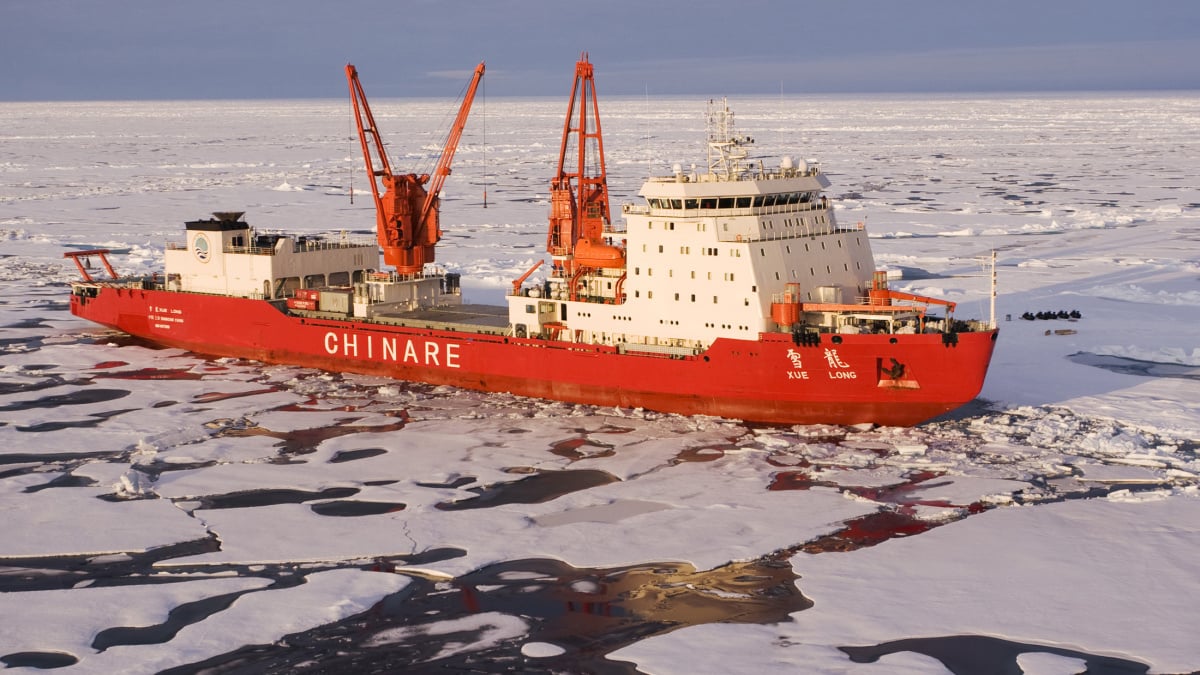 As China expands its influence, Beijing believes it can claim access to any region on earth – including the Arctic, three experts on maritime security said Friday.

Beijing is spreading economic and political influence through One Belt/One Road plane across Asia, into Africa and now the Caribbean. The includes the establishment of China’s first overseas military base in Djibouti in the Horn of Africa and eventually, the Arctic, Katie Burkhart, from the Coast Guard commandant’s advisory group said, speaking at a special forum sponsored by the Army-Navy Club and the Center for International Maritime Security.

China has pushed to be designated a member of the Arctic Council. Membership is restricted to nations bordering the Arctic. Beijing has observer status.

Working with Russia, China is now exporting liquefied natural gas using the Northern Sea Route through Arctic waters and has stepped up monitoring of oceanographic conditions in the Far North from Svalbard, a Norwegian island that is open to international scientific research said Heather Havens, of the National Defense Industrial Association,

Burkhart said China “has just finished building its first domestic icebreaker,” Snow Dragon 2. Beijing had bought an icebreaker from Ukraine in the mid-1990s when it first showed an interest in reaching north.

“China has had a long history of geographic expansion over time, [and it] usually leads with population” migration, said retired U.S. Navy Capt. Jerry Hendrix with the Center for New American Security.

The reason the Arctic has become more attractive to the Chinese, as well as other countries bordering it, is the shrinking sea ice, Haven said. What this immediately translates into is significant changes to hunting and fishing patterns.

“They are starting earlier and ending later,” Burkhart said, pushing the Coast Guard to update its overall strategy for the Arctic. Even though energy prices remain fairly low, interest in future exploration for oil and natural gas and mineral mining remains high. China has contracted to mine for minerals in Greenland.

The Exclusive Economic Zones, allowed under the United Nations Convention of the Law of the Sea, create the possibilities of international tension over who-can-do-what-where, much in the same way as China’s territorial claims in the East and South China Seas have roiled relations in the Pacific.

Hendrix mentioned Russia’s planting a flag on the Arctic seabed as an example of an “exorbitant claims.”

All noted the United States and Canada have unresolved issues over what constitutes international and what is territorial waters in the Arctic.

“Diplomats are tiptoeing” through that dispute because of its implications with the Chinese in the South China Sea, particularly, Hendrix added.

The Arctic also is opening up – at least for a few weeks through the Northwest Passage – cruise industry interest in the United States.

All this human activity raises questions of how effective can search and rescue missions if a cruise ship or oil rig has an emergency or how to conduct clean-up operations following an oil spill in seas where three-foot-high waves are common and islands plentiful that will hold oil on their beaches, Burkhart said.

Although the administration has put $750 million in the budget for continued advanced design work on a new Coast Guard polar icebreaker, the United States does not have much of a visible naval presence in the Far North, although some of the new frigates could be ice-hardened for Arctic work.

The shrinking ice also makes submarines more visible and vulnerable since the covering shield is disappearing and the waters are generally shallow, he added. Another factor is the need for ice-hardening submarine sails, so they can punch through thick ice. This is not done for all attack submarines.

As conditions exist now, the three major polar sea routes do “not fit the just-in-time requirements” of international business, Burkhart said. She noted the routes are only open a few weeks of the year and large container ships have deep drafts.