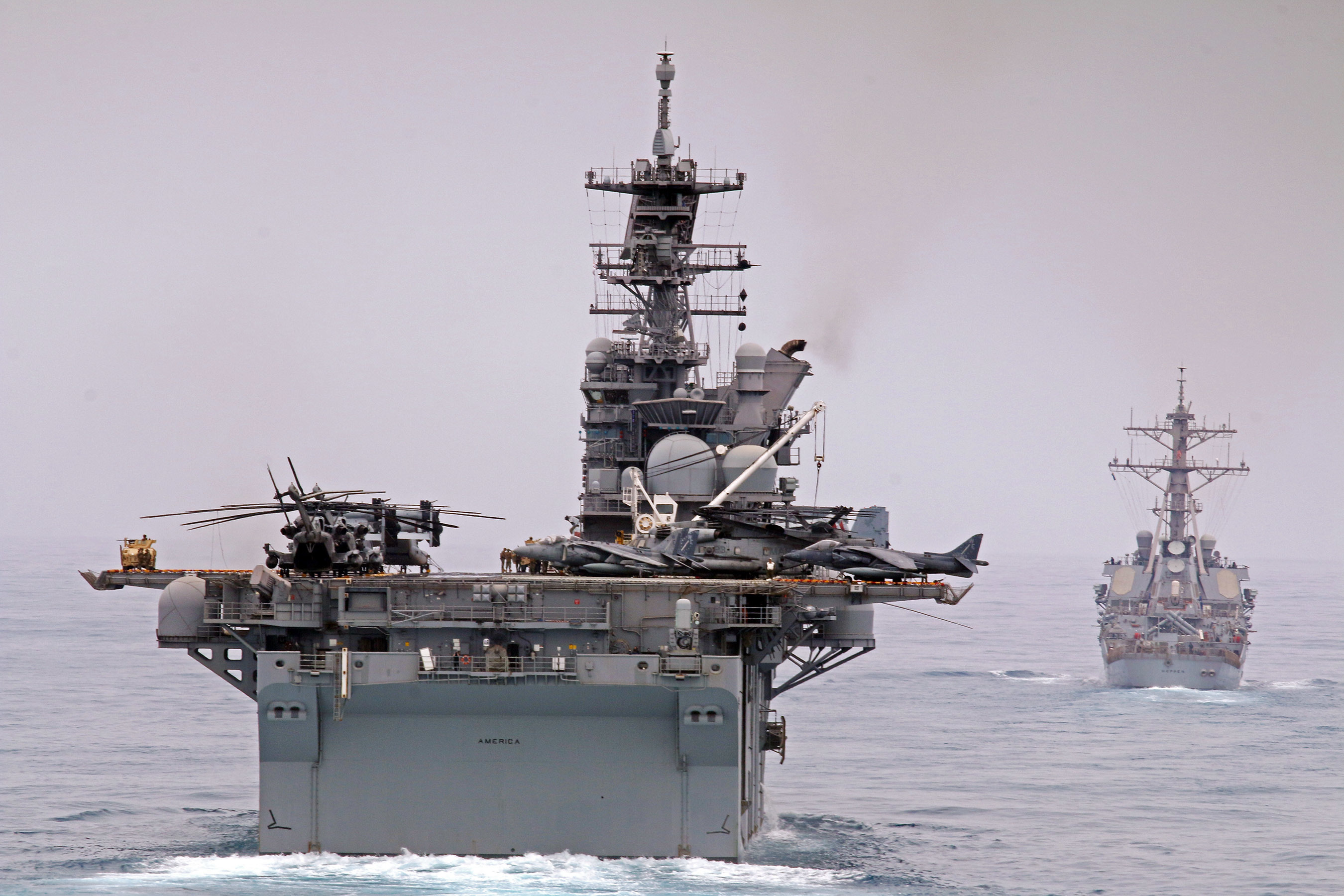 ARLINGTON, Va. — Dwell on what can’t be done or focus on the possible – while at sea, commanders of the America Amphibious Ready Group and embarked 15th Marine Expeditionary Unit chose the latter option and returned praising the first deployment for the first-in-class USS America (LHA-6).

America is an amphibious assault ship built without a well deck. Embarked Marines would likely be transported by air to landing zones, possibly in multiple waves of arrival, as opposed to arriving by sea to hit contested beaches.

“We can be carrier strike group-ish,” Ruiz said.
“Our power projection is the Marines. They are our Tomahawks.”

“There were things that [Pacific Fleet leadership] thought we couldn’t do, but we took calculated risks on being able to show the leadership some of the capabilities of what we can do,” Ruiz said.

As the ARG/MEU left San Diego last summer, Ruiz told USNI News the pending deployment was “a journey of discovery here with opening up and kind of uncorking what we can really maximize with this capability, and it’s also making us think differently about how we use the ships.”

With no well deck, America carried more aircraft. These helicopters and AV-8B Harrier jets provided part of the ship’s defense, but also could be used as part of a larger campaign.

One of the challenges faced by any ARG/MEU operating in the region is what Ruiz called “the tyranny of distance.” Ships are often in a disaggregated formation, operating not only great distances apart but in different bodies of water, under the control of different numbered fleets, and even linked to different satellites for communications. Elements of the MEU spend a significant amount of time ashore while the ships operate elsewhere.

Trying to coordinate the ARG/MEU team while components of it are covered by different satellites can be a particular challenge, Ruiz and Clearfield said. Communications between units is vital, but Ruiz said there are numerous reasons why communications can be down for hours. 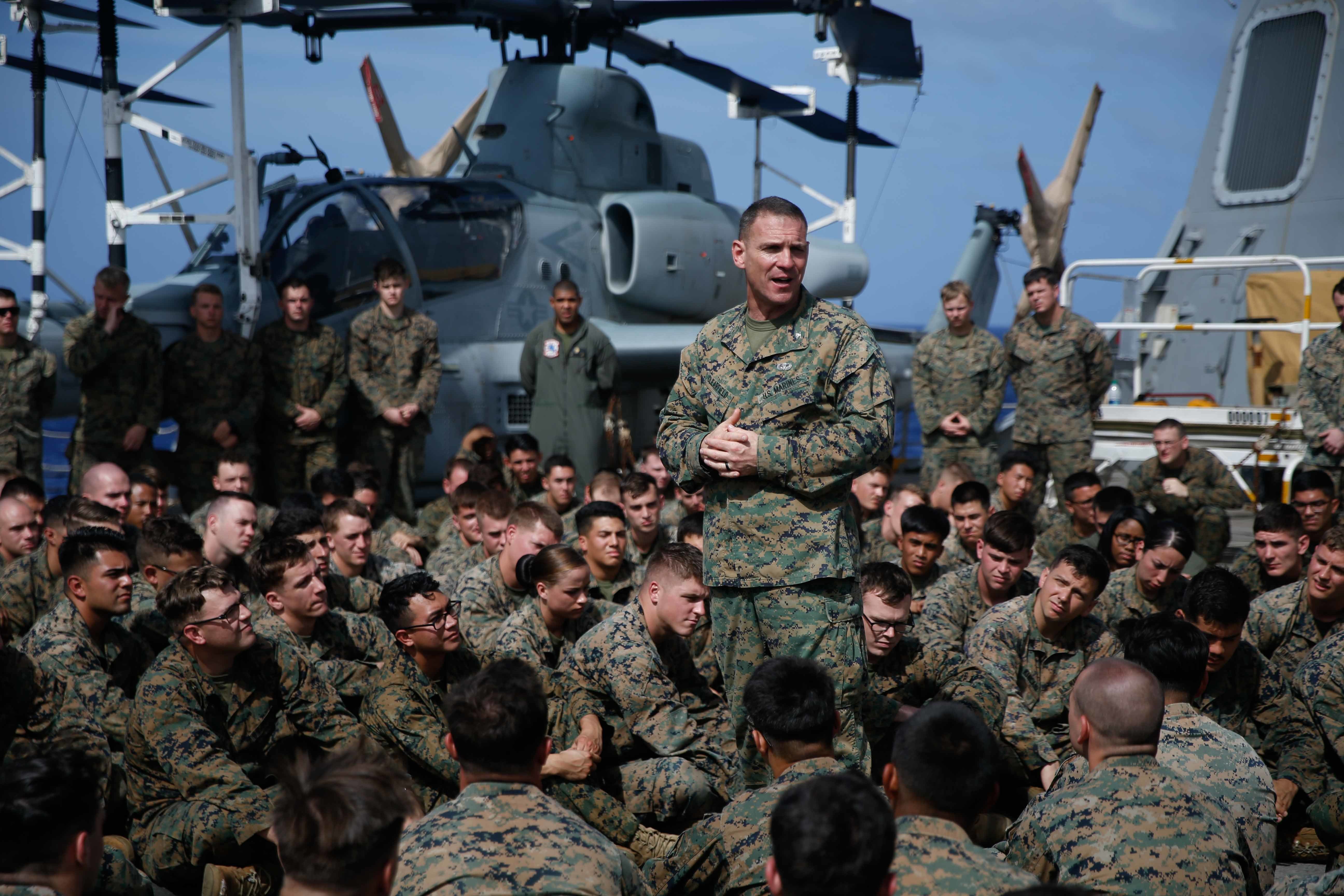 Instead of treating the occasional spotty communications as an annoyance to wait out, Ruiz and Clearfield said they treated this reality of operating at sea as a way to train their commanders to operate in situations when connecting to the chain of command might not be possible for a time.

Accepting communications could be occasionally down, Ruiz and Clearfield managed risk by holding daily meetings with ship commanders to map out the ARG/MEU intent and guidance. Typically, Ruiz said this sort of meeting happens a couple times each week.

“lf we just lost comms because it was a challenge sometimes with satellite communications and weather, then mission command kicked in and they knew what they needed to do,” Ruiz added. “If we’re worried about satellite vulnerabilities, or we are worried about those type of things, well are those things going to be around if we are in a phase two type of fight.” 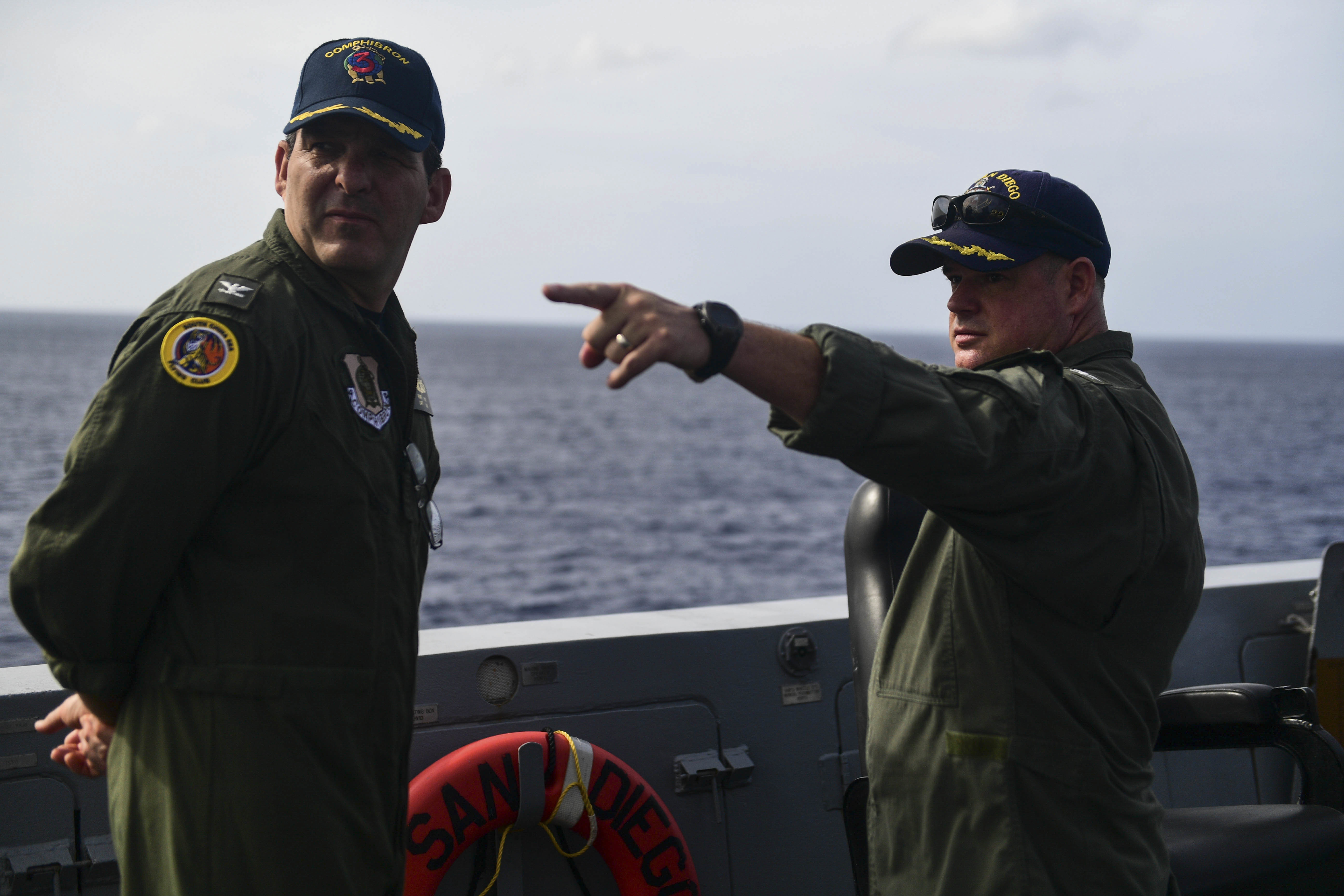 Missions included conducting maritime security in the region and participating in the bilateral amphibious exercise Alligator Dagger in December, where the ARG/MEU worked with French troops and Task Force 51 and 5th Marine Expeditionary Brigade off Djibouti. At one point in November, Clearfield said, members of the MEU were operating in 22 countries, including Italy, Afghanistan, Somalia and the Syrian-Turkish border.

When destroyer USS John S. McCain (DDG-56) collided with a container ship in the Malacca Straits, America responded, providing meals, berthing, and other support to the crew. Whether a U.S. Navy warship, commercial ship or private vessel, Ruiz said assisting ships at sea is part of the mission.

“We don’t get to choose the crisis we get to respond to,” Ruiz said.