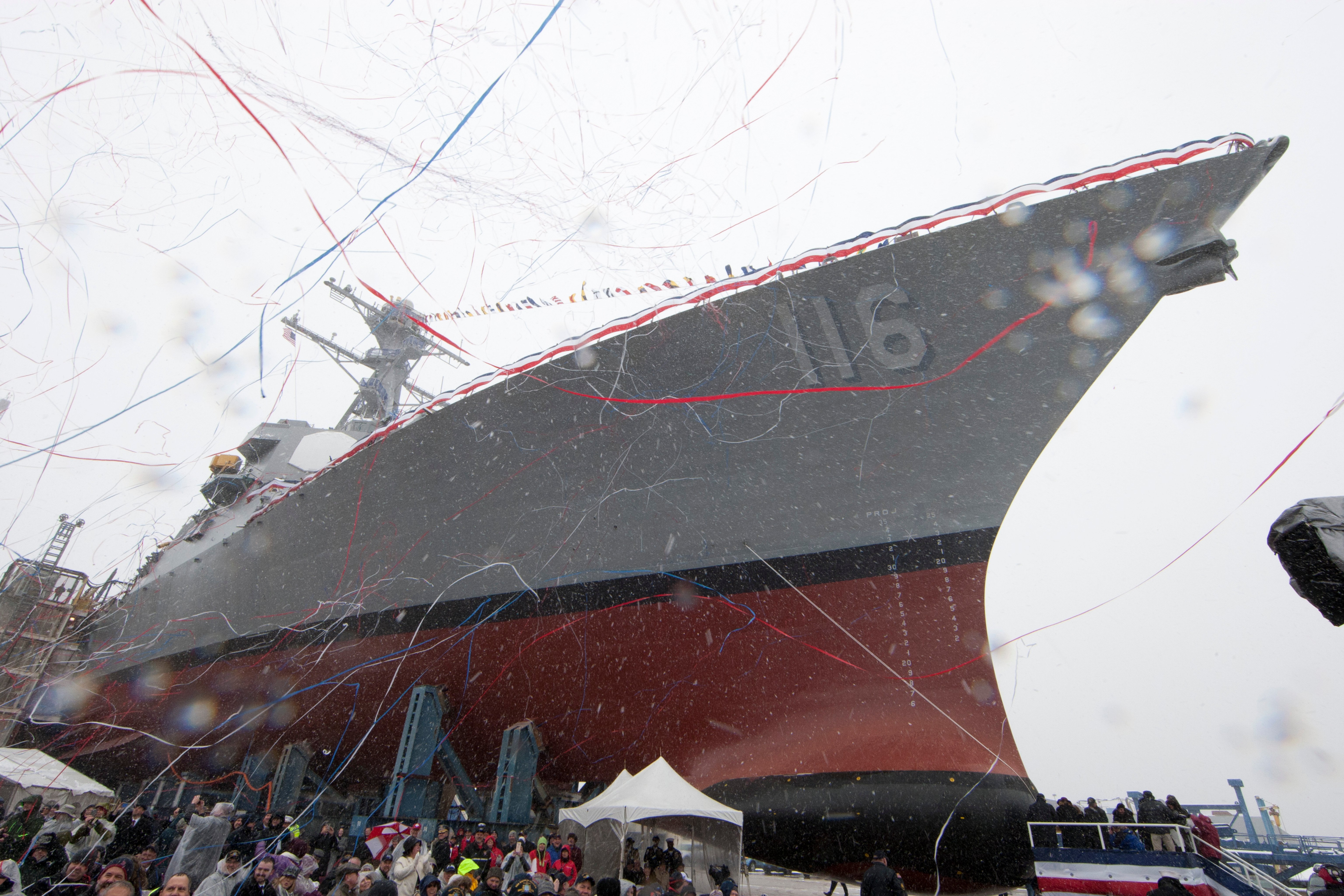 Streamers mix with falling snow during the christening of guided-missile destroyer Thomas Hudner (DDG 116) at the Bath Iron Works shipyard on April 1, 2017 in Bath, Maine. US Navy Photo

Navy Under Secretary Thomas Modly said the service’s long-range shipbuilding plan hits 355 hulls in the 2050s and that changing that rate is up to Congress.

“An acceleration of this plan to achieve 355 ships is certainly possible, but it will require a much more aggressive funding approach and one that must recognize that shipbuilding is just the first step. In addition to building and commissioning these new ships, there will also be significant costs related to the acceleration of manning and maintaining them,” he said during an address at the McAleese/Credit Suisse Defense Programs conference on Tuesday.

The Navy’s so-called 30-year shipbuilding plan, released with the budget request last month, never reaches the goal of 355 ships during the life of the plan but tops out at 342 in 2039 and 2041.

The plan as written has drawn the ire of both Republicans and Democrats. Ahead of Modly at the conference, senior members of the House and Senate defense committees were critical of the Navy’s current plan. 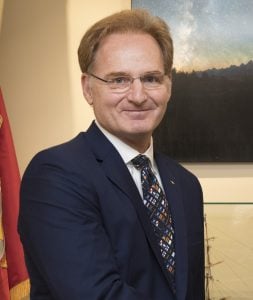 In response to audience questions following his speech, Modly said the Navy has evaluated other plans to speed shipbuilding.

“There are multiple scenarios that will allow us to accelerate that, but it will require additional funding from Congress and prioritization from them to do that. The shipyards are going to make sure that the yards can handle that additional capacity. There are ways that we can draw it into the 2030s, but these are large complex capital projects and it takes them a long time to get them in the water.”

While Modly didn’t go into specifics, there have been several looks how the Navy may get to 355 from other agencies.

Last summer Congressional Budget Office analysts said with a massive $3.1 trillion increase the Navy could accelerate the ship count by the early 2030s. Last year, commander of Naval Sea Systems Command Vice Adm. Thomas Moore said the service could hit 355 hulls in the 2030s by extending the life of existing ships and delaying the retirement of older classes of ships like the Avenger mine countermeasure ships and Cyclone-class patrol crafts, in addition to new ship buys.

In that vein, the Navy is moving to extend a life extension program for six Ticonderoga-class guided-missile cruisers and a trial life extension plan for a Los Angeles-class nuclear attack submarine to keep ships in the fleet longer.

“That is still of limited utility,” he said.
“You still have to build new ships.”

As an example, Wittman was critical of the Navy’s Fiscal Year 2019 $22-billion,10-ship budget submission.