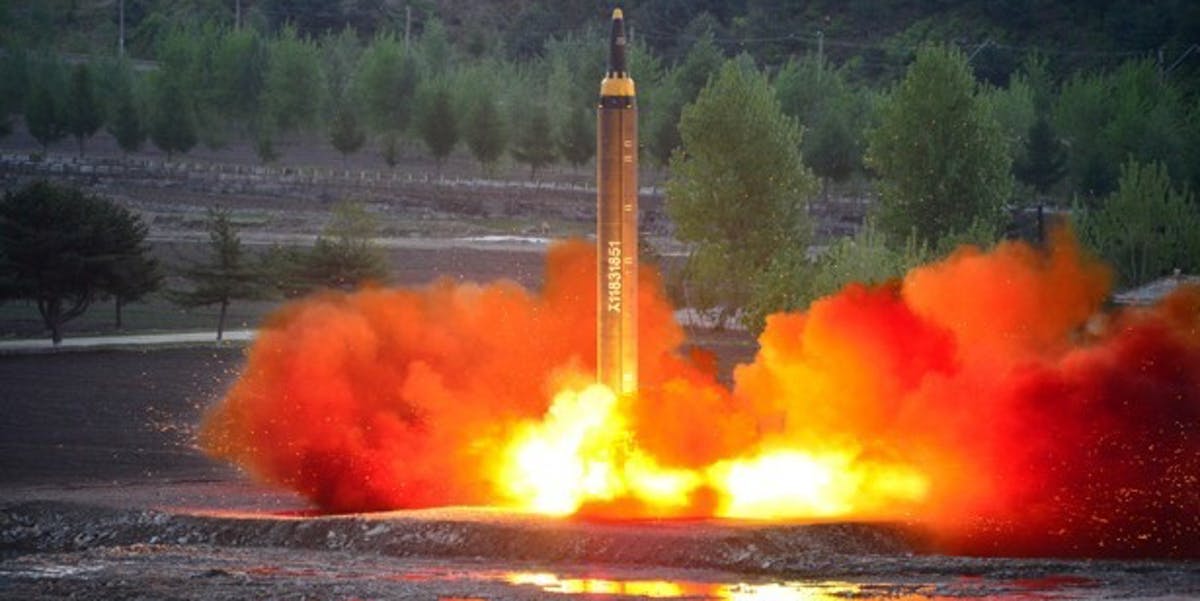 The top military officer charged with defending the American homeland said she had “100 percent confidence” that Northern Command could defeat a ballistic missile attack from North Korea.

Air Force Gen. Lori Robison, testifying before the Senate Armed Services Committee last week, said in her opening statement, “We continue to watch their developments [in ballistic missiles] closely and are prepared to defend” this country.

“We’re looking at discriminating radars” for Alaska and Hawaii to replace existing sensors in ballistic missile defense in identifying their potential targets as one step in meeting the changing threat. In answer to a question, Robinson said that Kim Jong Un, North Korean leader, seems to be focusing more on capability to deliver these missiles to long-range targets than raw numbers.

She said that with the recent congressional budget agreement the United States will be able to make steady investment in discriminating radars, improved interceptors and sensors to “outpace any adversary.” She included Iran in that category as well as Russia and China.

Just as the United States does, “you learn as much by failing as successes” in explaining the role of testing and what North Korea is gaining in these missile firings. She said modeling and simulation have a role in ballistic missile defense testing, but so does live-testing. 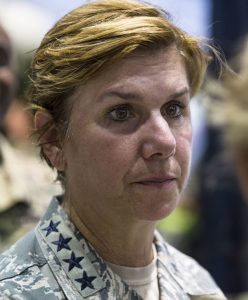 Another reason for the close questioning on the adequacy of ballistic missile defense against North Korean attack was the last test of a U.S. interceptor failed to hit its target.

When asked how the command to false alarms in Hawaii and Japan about a missile had been launched against them from North Korea, Robinson said, “We were quickly confident [through a conference call with other military agencies and the Federal Emergency Management Agency] that nothing happened.” Hawaiian state officials, however, took more than 30 minutes to broadcast there was no imminent attack.

In her role as North American Air Defense commander, Robinson said the United States and Canada are engaged in a review of the “northern approaches” to better “detect, identify, track and engage if necessary” any threat.

“Time to put our feet in the snow,” she said, explaining the need for upcoming military exercises like Ardent Sentry and Arctic Edge to prepare American and Canadian forces for operations in the north.

Right now, Robinson sees Russian military moves in the Arctic as “protecting their shore.” She told the committee the Russians are “moving their infrastructure around” as does the United States. The idea is to “put things in the place they want at the time of their choosing.”

For the Arctic, she is drawing intelligence, surveillance and reconnaissance data from Global Hawk, a high-altitude unmanned system operated by the Air Force. She also is advocating for funds to pay for a heavy icebreaker for the Coast Guard.

Robinson added as a light aside, “I think about this [the need for icebreakers] during the summer … every time Crystal Serenity [a cruise ship] goes through” the Northwest Passage above Canada from the West Coast of the United States to the Atlantic.

She said the command also is reviewing its response to calls from civil authorities for assistance in recovering from 2017 hurricanes, including the dispatch of the hospital ship USNS Comfort (T-AH-20) to Puerto Rico and is preparing a lessons learned document for the future.