Both houses of Congress will vote Thursday on a bill that will fund the Pentagon to the tune of $1.4 trillion for this year and next, giving the Pentagon a boost in cash flow not seen in over a decade, while ditching controversial budget caps, at least for the time being.

The budget deal reached in the Senate would give the Pentagon a two-year funding stream worth $700 billion in 2018, and $716 billion in 2019. If it passed both houses of Congress, the package would finally provide the Defense Department the consistent funding that its leadership has been clamoring for since budget caps were put into place in 2011.

The 2018 budget pushes the total about $80 billion higher than the $549 billion limit set by the 2011 Budget Control Act, reaching $629 billion. That amounts to a 15 percent increase over the previous year’s budget, the largest single-year jump since 2003, when the United States was pouring troops into Iraq, fighting in Afghanistan, and ramping up counter-terrorism operations in Africa and elsewhere. There is another $70 billion marked to pay for the wars in Iraq and Afghanistan. In 2019, the base would blow past the budget caps by $85 billion, reaching $716 billion, with another $70 billion to pay for the wars.

Full details of the 2019 budget request will be released by the Pentagon on Monday.

The two-year deal provides military leadership with the kind of consistent funding they have been demanding in order to reset the force to counter advances made by peer adversaries like Russia and China. It also puts a downpayment on a broader strategic shift away from fighting terrorism to deterring those increasingly sophisticated competitors. 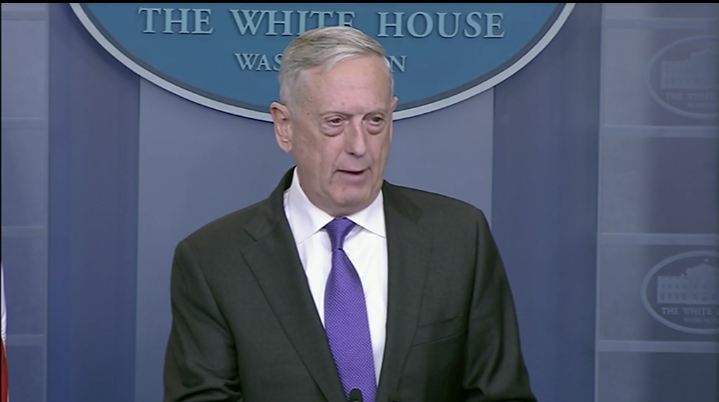 Appearing before the House Armed Services Committee on Tuesday, Mattis offered a bit of a preview of the 2019 ask, saying it will call for new investments in “space and cyber, nuclear deterrent forces, missile defense, advanced autonomous systems, artificial intelligence, and professional military education to provide our high-quality troops what they need to win.”

In many ways, that list mirrors the “Third Offset” modernization priorities implemented by Obama’s Pentagon chief Ash Carter, and his deputy Bob Work.

The proposed deal hatched in the Senate would invest around $41 billion more into Navy budgets, including $12.7 billion for maintenance, $26.2 billion to add new ships to the fleet, and $2 billion to recruit and train sailors.

Longtime defense budget hawks took a victory lap Wednesday when the news broke that the Senate had reached a deal. Sen. John McCain (R.-Ariz.) and Rep. Mac Thornberry (R-Texas), the chairmen of the two Armed Services Committee released a joint statement, saying that the agreement “is indispensable for our national security. After nearly a decade of asking our troops to do more with less, we hope this agreement will allow the military to begin to rebuild and ensure that process can continue into next year.”

But Thursday’s vote, if it succeeds, won’t fix all of the ills that Pentagon leadership and Congressional budget hawks say need fixing. Mackenzie Eaglen, an analyst at the American Enterprise Institute, pointed out that the Budget Control Act — and spending caps — come back in 2020 and 2021, and any mini-deal to wipe out the constraints in those years likely “will not be as kind to the Defense Department,” since this spending plan, coupled with the $1.5 trillion tax cut the Republican-controlled Congress recently passed, will explode the national deficit in the coming years, making new spending even more of an uphill climb. “Pentagon leaders should enjoy this budget apex while it lasts,” Eaglen Tweeted.