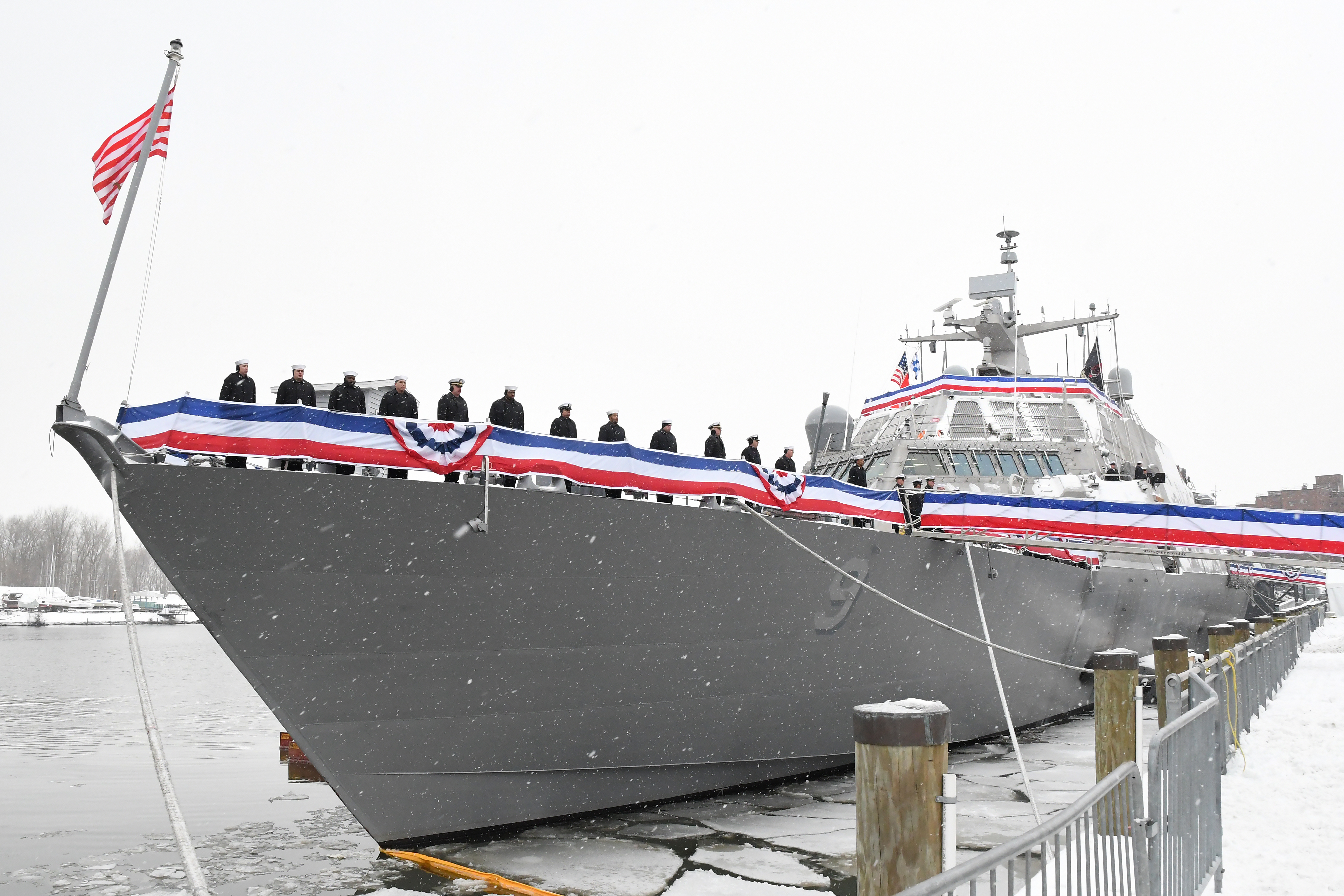 USS Little Rock (LCS-9), the latest Freedom-variant littoral combat ship to join the fleet, is iced in on the St. Lawrence Seaway in Montreal and doesn’t plan to move until the Spring thaw.

“Significant weather conditions prevented the ship from departing Montreal earlier this month and icy conditions continue to intensify,” a Navy spokesperson told USNI News.
“The temperatures in Montreal and throughout the transit area have been colder than normal, and included near-record low temperatures, which created significant and historical conditions in the late December, early January timeframe.”

A sustained blast of Arctic air that extended from late December into January caused ice to form faster than normal within in the Seaway, according to the St. Lawrence Seaway Management Corp., the agency established by the Canadian government to manage the Seaway. The Seaway closed for the season on January 11. Typically, the Seaway is open between March and December.

Little Rock was commissioned on Dec. 16 in Buffalo, next to the decommissioned USS Little Rock (CG-4), the World War II-era Cleveland-class light cruiser that was converted to a guided-missile platform. The region received significant snow accumulation during the week leading up the ceremony, and crew members had to clear several inches of snow off the ship before the ceremony.

After the ceremony, Little Rock was to depart Buffalo, transit the Seaway to reach the Atlantic Ocean, and continue to Mayport, Fla. Now Little Rock will remain in Montreal until the ice clears, likely in March.

“While in port, the crew of Little Rock will continue to focus on training, readiness and certifications,” a Navy spokesperson told USNI News.