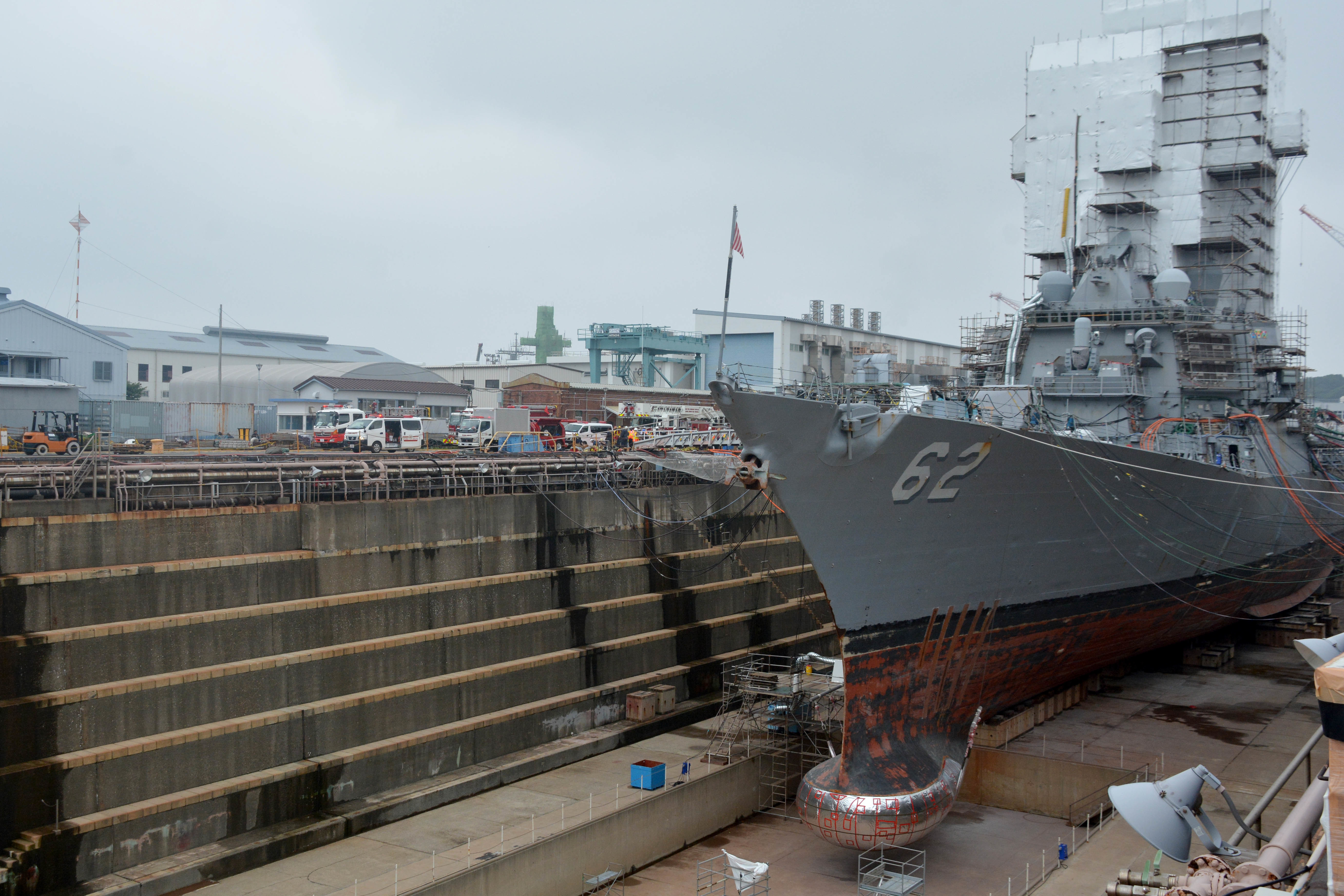 ARLINGTON, Va . – An increasingly large workload for the maintainers of the Forward Deployed Naval Force ships in Japan has led to longer availabilities and less time for training, the head of U.S. Fleet Forces Command said, with the Navy still unsure how to go about reducing that burden.

Adm. Phil Davidson gave an overview of the Comprehensive Review of Recent Surface Force Incidents he led in the fall of 2017, telling a crowd at the Surface Navy Association’s annual symposium that the FDNF ships in Yokosuka saw a great increase in operational demands but also an increase in the time spent in maintenance.

“Ships have been added to Yokosuka in the last few years – a cruiser’s been added and two additional destroyers. That has raised the load on the maintenance community there from what was eight ships now to 11. There was another decision along the way: we’re going to do more advanced maintenance out here in 7th Fleet, including Aegis modernization,” Davidson said during his speech.
“Rising pressure to operate, maintenance avails getting a little more crowded, going long in some instances as that organization learned anew how to do new tasking like Aegis modernization, contracting for it, execute those things. When you’ve got your ops pushing from the right-hand side of the force lifecycle of the ship and maintenance pushing in on the left side, we all know what gets squeezed in the middle is training. And that was a factor” in two fatal collisions and two non-fatal incidents in 2017 among FDNF ships out of Yokosuka.

During the SNA event, House Armed Services seapower and projection forces subcommittee chairman Rep. Rob Wittman (R-Va.) called for bringing FDNF ships home at least once every seven to 10 years for a deep maintenance and modernization period. Some ships, including destroyer USS John S. McCain (DDG-56) that suffered a fatal collision in August, remain in U.S. 7th Fleet for two decades or longer without returning home for repairs or equipment upgrades.

“What’s happened with that is we’ve seen a 50-percent increase in severe material casualties in forward locations. That’s troubling,” Wittman said.
“The question is, how do we address that? We want to make sure those ships get back stateside for deep-dive maintenance that needs to happen. Keeping ships there for 20 years, as good as the work that happens in Yokosuka is, is not enough to make sure we are reestablishing the material readiness of those ships. That actually has to happen to make sure that that rotation is a requirement to say this ship will come back in a seven- to 10-year timeframe.” 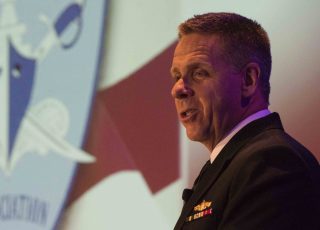 Davidson told USNI News during a question and answer session that he agreed in principle that the ships ought to rotate in and out of FDNF service to ensure they have the ability to be upgraded and maintained stateside from time to time, but he also noted the burden that that swap puts on the rest of the fleet.

“Let me describe for you, I’m going through this right now (with FDNF ships) in Rota: we sent four destroyers with a certain capability over to Rota with the idea that they were going to be there each about six years and then we were going to replace them with four ships with better capability when that capability was online,” Davidson said.
“I’ve been working on that, as the 6th Fleet commander and now here, almost the whole time. And I can tell you, the four ships I’ve got to send next, I’m already pulling them out of strike groups … to do the modernization they need to go, so they’re coming out of strike groups, I’m going to spend all the time doing that modernization, get them off to basic training, I’m going to send them over there, I’m going to get back four ships that then are going to require docking availabilities, they might require some modernization as well, that might be extended time. Pretty soon that looks like eight ships that are out of the strike group rotation for three years. We’re going to need a bigger navy to have that kind of policy.”

Davidson conceded that perhaps some ships might operate under this kind of rotation between FDNF service and stateside deployments while others would remain forward-stationed indefinitely.

Given the burden on the overall fleet to support swapping four destroyers into Rota and four out, Davidson said he had to consider “the impact it has on our ability to generate the total navy, not just that navy forward.”